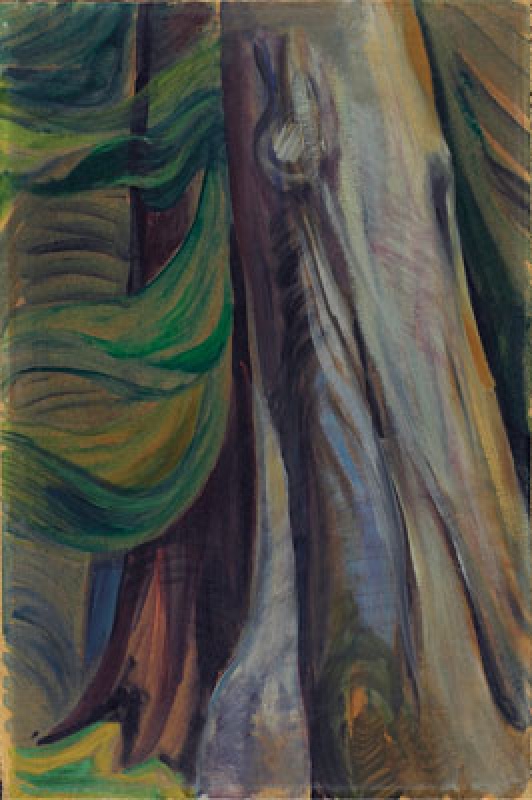 In conjunction with From the Forest to the Sea: Emily Carr in British Columbia, join us as artists, writers and curators offer their insights into the work of Emily Carr. Featuring filmmaker Jennifer Baichwal, Kwakwaka'wakw artist Corrine Hunt, curator Sarah Milroy, artists Silke Otto-Knapp and Jessica Stockholder, writers Susan Crean and Susan Musgrave.

Jennifer Baichwal has been directing and producing documentaries for 20 years. Her films have played all over the world and won awards nationally and internationally. Let It Come Down: The Life of Paul Bowles won an International Emmy in 1999. Manufactured Landscapes, about the work of artist Edward Burtynsky, was released in 12 countries. Act of God, about the metaphysical effects of being struck by lightning, opened the Hot Docs Film Festival in May 2009. Payback, an adaptation of Margaret Atwood’s Massey Lectures produced by Ravida Din and the National Film Board, premiered in competition at the Sundance Film Festival in January 2012 and was released in Canada and the U.S. that spring. Watermark (co-directed by Edward Burtynsky, produced and filmed by Nick de Pencier), is a feature documentary film about human interaction with water around the world. It premiered at the Toronto International Film Festival in September 2013, won the Toronto Film Critic’s Association prize for Best Canadian Film 2014 and the Canadian Media Awards prize for Best Documentary 2014. It is currently in release in various countries.

Susan Crean is a writer, cultural critic, teacher and activist whose books include Who's Afraid of Canadian Culture? (1976), Grace Hartman -- a Woman for her Time (1995) a biography of feminist labour leader Grace Hartman, and The Laughing One -- a Journey to Emily Carr which was nominated for the Governor General's Award for Literature in 2001 and won B.C.'s Hubert Evans Prize for non-fiction. She is a former columnist for Canadian Art and book reviewer for the Vancouver Sun. Crean was the first Maclean-Hunter chair in Creative Non-Fiction at the University of British Columbia, a post she held for a year before returning to full-time writing in 1992. She is currently writing a book on Toronto. Her research blog for the book What is Toronto has  been rated one of the world's best city blogs by The Guardian.

Jessica Stockholder was born in Seattle, and raised in Vancouver where she attended the University of British Columbia for two years, and then graduated with a BFA from the University of Victoria in 1982. In 1985 she received an MFA from Yale University, in 2010 an honorary Doctor of Fine Arts degree from Emily Carr College of Art, and in 2013 an honorary Doctor of Fine Arts degree from Columbia College in Chicago. She spent 12 years as the Director of the Sculpture Department at the Yale School of Art, and is presently employed as Chair of the Department of Visual Arts in Chicago. Her work has been exhibited at the Vancouver Art Gallery, The Power Plant, Dia Center for the Arts, NYC; Whitney Museum of American Art, NYC; P.S.1 Contemporary Art Center, Long Island City; SITE Santa Fe; Venice Biennale; Kunstmuseum St. Gallen; and Centre Georges Pompidou, Paris; among others.

Listen to the Talk
Sarah Milroy - From Forest to the Sea: Emily Carr in British Columbia
33 minutes
Curator Sarah Milroy lets you into her mind and thoughts around Emily Carr’s artwork of landscapes across Canada including her encounters with indigenous cultures.

This event is followed by Screening: In the Land of the Head Hunters.