Facing the Lens, Seeing the Light: Observations on Portrait Photography 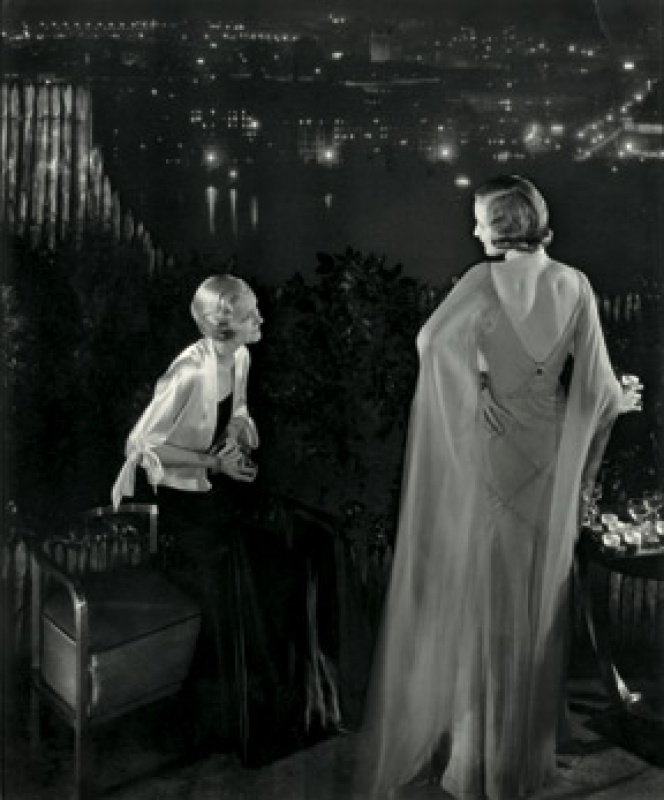 Facing the Lens, Seeing the Light: Observations on Portrait Photography

An Art Gallery of Ontario and Royal Ontario Museum co-presentation!

This illustrated talk will explore different facets of the photographic portrait, its significance through the history of photography and its enduring fascination, adding context to the concurrent exhibitions Edward Steichen: In High Fashion, The Condé Nast Years1923-1937(at the Art Gallery of Ontario), and Vanity Fair Portraits:Photographs 1913-2008 (at the Royal Ontario Museum).

Panelists include Lilly Koltun, Director General of the Portrait Gallery of Canada, noted photographer Nigel Dickson, and gallery owner Jane Corkin. Moderated by Sophie Hackett, AGO Assistant Curator of Photography, and Francisco Alvarez, Managing Director of the Institute for Contemporary Culture at the ROM.

Admission is free, and is on a first come, first serve basis.

This is a co-presentation by the Institute for Contemporary Culture and the Art Gallery of Ontario.

About the Panelists and Moderators

Born in Boston, Jane Corkin obtained a B.A. from Queens specializing in Art History and Political Science. She worked as an assistant at the David Mirvish Gallery from 1972 to 1978, establishing its Department of Photography in 1974. Corkin left the Mirvish Gallery to open the Corkin Gallery, where she has served as owner and president since 1978. Programming at the Corkin Gallery is defined by a concern for contemporary issues crossing the boundaries of all media. In addition to its contemporary program, the gallery presents photography from both the 19th and 20th centuries, demonstrating the ongoing dialogue between contemporary artists and their historical precedents.

Nigel Dickson is an international award-winning photographer whose work has been published over the past thirty years in numerous magazines, from Saturday Night to Esquire, Fortune, Newsweek and Rolling Stone. He has won 16 National Magazine Awards, the most awarded to any artist in the Visual Design category's history; 25 Art & Design Club Canada Awards; two international ANDY Awards;the Les Usherwood Award for Lifetime Achievement from the Art & Design Club of Canada; and a handful of others in both Canada and the United States.Dickson currently lives in Toronto with his wife and two children.

Dr. Koltun has worked in a variety of areas connected with her expertise in the history of art. She has been at the National Archives of Canada since 1976. Dr.Koltun achieved an Honours B.A. in art history from the University of Toronto, an M.A. from the Courtauld Institute of Art at the University of London,England, and a PhD in art history from St. Andrews University, Scotland, where her thesis dealt with the history of Canadian photographic portraiture. She has frequently been invited to teach and to speak on topics relating to the history, interpretation and management of art, photography and visual materials, including film. Dr. Koltunwas named Director of the Portrait Gallery of Canada by the National Archivist of Canada, Mr. Ian E. Wilson, in July 2001.

Born in Bogota, Colombia and raised in Ottawa, Francisco Alvarez has lived in Toronto since 1974. He holds both B.F.A. and M.B.A. degrees from York University. Alvarez joined the ROM in 1999 as Media Relations Manager, served as Director of Communications from 2004 to 2008, and currently works as Managing Director of the Institute for Contemporary Culture. Prior to the ROM,he held communications and administrative positions in several cultural organizations, as well as the private sector (Alliance Broadcasting) and government (Ontario Ministries of Culture & Tourism, and Finance). Alvarez has a keen interest in all aspects of contemporary art and culture and has served on the Board of Directors of several arts organizations in Toronto.

Sophie Hackett is the Assistant Curator of Photography at the Art Gallery ofOntario. Prior to this, as a writer and independent curator, she published writing in Lola, Saturday Night, Xtra!, C, Canadian Art and Prefix Photo.Hackett has curated five exhibitions independently, including The Found and the Familiar: Snapshots in Contemporary Canadian Art, co-curated with Jennifer Long(2002), Flash Forward (2005), and Wallpaper (2005). She completed an M.A. in Art History at the University of Chicago in 2004.

This talk is held in conjunction with the exhibition Edward Steichen: In High Fashion, the Condé Nast Years, 1923–1937.