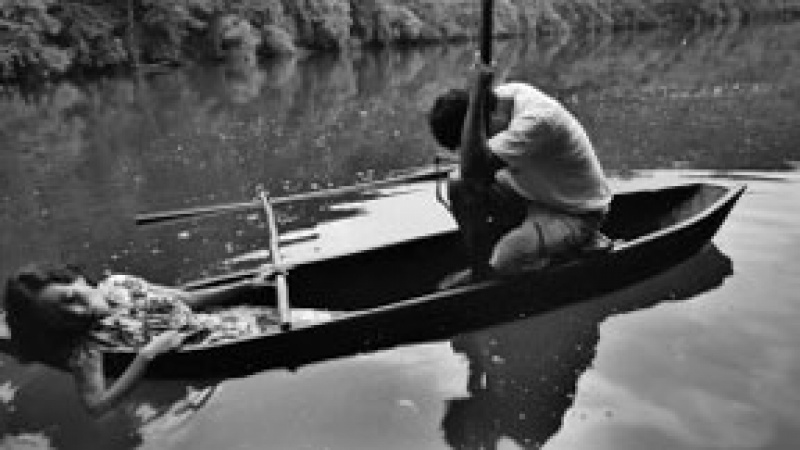 Chronic Traumatic Encephalopathy (CTE) is a progressive degenerative disease of the brain found in athletes (and others) with a history of repetitive brain trauma. The condition has been known to affect boxers since the 1920s and since then has been diagnosed in football players and other individuals who are subject to frequent concussions. The resulting degeneration of the brain tissues can eventually cause memory loss, confusion, impaired judgment, impulse control problems, aggression, depression, and eventually, progressive dementia.

In Florentina Hubaldo, CTE, Lav Diaz chronicles the suffering and struggle of a young woman held captive by her father and forced into prostitution in the Bicol region of the Philippines. Florentina's story eventually intersects with that of a farmer and his dying wife, as well as that of two treasure seekers from the city whose fruitless endless digging is interrupted only by the haunting sounds of a gecko. An epic Dickensian portrait of suffering, poverty, greed, desperation and abuse, the characters in this film are all products or symptoms of the colonial trauma, war, political devastation and natural disaster that has been the everyday reality of life in the Philippines for hundreds of years.