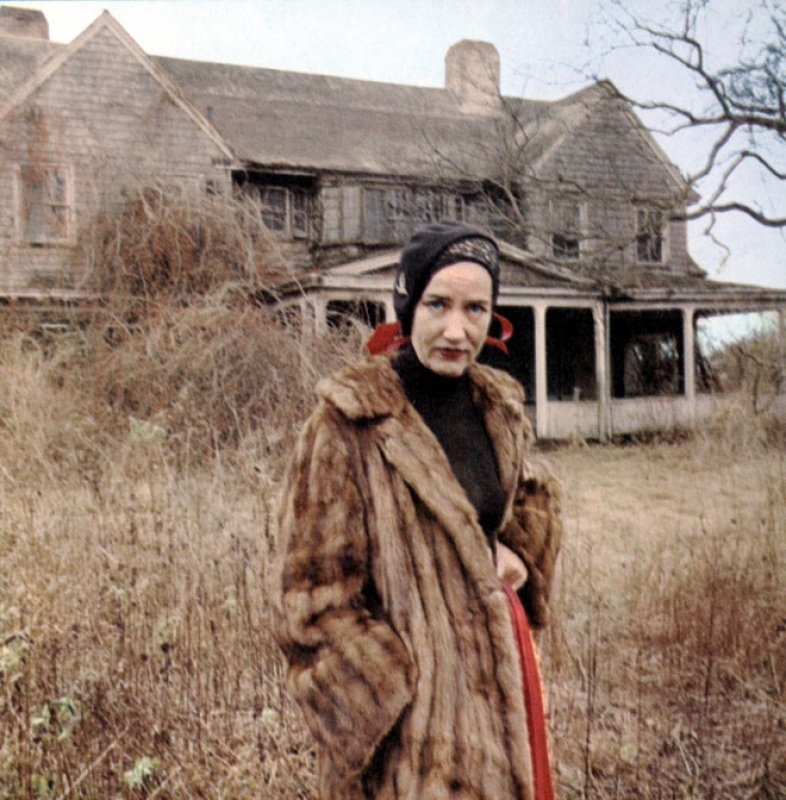 Considered one of the best documentary films of all time, this cult classic chronicles the lives of mother and daughter “Big Edie” and “Little Edie” Beale in their flea, cat and raccoon-infested home, Grey Gardens. The Beales thrive together amid the decay and disorder of their East Hampton, New York, mansion, where intimate conversations are interspersed with private celebrations (Big Edie's birthday party) and "public" reminiscences of their past life in New York high society. This impossibly intimate portrait of the Beales established Little Edie as a fashion icon and philosopher queen, and inspired both a Broadway musical and a made-for-HBO drama.
1976, 94 min.

“Classic documentary ... The subject of the film is performance, and the filmmakers are no mere observers of the action, they’re its catalysts.”—Richard Brody The New Yorker

“A haunting portrait of upper-class decay (with raccoons) ... an otherworldly experience not quite like anything else in the history of cinema ... transformed the art and craft of documentary film ... a perversely magnificent figure [Edie] whose disordered charisma remains potent.” —Andrew O’Hehir, Salon

Tess Takahashi is a Toronto-based scholar who writes on experimental media, film, art installation, and performance. She is working on a book titled Impure Film: Medium Specificity and the North American Avant-Garde (1968-2008), which examines questions of voice in experimental media over a forty year period, and Moving Through Magnitude, which looks as contemporary artists' responses to digital magnitude. She is a member of the editorial collective for the feminist film journal Camera Obscura: Feminism, Culture, and Media and a member of the experimental media programming collective, Pleasure Dome. Her work has been published in CinemaScope, Cinema Journal, Millennium Film Journal, Animation, and MIRAGE, among others.

The provocative and influential films and videos in this series feature intimate and transgressive portraits of subjects who, in wildly diverse ways, challenge systems of authority and normative notions of cultural and personal identity. This seven-part screening series is an extension of the exhibition Outsiders: American Photography and Film, 1950s – 1980s.