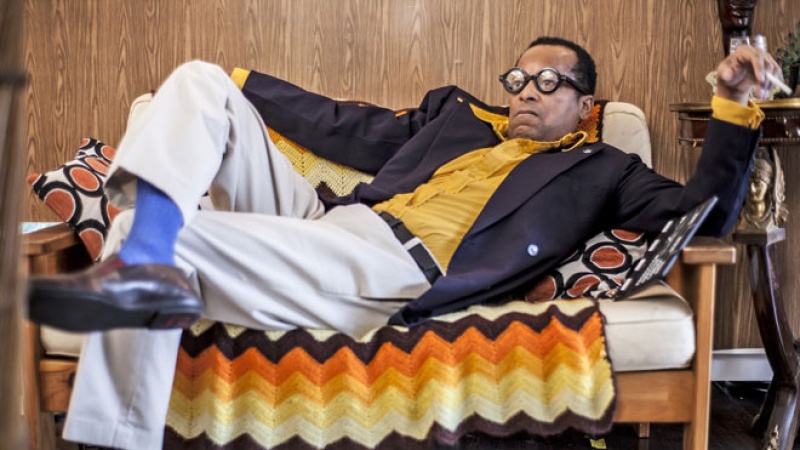 This powerful new film revisits Portrait of Jason with an improvised re-creation of Clarke’s film shoot, featuring Jack Waters as Holliday and Sarah Schulman as Clarke. In reinterpreting and fictionalizing a canonical work of nonfiction film, Winter creates a complex view of the power relations and societal conflicts from which Clarke’s film arose.
2015, 79 min.

“For generations of queer men of color who have been horrified by Holliday’s on-screen fate, Jason and Shirley offers a reinvention of a historical moment that sought to consign them to the roles of mascots and scapegoats.” —Tavia Nyong’o, The Guardian

Michèle Pearson Clarke is a Trinidad-born artist who works in photography, film, video and installation. Using archival, performative and process-oriented strategies, her work explores queer and black diasporic longing and loss. Recent exhibitions include Parade of Champions at Ryerson Image Centre, Toronto (2015), (art)work(sport)work(sex)work at The Power Plant, Toronto (2015) and Complex Social Change at Doris McCarthy Gallery, Toronto (2015). Recent film screenings include Images Festival, International Short Film Festival Oberhausen, and Experimenta India. She holds an MSW from the University of Toronto and an MFA in Documentary Media Studies from Ryerson University.