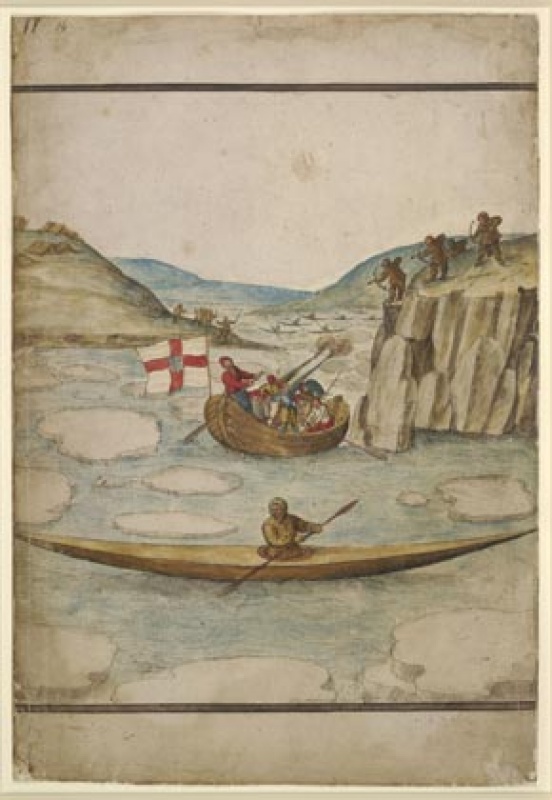 In 1576 an Inuk man was brutally captured by explorers on Baffin Island (now Nunavut). Despite his injuries, he was one of the first New World inhabitants to reach England alive, and became the subject of two life-size portrait paintings by the Netherlandish artist, Cornelis Ketel. Although these portraits, and others by Ketel of an Inuk woman and child, are now lost, Nicole Blackwood from the University of Toronto has carefully reconstructed their appearance. Blackwood unravels this intriguing tale using printed images and textual records of the voyage, and argues that these lost and previously forgotten works played a key role in promoting arctic exploration.

Generously Supported by the Master Print and Drawing Society of Ontario