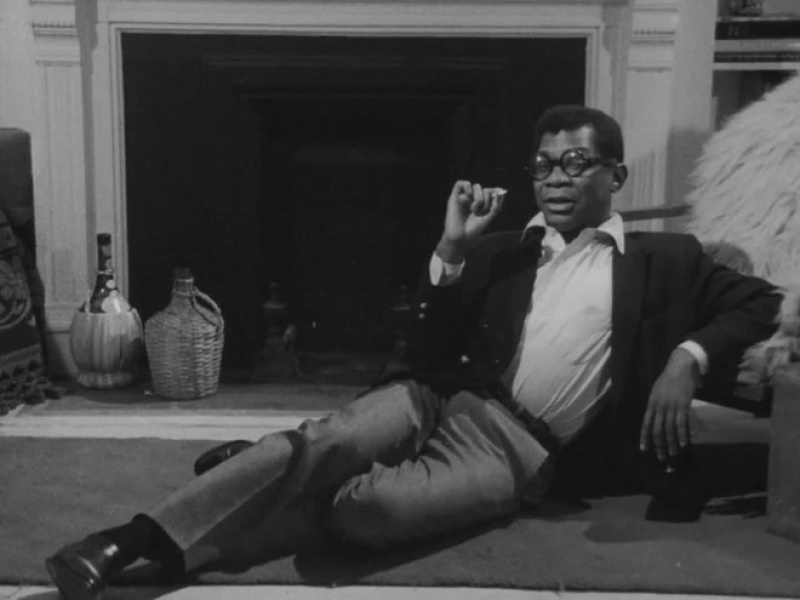 This first-person portrait of the inimitable Jason Holliday (Aaron Payne) challenged the notion of what a documentary could be while revealing the deeply uncomfortable relationship between Holliday and Clarke. “Experimental filmmaker Clarke culled her Portrait of Jason from a grueling, 12-hour interview with her subject, Jason Holliday. A complicated examination of cinéma vérité conventions, the spectacle of the interviewed subject, and the seeming exoticism (for a mostly white, avant-garde audience) of a gay, African American performer and sometime hustler, the film is Holliday’s. His difficult performance of self against the filmmaker’s goading and unflinching gaze remains, in the end, his own.” –SFMOMA

“Holliday (1924-98) is on camera for an hour and forty-five minutes, but he fills them with his whole life. He’s a monologuist of mercurial, Falstaffian genius…” —Richard Brody, New Yorker

“The most fascinating film I’ve ever seen.” —Ingmar Bergman

Lina Rodríguez was born in Bogotá, Colombia and studied film at York University in Toronto. She has written, directed and produced several short films which have been participated in multiple festivals such as the Festival des Films du Monde, the New York Film Festival, the Fribourg International Film Festival and the Images Festival. She has also created and produced film and video installations and performances that have shown in several galleries and festivals such as Scotiabank Nuit Blanche, the 1st Performance Art Festival in Bogotá and Lennox Contemporary Gallery. Her first feature film, Señoritas, had its world premiere  at the Festival Internacional de Cine Cartagena de Indias (FICCI) and its US premiere at Latinbeat 2013 at the Film Society of Lincoln Center. She is currently in post-production of her second feature called This Time Tomorrow.