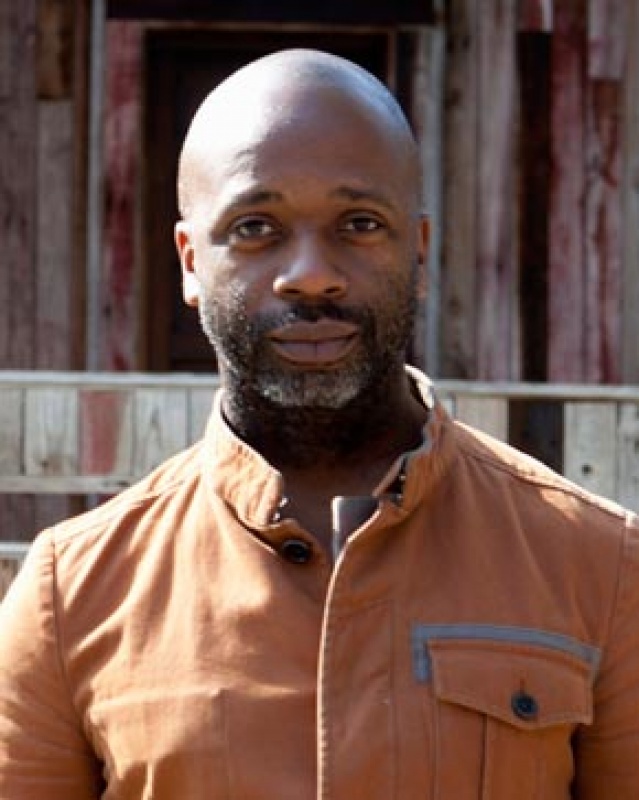 To Dig Constantly, Mining Myself

In this excerpt from his lecture/performance, artist Theaster Gates reflects on the last 10 years of his art practice through the medium of his 60,000-piece glass lantern slide collection, given to him by the University of Chicago's art history department. Delving into this body of images, Gates considers African art forms and notions of primitivism in modern art alongside his own research and making process, and responds to questions from the audience.

Theaster Gates lives and works in Chicago. Trained as an urban planner and sculptor, he has developed an expanded artistic practice that includes space development, object making, performance and critical engagement with many publics. Gates transforms spaces, institutions, traditions, and perceptions. Playing with poetics of production and systems of organizing, Gates has assembled gospel choirs, formed temporary unions, and used systems of mass production as a way of underscoring the need that industry has for the body.

Recent exhibition and performance venues include Los Angeles Museum of Contemporary Art; Milwaukee Art Museum; Contemporary Arts Museum Houston; and the Whitney Biennial in New York. Gates was a participating artist in dOCUMENTA (13) in Kassel, Germany, with his '12 Ballads for Huguenot House'. Gates was awarded the inaugural Vera List Center Prize for Art and Politics, honoured by the Wall Street Journal as Arts Innovator of the Year 2012, and commissioned as the Armory Show Artist 2012. Gates is a 2012-13 Creative Time Global Resident and is represented by Kavi Gupta Gallery in Chicago and White Cube in London.