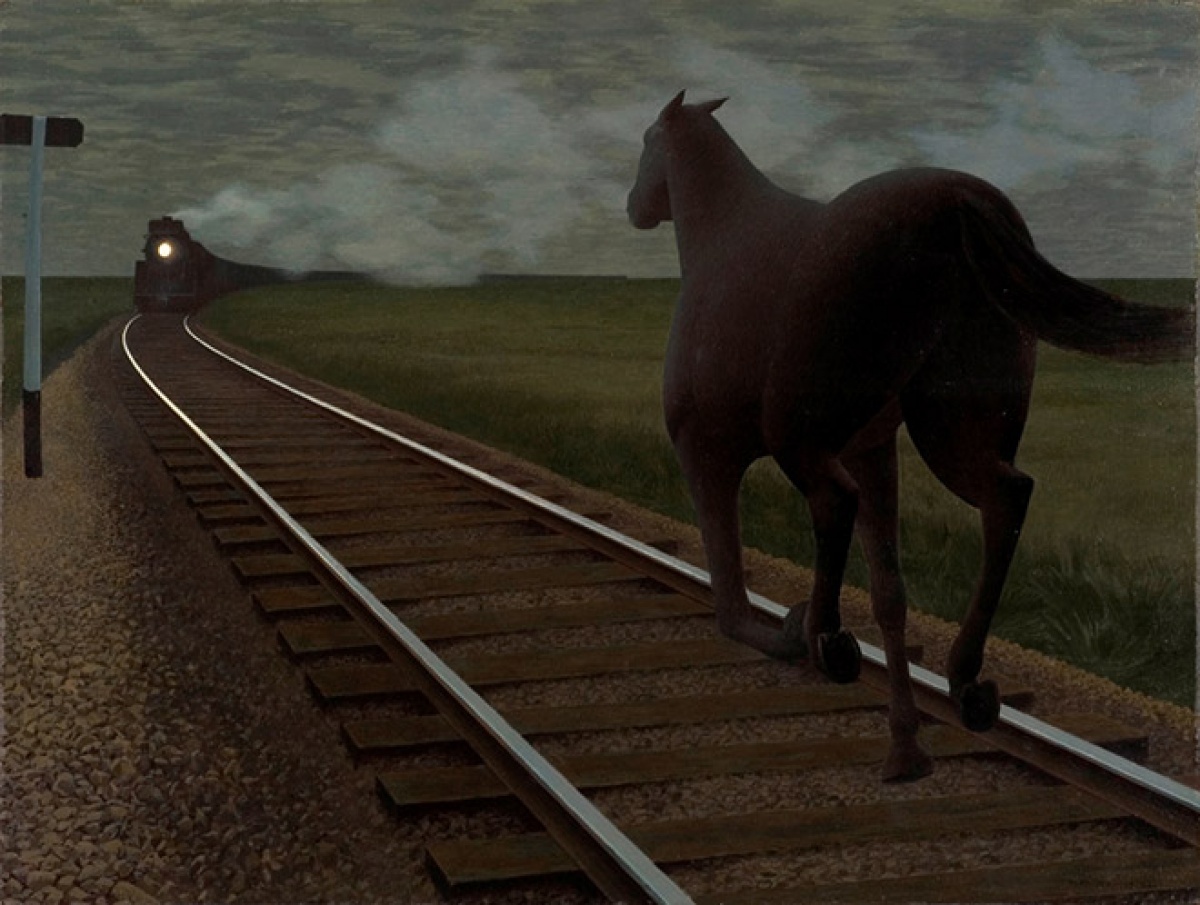 More than 100 works by Canadian icon Alex Colville (1920-2013) will be presented at the Art Gallery of Ontario starting in summer 2014, marking the largest exhibition of the late artist’s work to date. Curated by Andrew Hunter, the AGO’s curator of Canadian art, the exhibition will honour Colville’s legacy and explore the continuing impact of his work from the perspectives of several prominent popular culture figures from film, literature and music.

Known for painting decidedly personal subject matter, Colville’s painstakingly precise images depict an elusive tension, capturing moments perpetually on the edge of change and the unknown, often imbued with a deep sense of danger. Featuring works assembled from museums and private collections nationwide, many of which have never been shown publicly, the exhibition spans Colville’s entire career, including iconic paintings such as Horse and Train, 1953; To Prince Edward Island, 1965; Woman in Bathtub, 1973; and Target Pistol and Man, 1980.

Born in Toronto in 1920, Colville was a painter, printmaker and veteran who drew his inspiration from the world around him, transforming the seemingly mundane figures and events of everyday life into archetypes of the modern condition. He was made a Companion of the Order of Canada in 1982 and won a Governor General's Visual and Media Arts Award in 2003.

Organized by the Art Gallery of Ontario with the generous collaboration of the National Gallery of Canada.