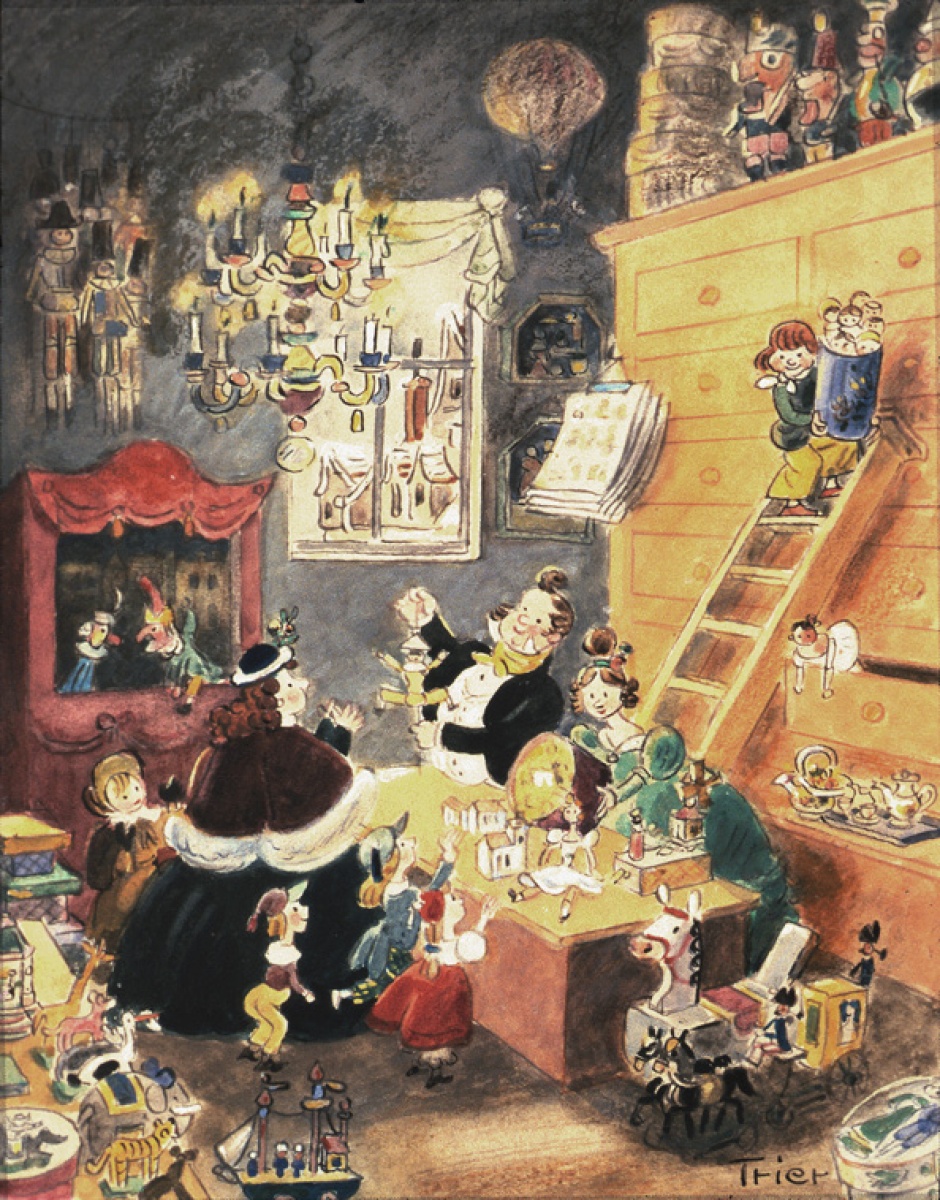 Animal Tales: Beasts, Toys, and Fables from the AGO Collection

A group of intimate exhibitions that feature the work of two remarkable storytellers – Aesop and Walter Trier. Animal Tales: Beasts, Toys, and Fables from the AGO Collection comprises four installations: Walter Trier: The Animals’ Conference; Aesop and Other Fables; Savage and Sublime: Animal Prints from the 1700s; and Walter Trier’s Toyland. The installations feature brightly coloured illustrations that celebrate the timeless appeal of picture books and the magic of visual storytelling.

Featuring more than 30 original pen-ink-and-watercolour illustrations by Walter Trier, The Animals’ Conference is a classic children’s book written by Erich Kästner and published in 1947. It tells a story of a group of animals who hold a peace conference at the same time as government leaders meet to discuss war. As the story progresses, the animals are forced to take drastic measures to ensure a future without conflict. The playful story unfolds through Trier’s vivid watercolours, and in a nod to its young visitors, the AGO has replaced traditional wall labels with the text of the story and hung the works at a kid-friendly height. Hands-on activities for kids will be available inside the exhibition and copies of various translations and editions of the book will also be on view.

Aesop and Other Fables

Aesop’s Fables has been published continuously for seven centuries and was one of the first illustrated books to be printed after the invention of the printing press. Published first in Latin, the fables have been translated into numerous languages over the centuries. This exhibition features selections from 27 different editions of Aesop’s Fables—the earliest published in 1667, the most recent in 2008—displayed alongside texts from some of the most treasured tales, including “The Hare and the Tortoise” and “The Fox and the Crane”. The exhibition also features 12 etchings by Francis Barlow, originally published in 1687 in the volume Aesop’s Fables with his Life: in English, French and Latin.

Savage and Sublime: Animal Prints from the 1700s

In the late 1700s images of wild animals – lions, tigers, leopards and untamed horses – appealed to the widespread fascination in Britain for the exotic and the dangerous. According to philosophers, an individual could experience the sublime through the contemplation of awe-inspiring, terrifying subjects. George Stubbs, for example, combined tension and alarm with an eerie calmness in his horse and lion combat themes. Stubbs’s images, and those of his contemporaries, reached large audiences through prints made after their paintings by other artists. Remarkable translations of the paintings were achieved using the tonal ranges and velvety blacks of the mezzotint engraving process.

Among the the eight works on view in this intimate installation are rare prints acquired by the AGO in 2007 from the estate of Christopher Lennox-Boyd, whose distinguished collection included the world’s largest holdings of mezzotints.

Walter Trier was an avid collector of traditional German folk toys. The simple expressive forms and whimsical qualities of the toys provided a constant source of inspiration for his art, and in 1922 he illustrated the picture book Spielzeug (Toys).