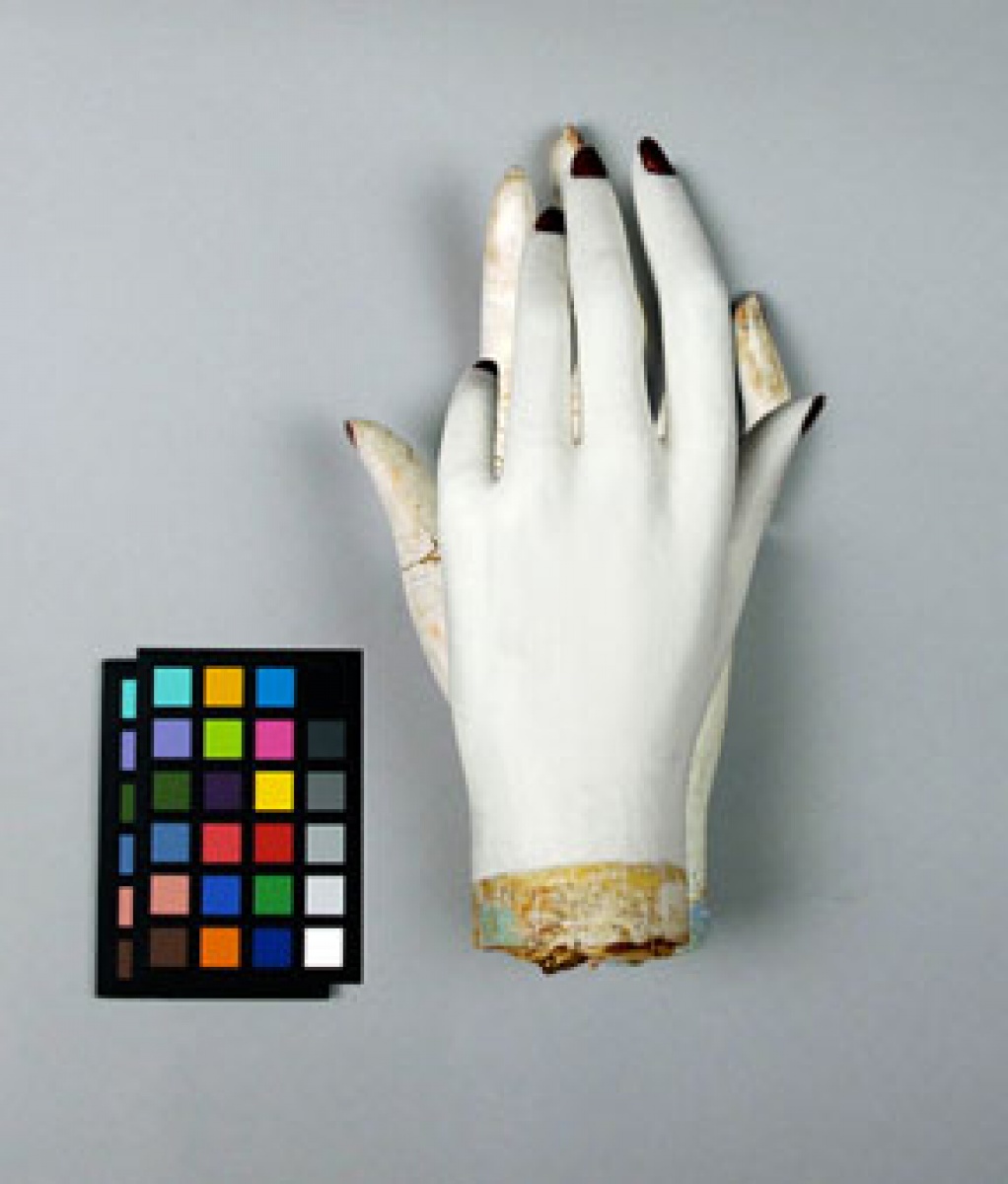 The Art Gallery of Ontario is pleased to announce that the Toronto Now series continues with an exhibition by local artist Annie MacDonell. Presented in partnership with the 25th Images Festival, The Fortune Teller features a selection of works from an ongoing series in which the artist interrogates ideas around originality, authenticity and appropriation as they relate to the production and consumption of contemporary art.

The central work presented is a video piece titled The Shape of Time, Reconsidered. Originally shot on 16mm film in the AGO conservation lab, the work follows the actions of an art conservator as she restores the resin hand from an early-twentieth-century fortune-telling machine. The restored object itself is also presented, along with a series of images depicting it at different stages of being. Together, the works address the relationship between past, present and future. The hand serves as an allegory for a more elastic conception of historical time as it relates to art and objects, originality, and the obsession with progress which defined the 20th century.

Annie MacDonell is a Toronto-based visual artist who works in a variety of media. Moving between appropriation, re-animation and deconstruction, her practice includes photography, film, installation, sculpture and sound. She studied photography at Ryerson's School of Image Arts, followed by an MFA at Le Fresnoy, Studio National des Arts Contemporains, in France. She has exhibited and screened film works across Canada and internationally. Most recently, she has had solo shows at the Art Gallery of Windsor, Mercer Union in Toronto and Katharine Mulherin Contemporary Art Projects in Toronto. She has also participated in group shows at The Power Plant in Toronto, Le Grand Palais in Paris and Mulherin + Pollard in New York. Annie MacDonell is represented by Katharine Mulherin Contemporary Art Projects in Toronto. For more information about the artist visit anniemacdonell.ca.

ABOUT THE IMAGES FESTIVAL

The Images Festival is the largest festival in North America for experimental and independent moving image culture, showcasing the innovative edge of international contemporary media art both on and off the screen through film, video, installation, music and performance. The 25th edition of the festival runs from April 12 to 21 in Toronto. For more information, please visit imagesfestival.com.