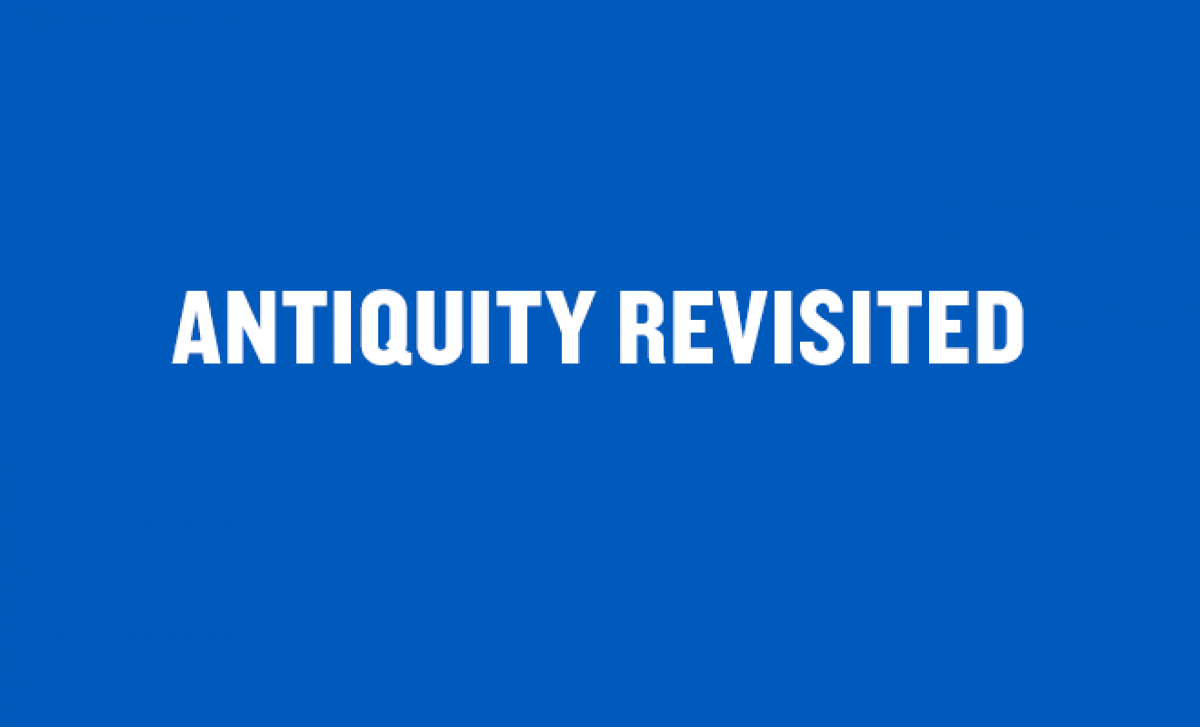 The term "antiquity" refers to the ancient civilizations of Greece and Rome. In the nineteenth century, the classical past was consciously "revisited" by artists, scholars and travellers. Its widespread resurgence was the dominant theme in the works of many different artistic schools across Europe. Artists responded to the ancient world in unique ways. At the beginning of the century, works of art contained didactic messages that were meant to inspire and elevate contemporary viewers through their classical associations. As the century progressed, archaeological discoveries and tourist travel increased both the knowledge and interest in antiquity. By 1870, artists looked to ancient Greece for its pure and idealized forms of beauty, while Rome was seen as the greatest surviving city of the past.

The works in the exhibition have been chosen from the impressive holdings of the Art Gallery of Ontario's permanent collection. Nineteenth century paintings, sculptures, photographs, commemorative medals, frames and travel books exemplify the enduring interest in antiquity. This exhibition highlights works of different cultures, styles and media from various collecting areas within the AGO.

Included in the exhibition are such paintings as Nicolas André Monsiau's Zeuxis choosing His Models, 1797; William Blake Richmond's Electra at the Tomb of Agamemnon, 1874; and Jean-Léon Gérôme's The Antique Pottery Painter, 1893.

The exhibition has travelled to McMaster Museum of Art, Hamilton; Rodman Hall Arts Centre, St. Catharines; and Whitby Arts Inc., The Station Gallery. After the AGO, it travels to Macdonald Stewart Centre, Guelph, and W.K.P. Kennedy Gallery, North Bay.