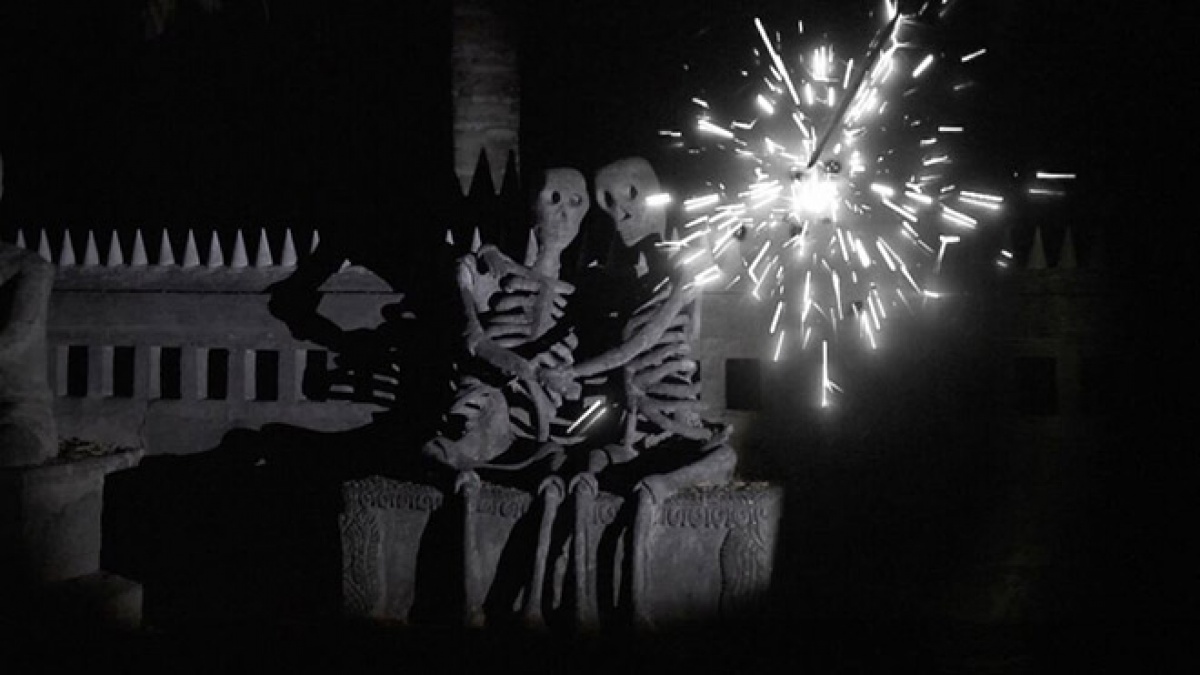 Acclaimed Thai filmmaker Apichatpong Weerasethakul is a singular contemporary artist whose large-scale moving-image installations expand and translate his cinematic fever dreams into a spatial realm. Part of an ongoing project, the work fuses together the artist's explorations of memory, ephemeral elements like light and phantoms, and the malleable nature of history and storytelling while also exhuming Thailand's political legacy through an ingenious use of pyrotechnics.

Evoking the charged political climate of the artist's home region in northern Thailand - a place where, Weerasethakul contends, the arid land and repression from Bangkok have driven people to dream beyond their everyday realities - Fireworks comprises nocturnal images of animal sculptures at the Sal Keoku Temple. The illuminated, immobile beasts convey the spirit behind recent revolts while the spectral figures of Weerasethakul's actors pass through and blend in with the statuary. Memento mori, personal politics and cultural memory thus merge to commemorate the land's destruction and liberation, to haunting and explosive effect.
Video will be screened in Gallery 505

The Wavelengths Programme is generously supported by the Hal Jackman Foundation.