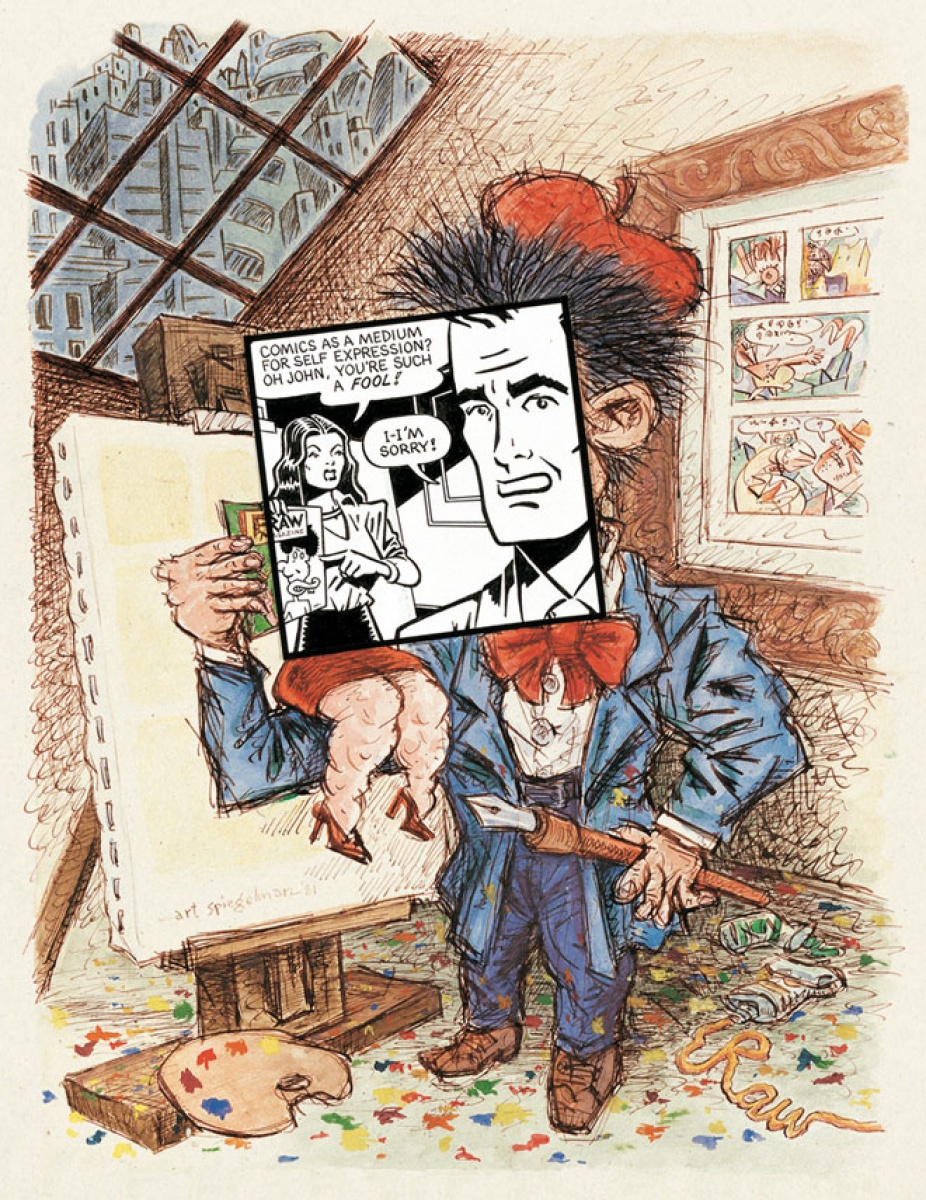 Art Spiegelman, Cover art for Print magazine, May/June 1981. Copyright © 1981 by Art Spiegelman, Used by permission of the artist and The Wylie Agency LLC.

A tireless innovator who is unafraid to tackle difficult subject matter, Pulitzer Prize–winning artist Art Spiegelman has drawn inspiration from a wide range of sources in his work including politics, the Holocaust, Cubism and hard-boiled detective fiction. Maus, a two-volume graphic novel that recounts his parents' life in Nazi-occupied Poland and later at Auschwitz, was the first and only work of its genre to win the Pulitzer Prize, in 1992. Art Spiegelman's CO-MIX: A Retrospective will display original manuscripts of Maus, rarely seen due to their fragility. Representing the breadth of Spiegelman's career, the exhibition also features 300 works on paper ranging from trading cards to magazine covers, including rarely seen works from Spiegelman's teens and 20s, original drawings for In the Shadow of No Towers (2004), illustrations for a 1994 edition of the Flapper Age epic poem The Wild Party and original cover art for The New Yorker, including a print of the now iconic black-on-black 9/11 issue. The AGO's installation of Art Spiegelman's CO-MIX: A Retrospective is coordinated by curator Andrew Hunter, Fredrik S. Eaton Curator, Canadian Art. This exhibition is included with general admission.

Art Spiegelman’s CO-MIX: A Retrospective was organized by Rina Zavagli-Mattotti of the Galerie Martel in Paris. First exhibited at the 2012 Festival International de la Bande Dessinée in Angoulême, France, the exhibition is presented at the Art Gallery of Ontario in collaboration with the Jewish Museum, New York.