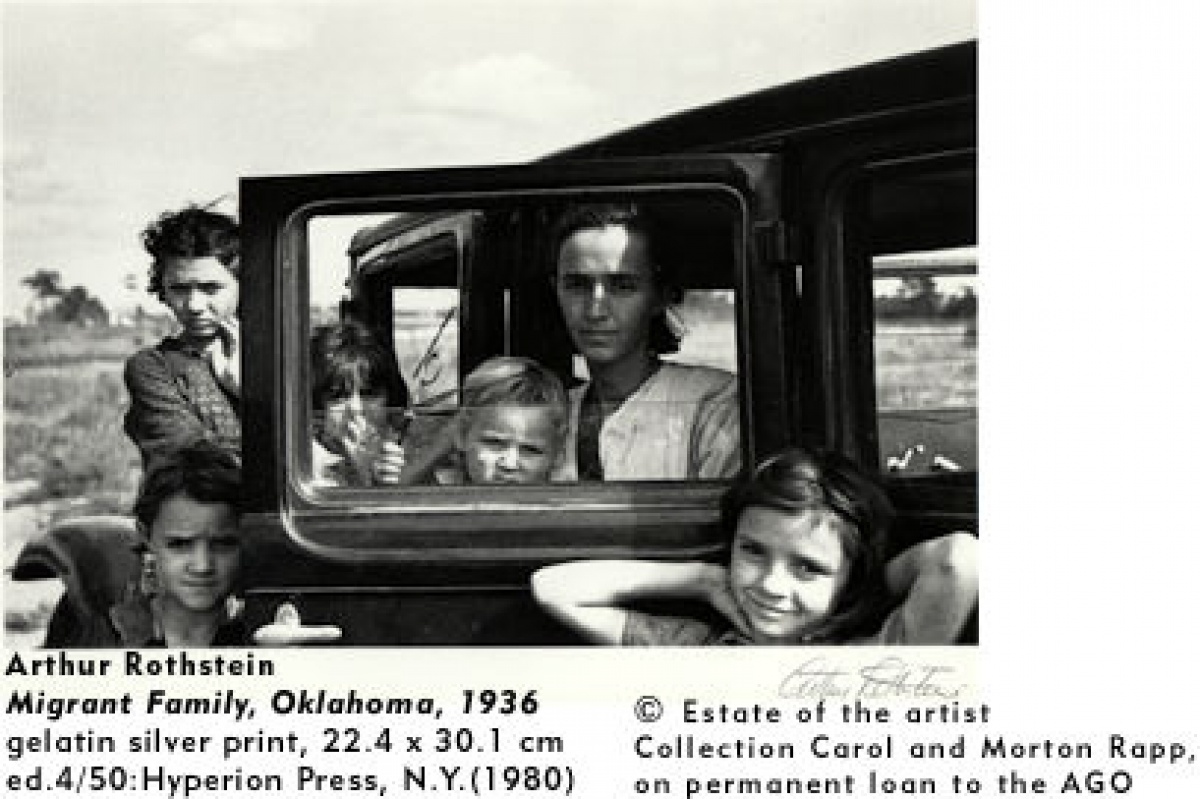 Arthur Rothstein: A Portfolio of Photographs

Arthur Rothstein (1915-1985) produced many enduring images that have become symbols of 1930s America. Included in this exhibition of 22 documentary photographs is also some of his later work, which reveals the range of his vision.

"The word documentary describes a style and an approach. There have been many substitutes suggested realistic, factual, historical but none convey the deep respect for the truth and the desire to create active interpretations of the world in which we live." -Arthur Rothstein

Arthur Rothstein (1915-1985) is hailed as one of America's most influential photographers. Many of his thought-provoking images were taken during the 1930s and have become symbols of an era. In 1935 Rothstein was the first photographer invited to join the Resettlement Administration, later known as The Farm Security Administration (FSA). Its mission was to compile a record that would inform the public of the distressed rural conditions of the time in a meaningful and factual way. The role of photography was to make the message clearer and to raise consciousness in support of pressing issues. Rothstein's ability to gain the confidence of his subjects and to capture the most telling details produced compelling images that have endured beyond the context in which they were originally made.

In 1940 Rothstein joined the world of journalism and undertook documentary assignments throughout Europe and Asia. His gift for both presenting the dramatic and recording the ordinary has endowed his photographic work for over fifty years with an expressive strength that abundantly revealed the humanity of his vision.

All photographs are gelatin silver prints, edition 4/50, published by Hyperion Press, N.Y.,1980. On permanent loan to the Art Gallery of Ontario, these photographs are from the collection of Carol and Morton Rapp.