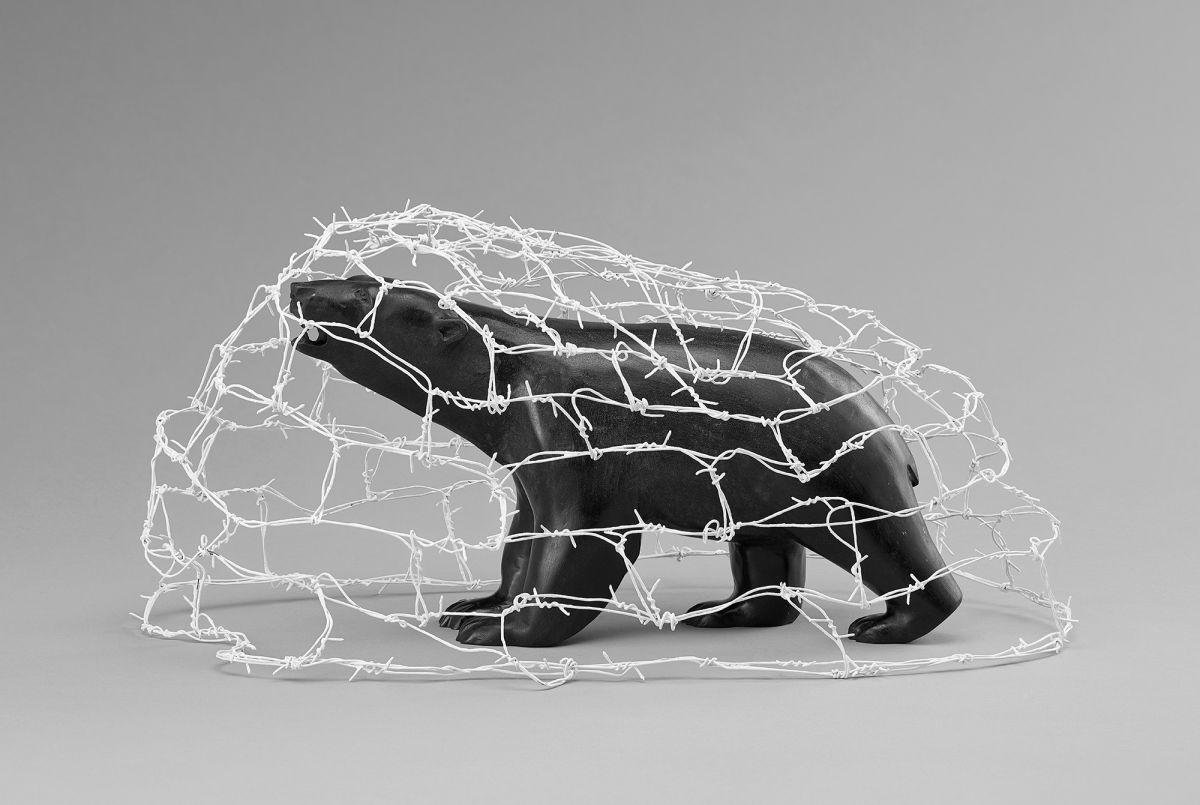 Located on the second floor in gallery 239.

“To me, being an artist is interpreting how you feel and expressing yourself creatively.” — Bill Nasogaluak

Born in Tuktoyaktuk, NWT in 1953, Bill Nasogaluak grew up during a time when traditional Inuit life was colliding with Southern culture. This collision informs the materials and tools he uses, as well as the content of his work. With an unwavering clearsightedness, he expresses the pain and consequences of colonialism in the North, addressing suicide, alcoholism in extraction industry workers, and the devastation of climate change for Inuit and the animals that surround them.

Nasogaluak’s carvings also materialize spiritual and cultural aspects from Inuvialuit ways of being; his hope is to inspire the next generations to keep Inuit culture central to who they are. He follows the stone and the stories wherever they want to take him.

Bill Nasogaluak is a self-taught Inuk sculptor and painter originally from Tuktoyaktuk, NWT. His artwork represents interpretations of what he knows best: his Inuvialuit culture, the mythology and traditions of his people, and the relationship between land and wildlife. Nasogaluak’s media of expression are sculpture and painting—from monumental stone pieces to miniature ivory carvings or outdoor murals. Nasogaluak has also enjoyed working in the ephemeral art forms of ice and snow.