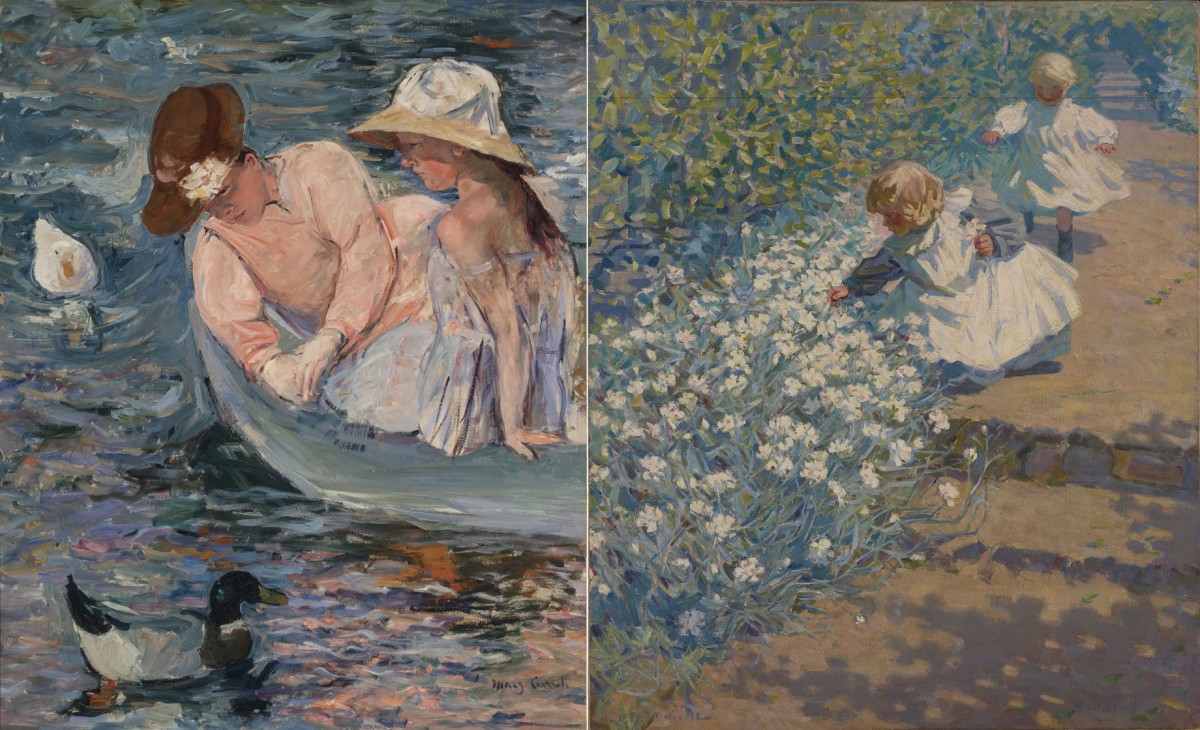 This groundbreaking exhibition brings together for the first time the work of two pioneering women Impressionist painters, Mary Cassatt (American, 1844-1926) and Helen McNicoll (Canadian, 1879-1915).  Renowned for their depictions of modern womanhood, their work had a profound impact on the development and proliferation of Impressionism in North America.

Drawing upon the AGO’s significant collection of McNicoll works, this original and eye-opening exhibition will be the first in Canadian history to centre Cassatt’s paintings and works on paper.  Educated in Philadelphia and Montreal, Cassatt and McNicoll both left North America for Europe in their early 20s to study and pursue art professionally. Cassatt was an original member of the Impressionist movement in Paris, and a generation later, McNicoll contributed to the movement’s evolution and spread around the globe.

Curated by Caroline Shields, Associate Curator and Head of European Art at the AGO, and showcasing more than 65 artworks including paintings, pastels, prints and sketch books, this innovative exhibition will be accompanied by a fully illustrated publication

Mary Cassatt was born in Pittsburgh to a wealthy family. Following a few years of training at the Pennsylvania Academy of the Fine Arts, she relocated to Paris to further her studies. Cassatt travelled briefly to Italy, Spain, Belgium and Holland before settling permanently in Paris, where she was often joined by members of her family. She was the only North American artist to exhibit with the French Impressionists, showing in four of their eight official exhibitions. Characterized by a bold palette and vigorous brushwork, her art depicts the private lives of women and children. She worked alongside dealers and prominent art collectors, advocating in favour of modern art purchases that would later form major American collections. Despite her success, and the important role she played as an art advisor, her work is virtually unknown to the Canadian museum-going public, as no Canadian museum owns a painting by Cassatt.

Born into an affluent Montreal family, Helen McNicoll studied at the Art Association of Montreal before leaving permanently for Europe. After establishing a studio in London, McNicoll travelled throughout the artist colonies of England and France, and even ventured as far afield as Venice. Interspersed with return trips to Canada to visit family, McNicoll’s scenes of daily life—mostly those of women and children—are tour de force paintings composed of bold strokes in vibrant colour. She was elected an associate member of the Royal Society of British Artists in 1913 and the Royal Canadian Academy of Arts in 1914, signalling the recognition she earned both abroad and at home. Equally adept at depicting landscapes, genre scenes and figures, McNicoll’s paintings remain some of the greatest examples of Impressionism in Canada.