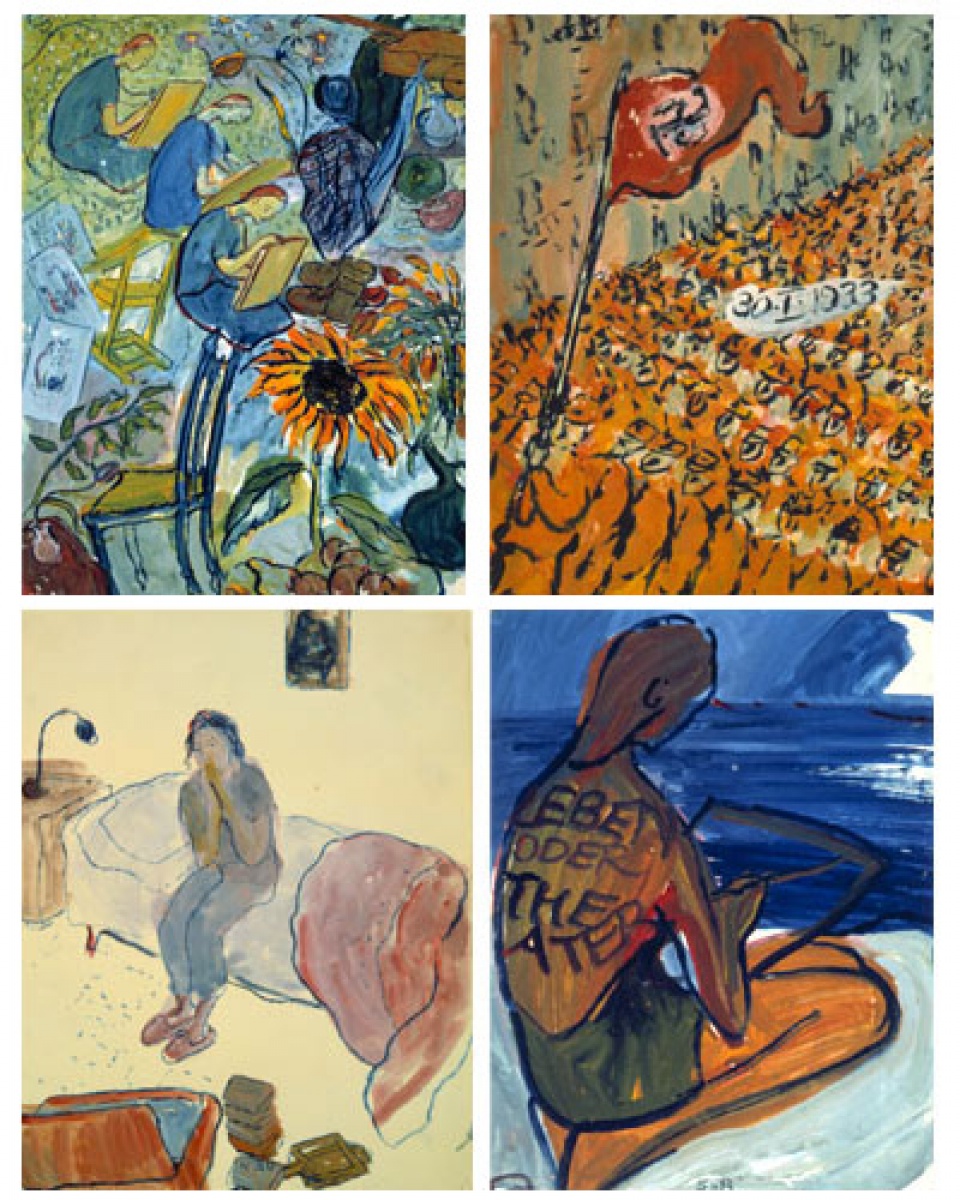 All the works are on loan from the Jewish Historical Museum, Amsterdam © Charlotte Salomon Foundation This exhibition was organized by the Royal Academy of Arts, London

As Nazi aggression escalated, the Berlin-born Jewish artist Charlotte Salomon sensed the end was near. She wrapped over 800 of her paintings in brown paper and handed them to a friend with the words "Take good care of it, it''s my whole life". Charlotte died in Auschwitz at 26.

Life? Or Theatre? is the name that Charlotte Salomon gave to a sequence of nearly 800 gouaches she produced between 1940 and 1942. She was born in Berlin in 1917 into a cultured middle-class Jewish family, and died in Auschwitz in 1943 at the age of 26. This exhibition will feature 400 of her gouaches as well as texts and musical references that recreate a life scarred by both family tragedy and Nazi persecution, yet interspersed with moments of intense happiness and love.

Executed in three primary colours, the gouaches read like a series of story boards for a film, following the events of Salomon''s life. The works have been likened to a diary, but her account is fictionalized, with the main characters in Solomon''s life acting as the dramatis personnae. The gouaches speak to the drama of relationships and what it means to be human.

Life? Or Theatre? is Salomon''s death-defying response to learning of the suicides of her grandmother, her mother and her aunt. Before her deportation to Auschwitz, she handed the work to a local physician. Miraculously, the gouaches survived.

What London critics said about Charlotte Salomon: Life? or Theatre?

"There is no obvious precedent for a pictorial narrative sequence on this scale."- Tom Lubbock, The Independent

"This is not the visual equivalent of Anne Frank''s Diary but the highly sophisticated work of an unusually mature young artist." - E. Jane Dickson, The Daily Telegraph