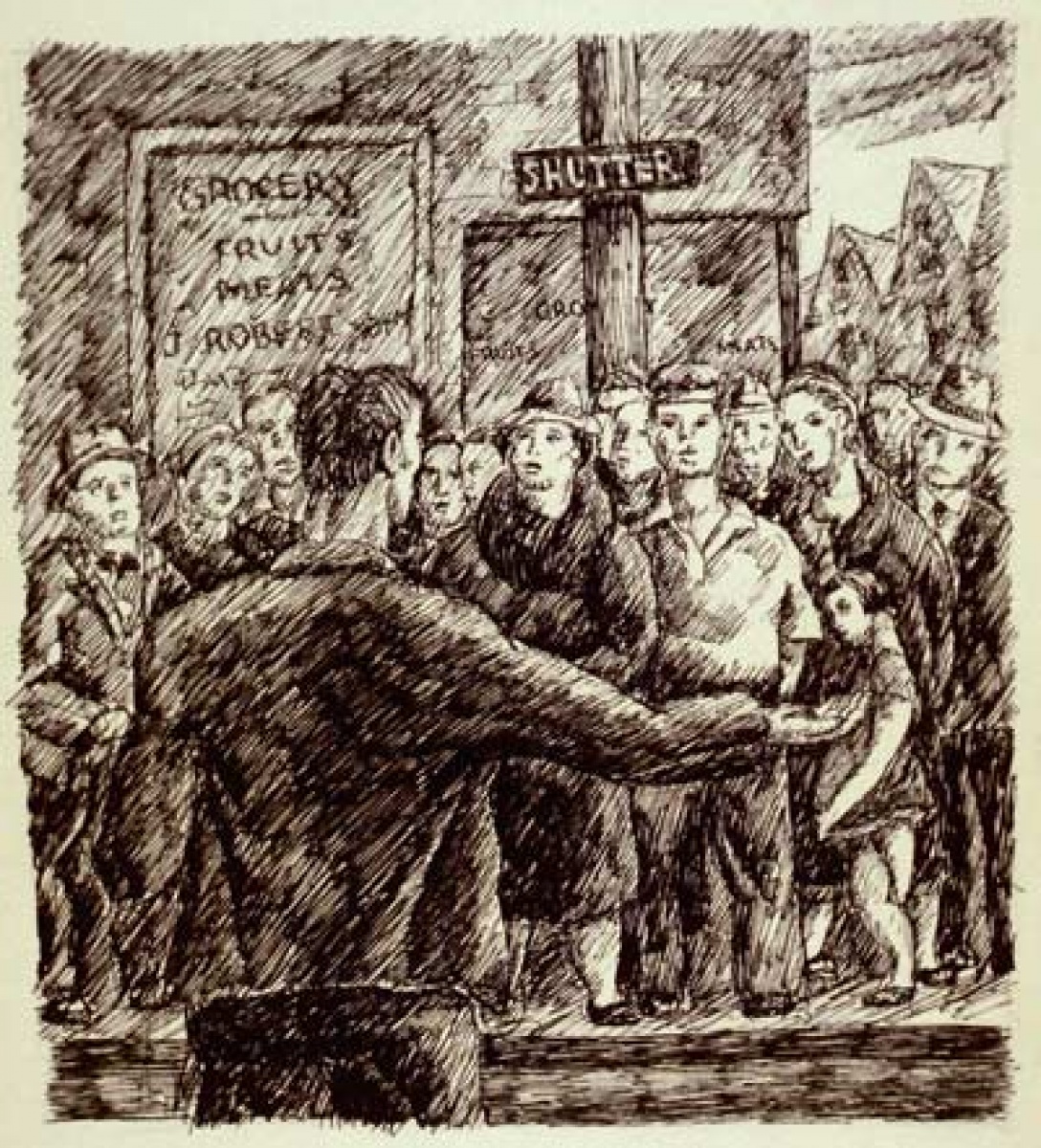 Fred Hagan’s City Series illustrates the lonely wanderings of a young man, troubled by the reality of social injustice. The young man is Hagan himself, a Toronto-born artist who made his artistic debut in the early years of World War Two. The sequence of twenty-four drawings depicting his pilgrimage through the streets of wartime Toronto reads as a twentieth-century version of via crucis (way of the Cross), a devotional exercise of spiritual revelation.

In 1940, the twenty-two year old Hagan cast himself as the struggling young artist of the modern city, in search of beauty in an inhospitable climate. The artist emerges as a Christ-like figure of personal sacrifice, who suffers temptation and ridicule along his charitable quest for aesthetic “truth.” Hagan’s artistic practice was forged from his profound social consciousness.