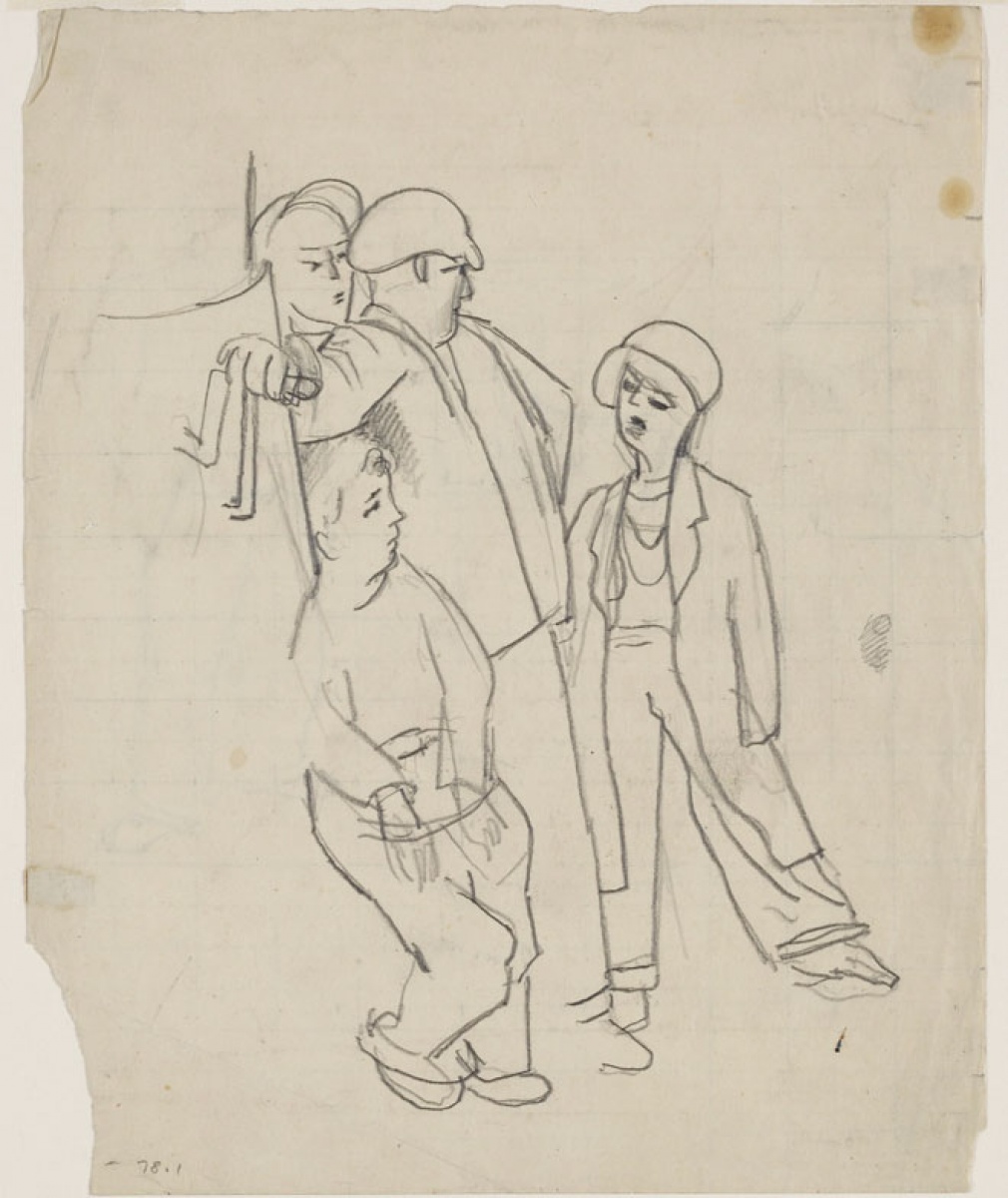 The Decades Project: 1930–1939 is the fourth in a series of installations organized by the Art Gallery of Ontario and the Toronto Symphony Orchestra. The series brings together visual art and music to reveal how artists and composers expressed the exhilaration and anxiety of their times.

This spring and summer, visitors will have the opportunity to view three preparatory drawings by British painter Stanley Spencer for his mural entitled Shipbuilding on the Clyde (1940–1946) while listening to Carmina Burana (1937) by composer Carl Orff. Working in Europe just before and during the Second World War, these artists revived past forms in order to capture the raw, primal energies of fascism and wartime nationalism.

These works were made at a time when Europe was experiencing the rise of totalitarian regimes, intense militarization, and the glorification of carnage and destruction: think of the ascendance of Adolf Hitler in Germany in 1933, Germany’s invasion of Poland in 1939, and the mobilization of 950,000 women to work in munition factories in Great Britain after it had declared war on Germany.

On June 21 and 24, the Toronto Symphony Orchestra performs Orff's Carmina Burana at Roy Thomson Hall, where Kenneth Brummel, the Art Gallery of Ontario's Assistant Curator of Modern Art, will talk about art and music in the 1930s.

Organized by the Art Gallery of Ontario in partnership with the Toronto Symphony Orchestra.