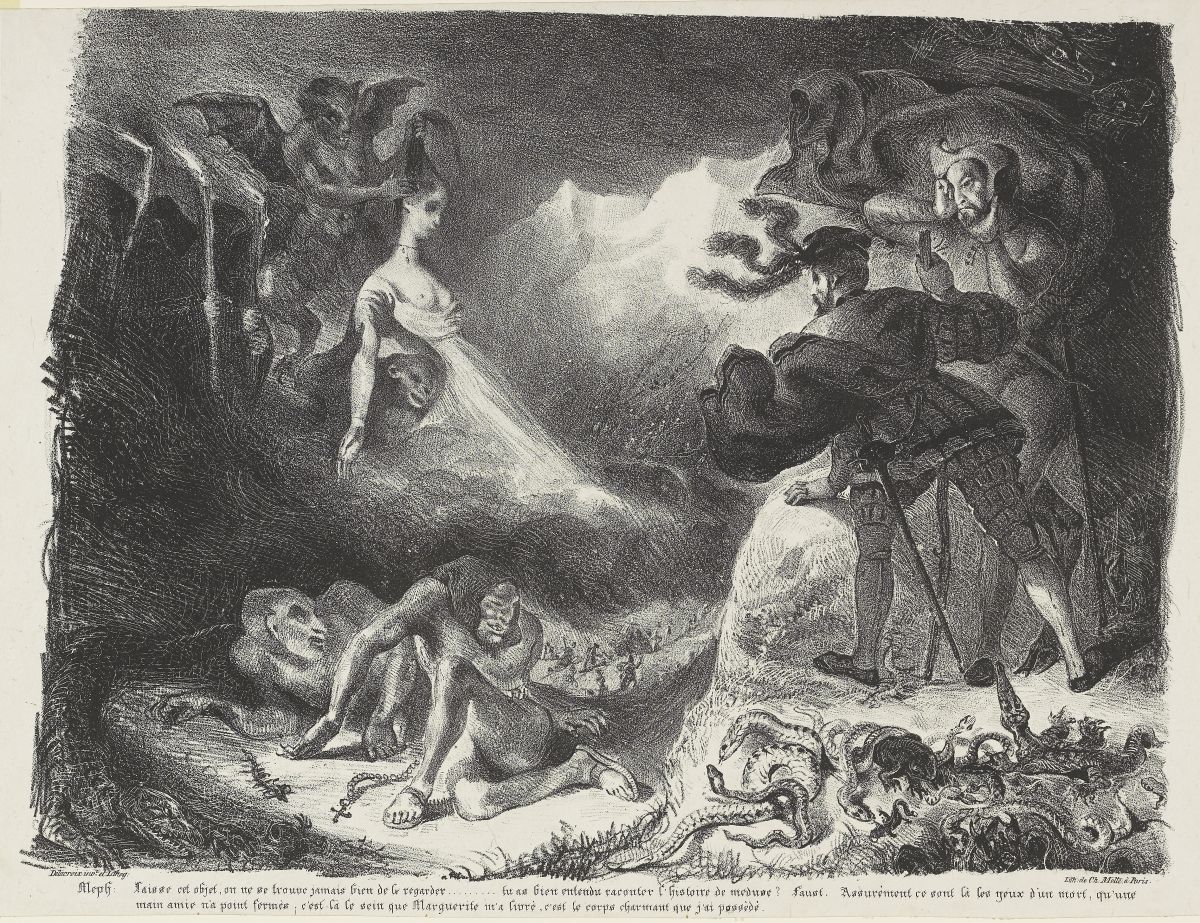 Delacroix and Goethe’s Faust: The Good, the bad and the “Ugly”

Located on the first floor in gallery 127.

The French artist Eugène Delacroix (born Saint-Maurice, France, 1798; died Paris, France, 1863) had a great passion for literature. In 1825, he began a print series to illustrate a new French translation of Johann Wolfgang von Goethe’s Faust (1808). The tragic tale chronicles the fall of a learned man who sells his soul to the devil in exchange for infinite knowledge and worldly pleasures. Upon seeing proofs of the lithographs, Goethe claimed that Delacroix had “exceeded my own imagination.”

Published in 1828, the series was a commercial failure. Conservative audiences were offended by Delacroix’s bold lithographic techniques and exaggerated style as well as his focus on the drama’s diabolical themes. But for Delacroix, imagination and emotion took precedence over deferring to convention. The outcome was a landmark moment in the history of French printmaking.

On view in this gallery is the complete series of 18 prints for Faust alongside a selection of prints by Delacroix’s predecessors or immediate contemporaries, offering the viewer a chance to see how the series differed from conventional approaches.