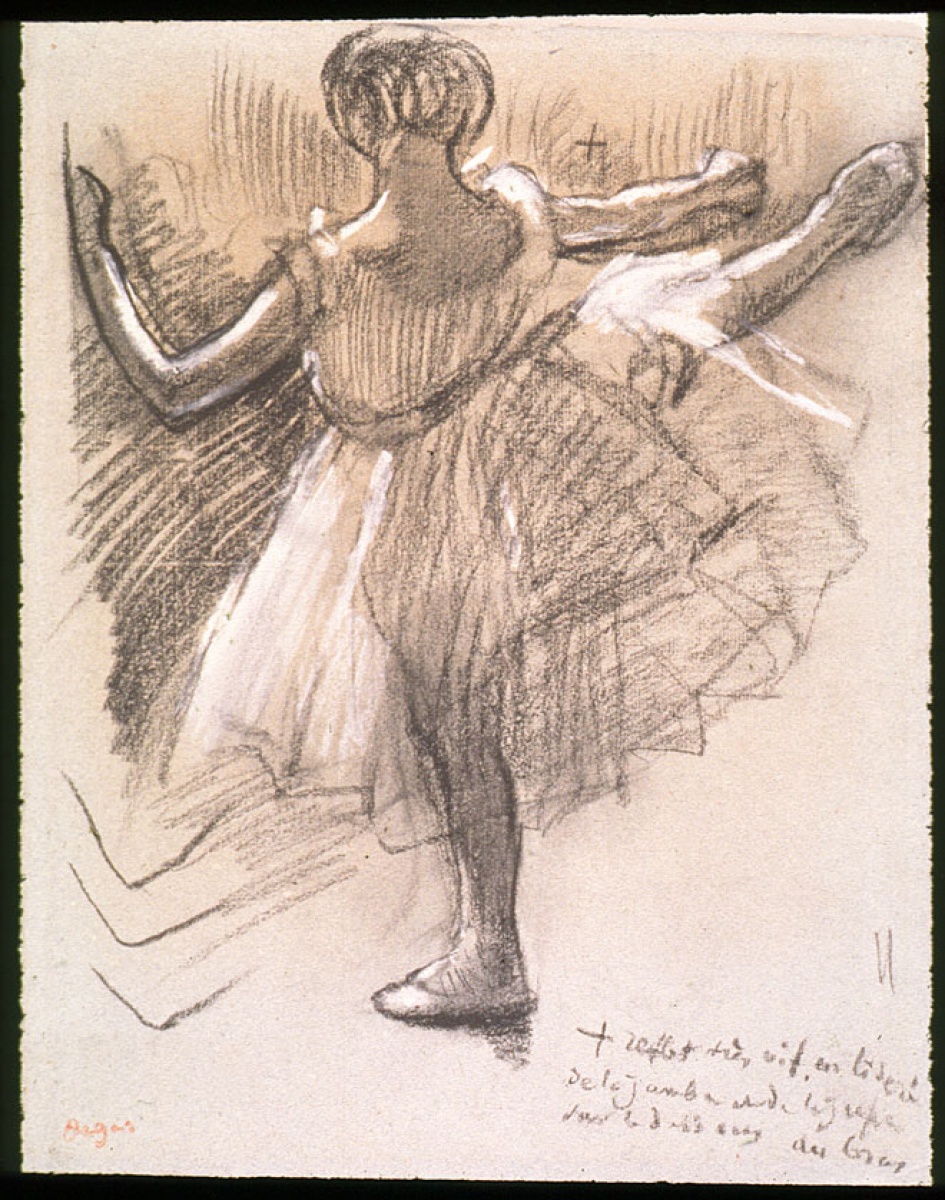 Edgar Degas, Danseuse Vue de Dos. Grand Battement à la Seconde, c. 1885–1890. Black and white chalk on blue paper. Formerly in the Collection of Dr. and Mrs. Harold Murchison Tovell and purchased from their son Dr. H.M.M. Tovell of New York with the assistance of the Government of Canada through the Cultural Property Export and Import Act, 1987.

Drawing, Je t’aime: Selections from the AGO Vaults

“Drawing is the artist's most direct and spontaneous expression, a species of writing: it reveals better than does painting, the artist's true personality.”
—Edgar Degas

Drawings are among the most personal, immediate and experimental works of art. They bring us closer to the artist's thinking process than any other form of expression.

This special exhibition gathers together drawings from across time and place from all the AGO's collecting areas. Drawing, Je t'aime has been curated by members of the newly formed Print & Drawing Council (comprised of staff in the curatorial, conservation and programming departments).

Working collaboratively, they have made some surprising finds in the boxes in the Print & Drawing vaults. Their discoveries include over 100 rarely seen drawings by Jacopo Tintoretto, Edgar Degas, Henri Matisse, Robert Motherwell, Joyce Wieland and Annie Pootoogook; extraordinary sketchbooks by William Cruikshank, given to the AGO by the artist in 1909; and a series of vivid impressions of the Apollo 13 space voyage sketched by K.M. Graham in 1970.

This exhibition is organized by the Art Gallery of Ontario and included with general admission.