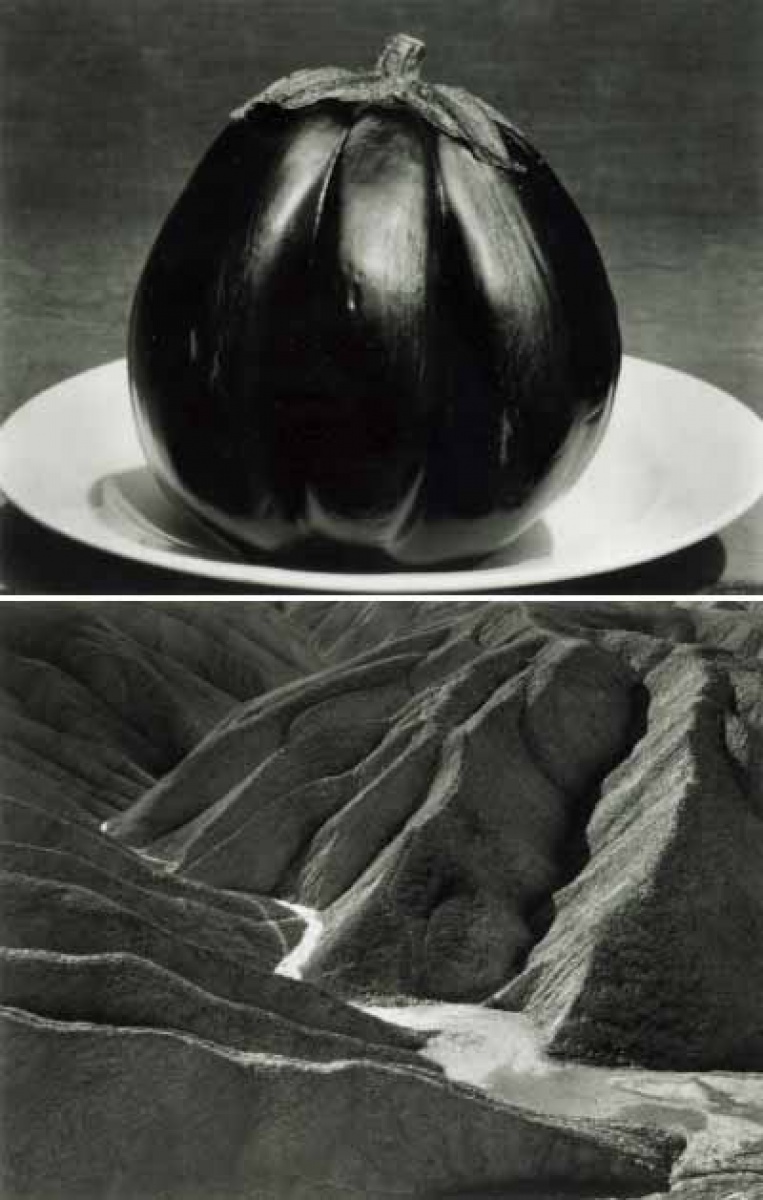 "I want the stark beauty that the lens can so exactly render, presented without interference of "artistic effect." Now all reactions on every plane must come directly from the original seeing of the thing...only the rhythm, form and perfect detail to consider."
- E.W., March 15, 1930

In the history of American photography, Edward Weston (1886-1958) is a seminal figure. In 1911, when Weston opened a studio in Tropico (Glendale), California, the international movement of pictorialism was at its peak. His early work was characterized by soft-focus and atmospheric elements, but after making contact with Alfred Stieglitz, who was a proponent of modernism, Weston began to hone his vision in a new direction. In 1923 he moved to Mexico, renouncing the very style that had garnered him honours. Determined to explore images in a straightforward way, Weston sought sharpness of focus, simplicity of technique, and bold compositions with unconventional objects.

In 1932 he was one of the founding members of Group f/64 (the camera lens setting that allowed for the maximum depth of field and focus). Throughout the 1930s his photography became progressively reductive. His complex compositions exalted natural forms, much of it exploring California and the West. During his last decade, when he suffered from Parkinson's disease, his sons Brett and Cole printed for him. Weston's accomplishments, which had became legendary in his own lifetime, had wide influence. The work of photographers of varied persuasions have affinities with Weston as is evident in this exhibition.

On view,  22 photographs by Edward Weston, Ansel Adams, Imogen Cunningham, Todd Webb, and others, from the collection of Art Gallery of Ontario and loans.