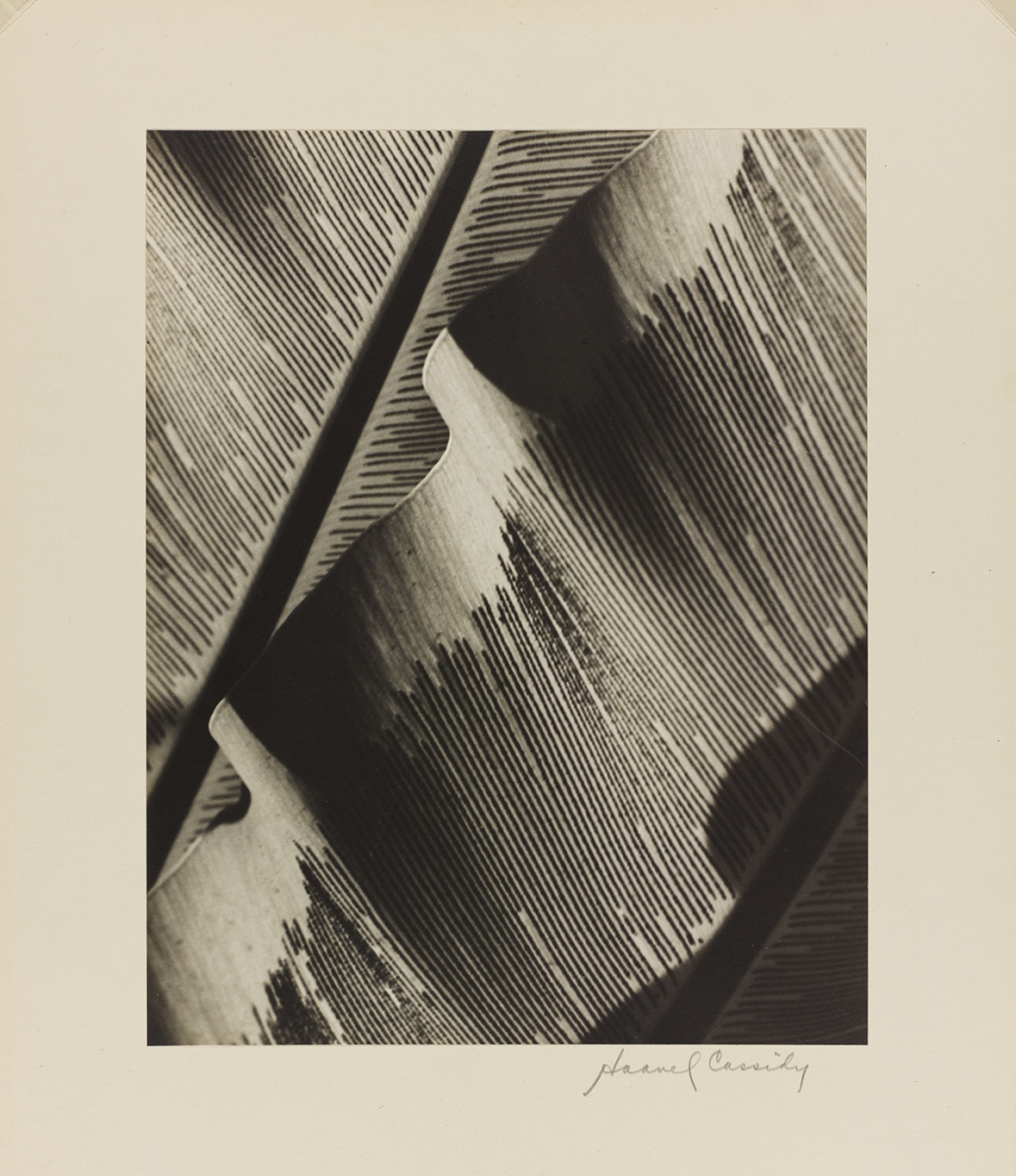 Located on the first floor in gallery 129, the McEwen Gallery.

In December 1938, the AGO (then the Art Gallery of Toronto) hosted the exhibition Plant Patterns in Hawaii and Japan: Photographs by E. Haanel Cassidy. It was one of the first solo exhibitions granted to a photographer at the museum and it included many of the photographic prints currently installed in the Robert & Cheryl McEwen Gallery.

Cassidy found in photography a medium through which he could best articulate his spiritual philosophy: that art should produce an emotional experience that transcends the physical world. This is expressed through his series Plant Form. Cassidy’s extreme close-ups of plants produce abstractions of the natural world. His compositions reveal the tonal variations and detailed textures specific to each plant. For Cassidy, a crucial element of the series is that, exhibited together, the prints generate a graphic tension and even a spiritual energy.

Cassidy was born of Canadian parents in Tokyo, Japan, in 1903. In the late 1930s he operated a studio in Toronto. He moved to New York in 1944 to work for Condé Nast's House and Garden and Vogue studios. In 1955 he gave up photography and settled in Ananda Cooperative in California in 1969, until his death in 1980, where he pursued a spiritual life and became the founder of the Ananda Gardens.