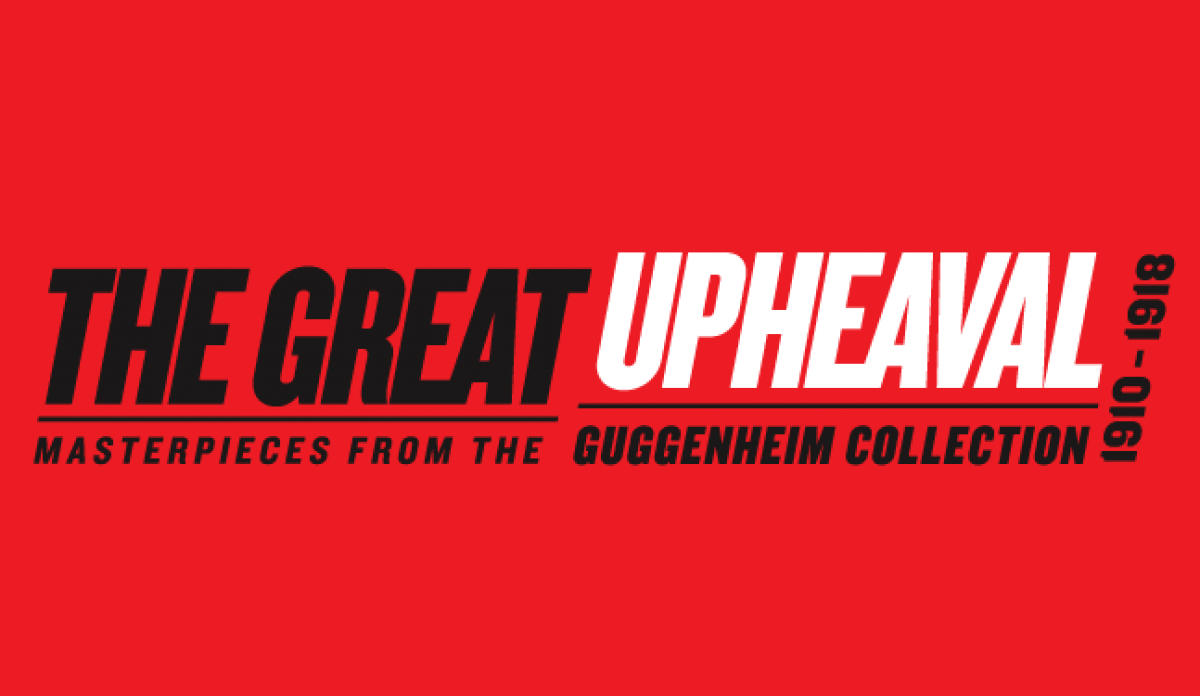 The Great Upheaval: Masterpieces from the Guggenheim Collection, 1910-1918

The Great Upheaval bears witness to how dazzlingly fruitful an eight-year period can be….In the brief interlude before the outbreak of war, original ideas sprang up in such profusion that a single metaphor cannot contain them: they skyrocketed, snowballed, mushroomed, and multiplied

The Great Upheaval: Masterpieces from the Guggenheim Collection, 1910-1918 showcased the dynamism, creativity, and innovation of art produced in Europe in the years leading up to and during the First World War. Featuring paintings from the collection of the Solomon R. Guggenheim Museum by artists such as Constantin Brancusi, Marc Chagall, Marcel Duchamp, Vasily Kandinsky, Fernand Leger, Henri Matisse, Amedeo Modigliani, Piet Mondrian and Pablo Picasso, among others, the exhibition chronologically traced the achievements of these tumultuous years as artists experimented with new ways to create art while launching such movements as expressionism, futurism and cubism.

The exhibition’s focus on the years 1910 to 1918 represented an intense chapter in European and world history, marked by sweeping social change, technological developments and scientific advances. During this time of tremendous creativity and innovation, European cities were evolving, and artists, who were founding groups, staging exhibitions and issuing manifestoes, likewise adapted and responded to 20th-century modernity.

The Great Upheaval spotlighted the dynamism of this fertile period — as artists hurtled toward abstraction and the ultimate “great upheaval” of a catastrophic war — while presenting some of the foundational modern masterpieces that shaped the art of future generations.

We live in the digital age and, granted, our lives have been significantly transformed in recent years by mobile technology and the internet. But consider the world-changing inventions — the telephone, telegraph, radio, automobile, airplane, subway, phonograph, movie camera, typewriter and X-ray — that provided the backdrop for artists of the Great Upheaval. In just a few short years, machines in all their guises turned traditional life upside down.

Beginning around 1910, the avant-garde invented a new language of art to express the realities of intense industrialization, social and political turmoil and the pace and energy of the modern metropolis. From St. Petersburg to Paris, artists experimented in a mood of adventure, excitement and optimism. The results shook the art world to its core. Using the latest forms of communication, they created a pan-European network of innovative thinkers that resulted in the most radical revolution in Western art in 500 years.

The Great Upheaval: Modern Masterpieces from the Guggenheim Collection, 1910-1918 offers a rare opportunity to stand face to face with foundational modern artworks that fuelled an artistic revolution and have shaped the work of generations of artists ever since.

Below, learn more about three key artworks from the exhibition from AGO interpretive planner David Wistow.