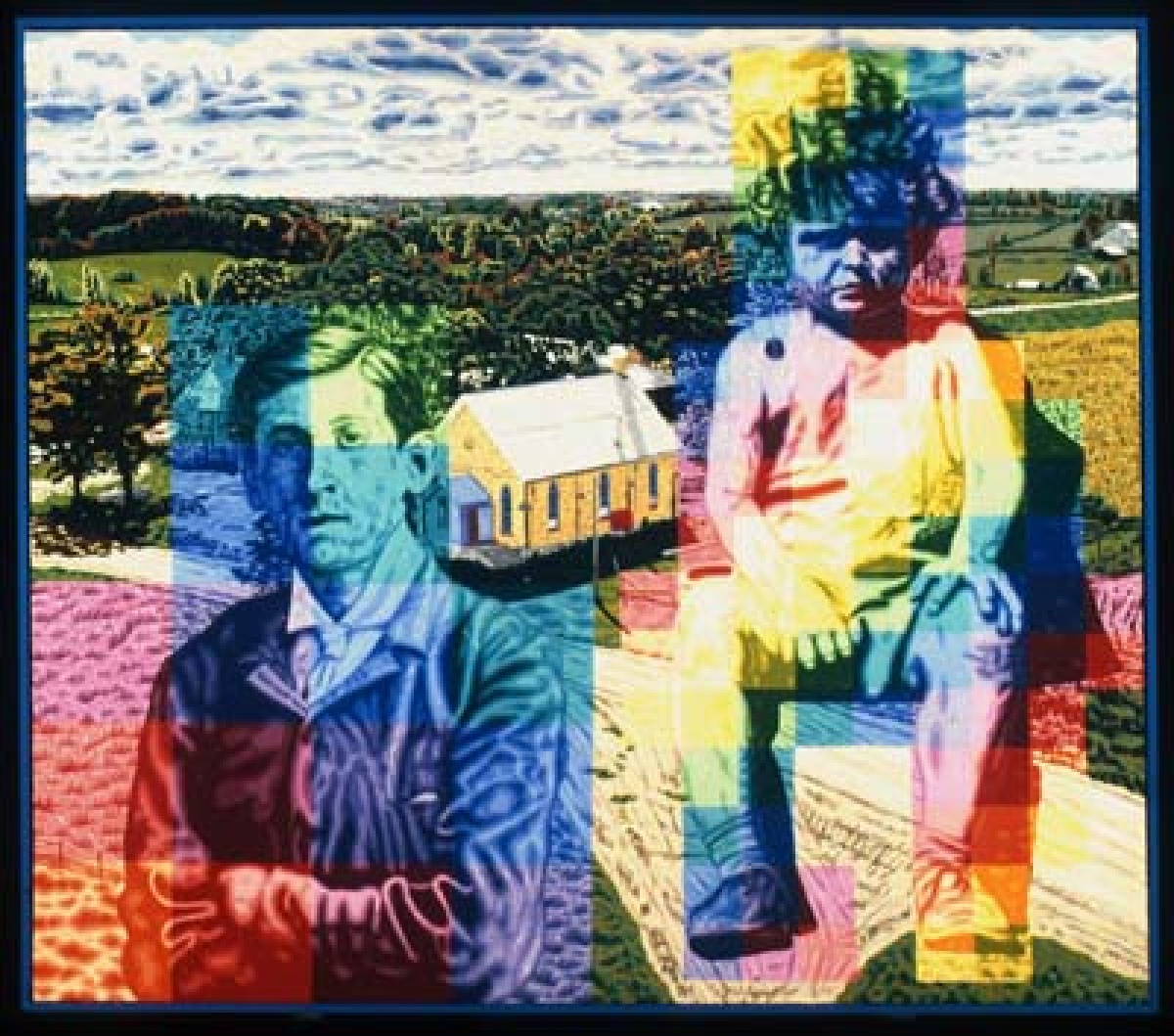 Greg Curnoe and the London Scene

Greg Curnoe was central to the art scene of London, Ontario, from the early 1960s until his sudden death in a cycling accident in 1992. Committed to fostering the visual arts in his hometown, Curnoe co-founded Region magazine (1961-90), Region Gallery (1962-63) and Forest City Gallery (1973- ). He was also one of a group of London artists who initiated the organization Canadian Artists’ Representation. The artists whose works are brought together here are among those who worked with Curnoe to establish London as a vital, creative centre for the arts. All were his friends and colleagues, and shared many of his artistic concerns.

Like Curnoe, many of the artists represented here advocated a regional approach to artmaking, depicting the details of their immediate surroundings and exploring local and personal histories in their work. Urquhart and Chambers, in particular, adhered to the importance of direct experience. A passionate activist, Curnoe influenced artists of his own generation with his political strategies, but he particularly held sway with the artists who emerged on the London scene in the 1970s and 80s, such as Jamelie Hassan and Ron Benner. Like Curnoe, they combine images with text to articulate politically charged messages in their work. Hassan''s large-scale watercolours, Ron Martin''s use of collage, and John Boyle''s experimentation with highly keyed colour are also suggestive of the formal, material and philosophical exchanges that occurred among this vibrant group of artists.