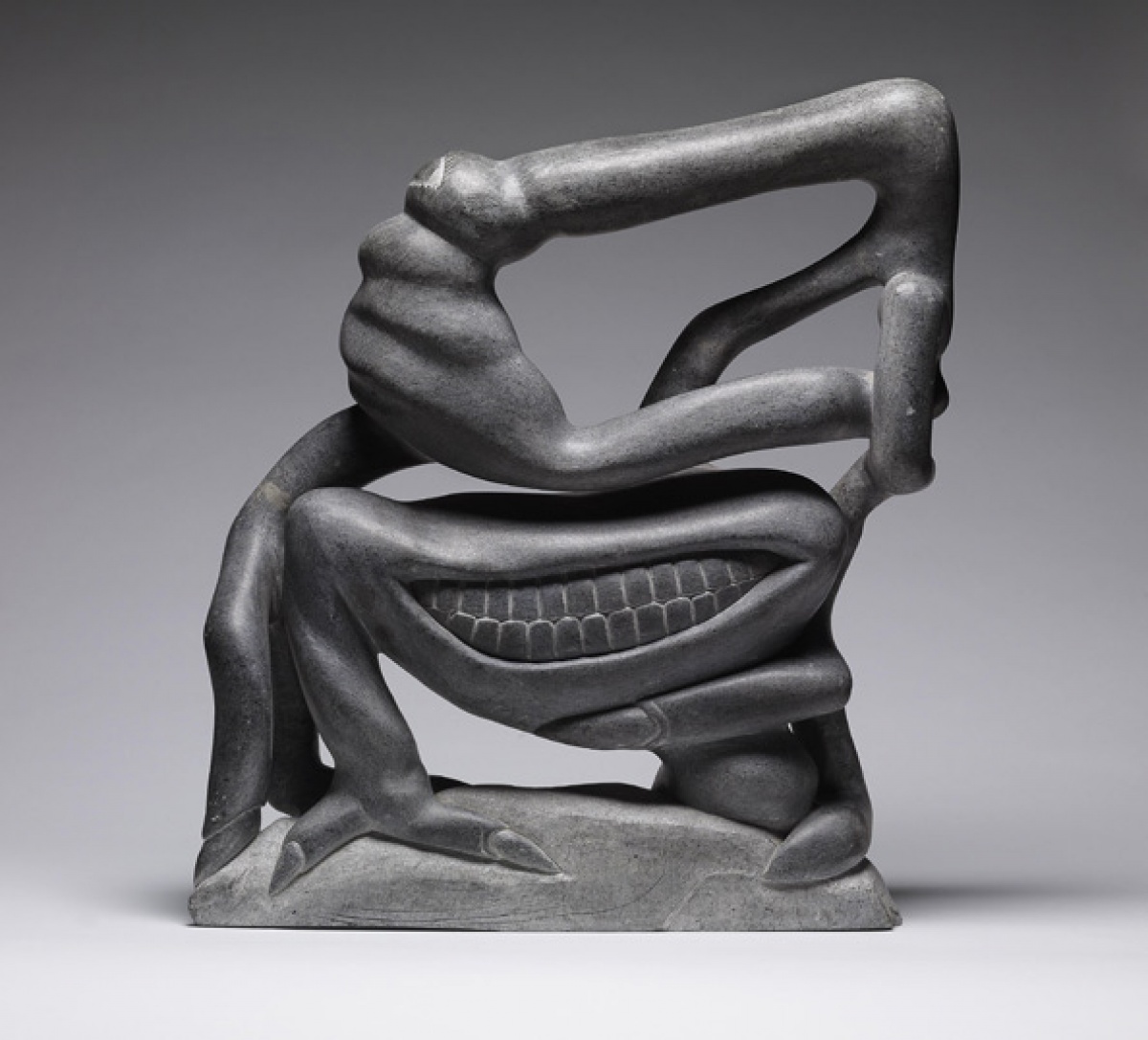 Inuit Modern is a sprawling exhibition that displays for the first time highlights from the Samuel and Esther Sarick Collection, one of the world's most comprehensive collections of Inuit art. The exhibition traces the transformation of Inuit art in the 20th century and features more than 175 works by 75 artists — including sculpture, prints, and drawings.

Curated by Gerald McMaster, the AGO's Fredrik S. Eaton Curator, Canadian Art, and co-curated by Ingo Hessel, Inuit Modern draws from multiple communities and periods to embrace voices both traditional and contemporary in its consideration of the history and future of Inuit art, and closely examines how the Inuit have coped with and responded to the swift transition from a traditional lifestyle to one marked by the disturbing complexities of globalization and climate change. Featuring work by many of the most prominent Inuit artists of the 20th century, including David Ruben Piqtoukun, Kenojuak Ashevak, Karoo Ashevak, Annie Pootoogook, and Lucy Tasseor, at the heart of Inuit Modern lies a powerful message of social, political, and cultural transformation.

The exhibition is accompanied by a 272-page colour catalogue co-published by the Art Gallery of Ontario and Douglas & McIntyre Inc, which includes contributions by leading Canadian scholars in the field. The catalogue, also titled Inuit Modern, is edited by McMaster and available at shopAGO for $55.

Inuit Modern is generously supported by