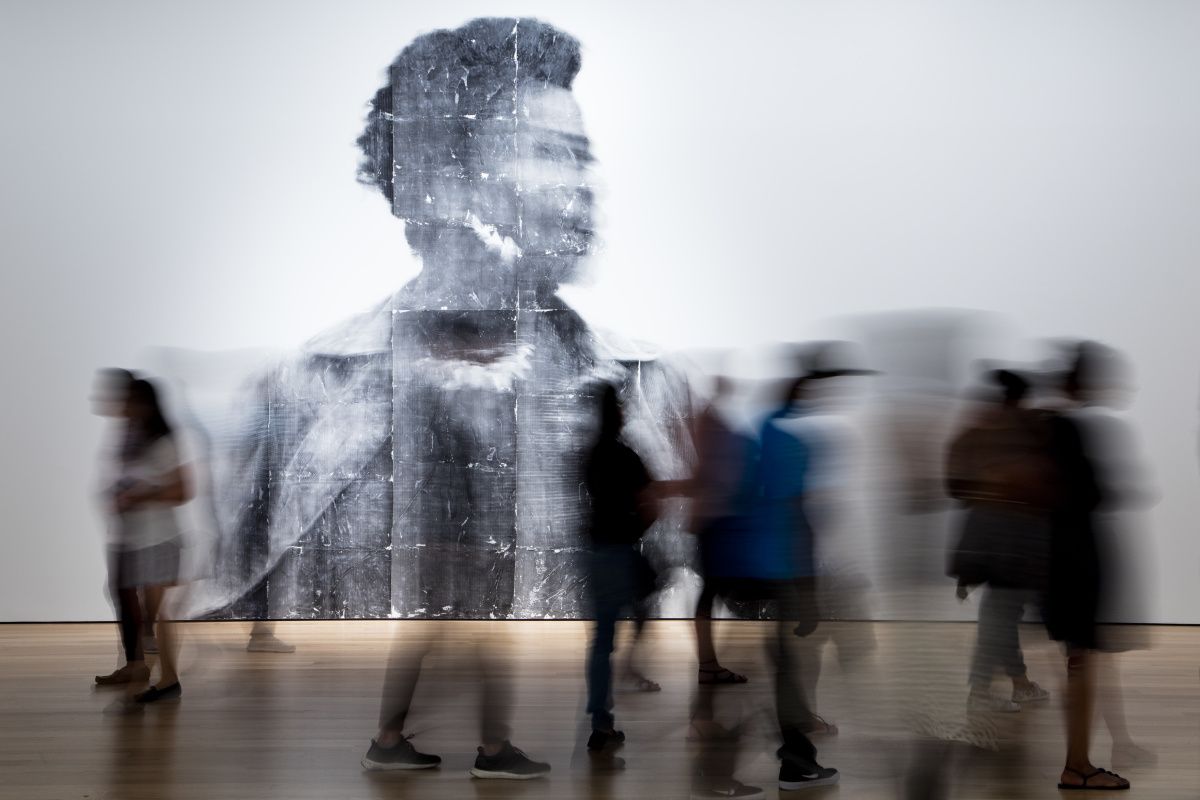 The McLean Centre for Indigenous + Canadian Art features captivating and crucial works of art from our collections. These permanent collection galleries centre Indigenous artworks and ideas as a key starting place for telling stories from contemporary perspectives. We keep artists at the core while engaging visitors with new and familiar thought-provoking works. These thematic galleries do not present one story or idea but instead encourage audiences to find their own pathways and entry points.

“The McLean Centre enables the AGO to showcase Indigenous art leading conversations with Canadian art, and to highlight critical discussions about philosophy, world health, kinship, history and sovereignty.” - Wanda Nanibush, Curator, Indigenous Art, at the AGO.

Our installations are conceived from within our co-leadership curatorial structure, founded on the principles of the nation-to-nation treaty relationship between specific First Nations and Britain that served as the foundation of Canada. Time and again, Britain—and Canada—have broken these treaties with First Nations through the process of colonization.

We honour these treaty obligations by acting on the principles outlined in the peace and friendship treaties: mutual respect and sharing, non-interference, honest dealings, and actions that demonstrate integrity.

To acknowledge that we are on Indigenous land we translate texts into Indigenous languages. The AGO building is situated on Michi Saagiig (Mississauga, Anishinaabe) territory and is governed by Treaty 13, and so all texts are translated into Anishinaabemowin. For the Inuit collection on view, we also include texts in Inuktitut, in honour of our large collection and our responsibility to the communities that create the work from which the works come.

Treaties are about sharing power and land. The Dish with One Spoon is a treaty between the Haudenosaunee and Anishinaabe to peaceably share and protect the resources around the Great Lakes. Art has a role to play in keeping the dish full.

In winter 2022, Moving the Museum: Indigenous + Canadian Art at the Art Gallery of Ontario, edited by Wanda Nanibush and Georgiana Uhlyarik, will be available.

J.S. McLean Centre Artworks - The Wisdom of the Universe