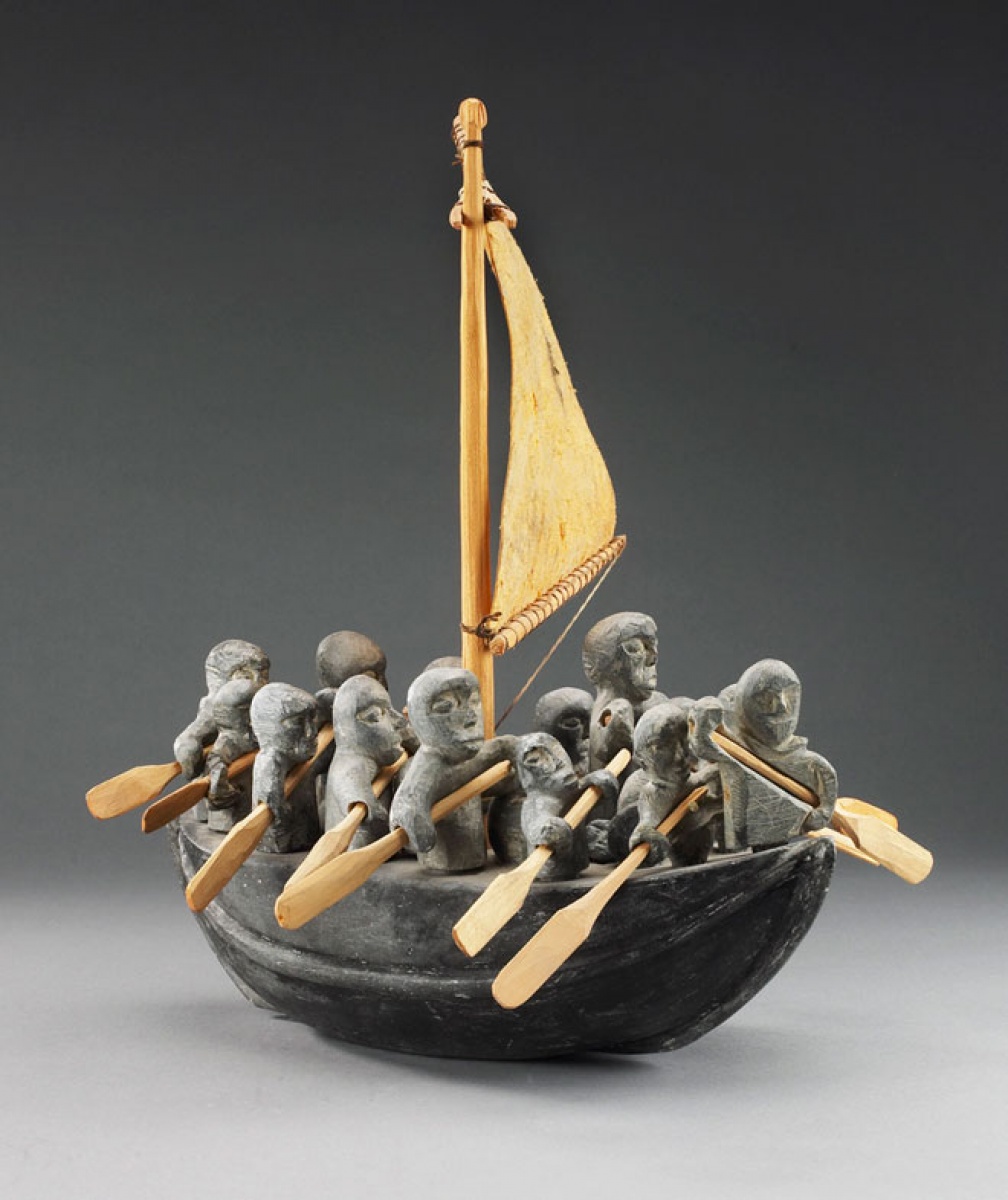 The subject of migration is key to Joe Talirunili’s work. Throughout his life, he depicted the harshness of the northern climate and the strength of a people dependent on nature and who relied on community spirit for survival. This exploration of migration recounts an incident in which Talirunili and about forty others became trapped on an ice floe in the Canadian Arctic while en route to new hunting grounds. They used sealskins, rope and wood from their sleds to construct an umiak (a large boat) and squeezed into the hastily built craft before the ice melted. After several days, the group paddled to safety, but not everyone in the hunting party survived.