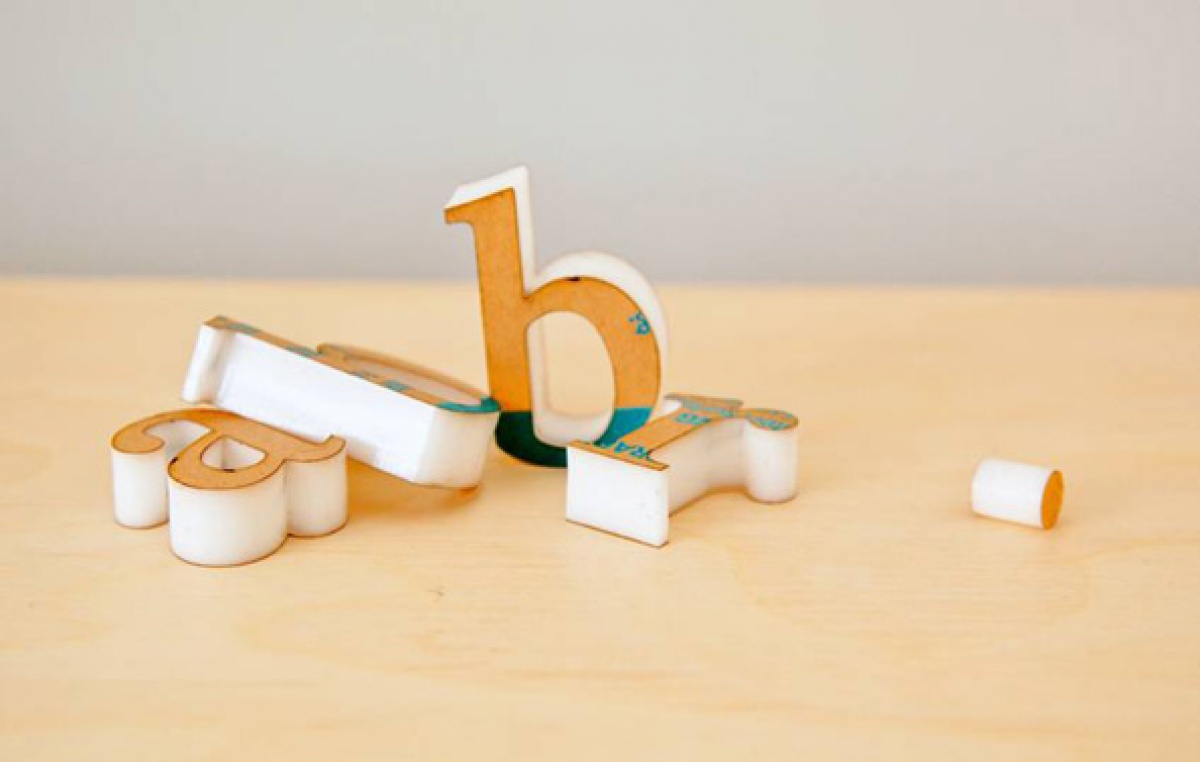 Laurel Woodcock’s work often uses elements of language – turns of phrase, song lyrics, cinematic tropes, punctuation marks or typography – which she interprets visually, with commercial or industrial materials and methods. Her references come from popular culture, her modes of production from daily life, and her inspiration from the legacy of conceptual art. The works presented here all use the vocabulary of commercial signage as a response to the storefront features of the exhibition space. They look polished and finished, and we assume they will communicate a clear message. However, on closer inspection, their content is provisional, and a little elusive.

on a clear day* (2010) is a precisely manufactured and prominently displayed sign, but the clarity suggested in the title is frustrated by the way that the cut-out letters are truncated. A second piece, hours (2010), an open box delineated in white neon, beckons to us through the gallery’s window, but it bears no information about what we might find inside. The neon is programmed to be illuminated when the space is open to the public, and shut off when the space is closed. The final two works are from the series untitled (abbreviations) (2009), non-linear piles of three-dimensional letters encased in plywood and Plexiglas cases. To decipher her word jumbles is to find that they spell “etc.” and “abbr.”, abbreviations which have greater meaning when we see them in conjunction with longer texts. Presented in isolation, as unfinished words, they become, like so much of Woodcock’s work, playful but unsettling explorations of how meaning is made.

* On a Clear Day is a 2005 film directed by Gaby Dellal which tells the story of a working-class middle-aged man from Glasgow. On a Clear Day You Can See Forever is a 1970 fantastical romantic musical directed by Vincente Minnelli.

Laurel Woodcock is an associate professor in the School of Fine Art at the University of Guelph, where she coordinates Extended Practices – the component of the studio program that focuses on interdisciplinary and participatory approaches to art production. She received a BFA from Concordia University in Montreal and an MFA from Nova Scotia College of Art & Design in Halifax. Her work has been exhibited widely in Canada, the United States, France, England, Spain, Egypt and Scotland, and is represented in both private and public collections. She lives in Toronto.

Toronto Now is generously supported by The Contemporary Circle.