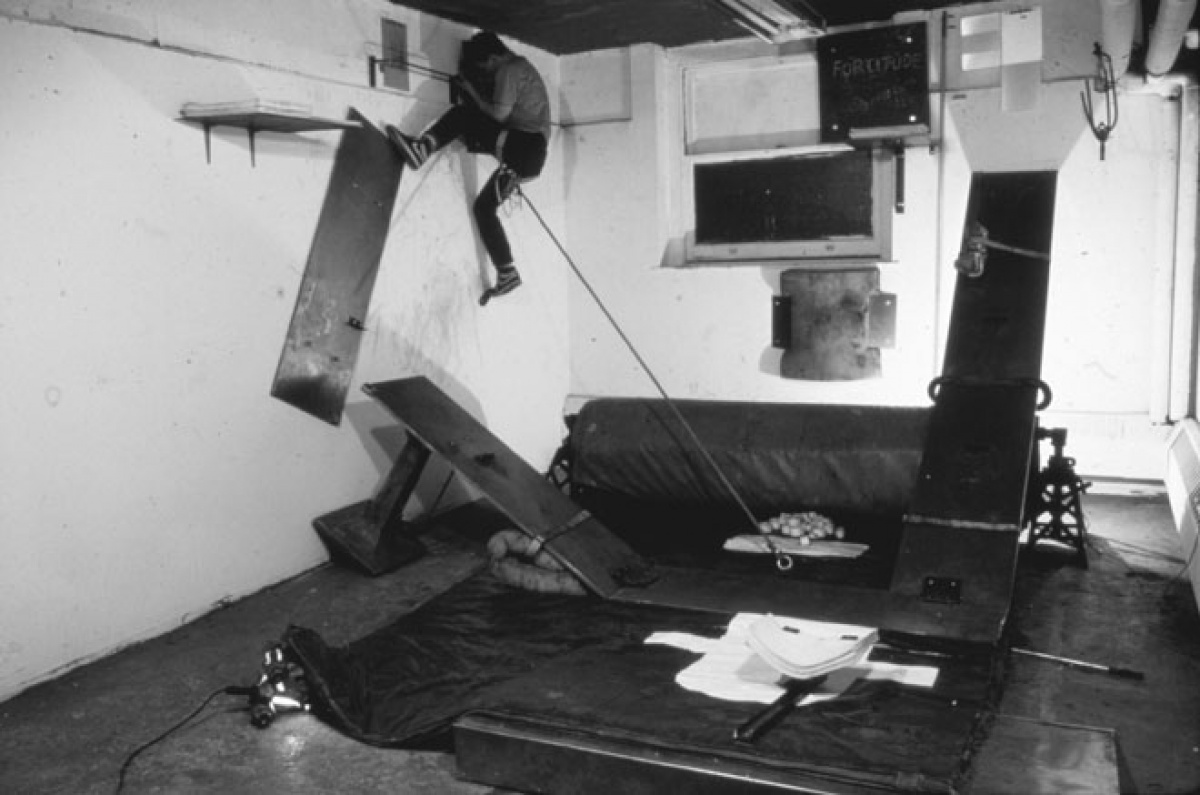 American artist Matthew Barney is renowned internationally for his provocative and richly visual sequences of sculpture, video, and performance. Elaborate and inscrutable, projects such as the CREMASTER Cycle (1994-2002) - a series of five feature-length films - weave mythological storylines, art-historical references, and abject symbolism through questions of artistic production.

DRAWING RESTRAINT (1987-present) is a significant and long-term project for Barney, in which he proposes art-making as parallel to athletic training: the development of form occurs through resistance. Begun while still a student at Yale, Barney was influenced by his background as an athlete and sought to foreground the physical body and its tensions in a studio practice. DRAWING RESTRAINT comprises drawings, sculpture, photographs and video works emerging from his self-imposed and increasingly complex obstacles and scenarios. Considered together, DRAWING RESTRAINT forms an ongoing proposition for the harnessing of one's impulses and drives into a desired output, artistic or otherwise. They demonstrate the underpinnings of Barney's work, in which the body plays a central role, and ritualistic processes of creation are explored through manifold materials, settings, and personas.

The earliest in the series, DRAWING RESTRAINT 1-6 (1987-1989), show simple studio experiments, where Barney attempts to mark the ceiling and the walls while bouncing on a tilted trampoline or tethered at the thighs with bungee cords. From the 1990s onwards, the artist began to introduce the spectacular cinematic narratives for which he is best known. DRAWING RESTRAINT 17 (2010) filmed in Switzerland, is a two-channel video bearing Barney's signature high production value and allegorical storytelling. Usually, in this series, Barney subjects his own body to physical tests; here for the first time, the protagonist is an athletic young Swiss woman, while Barney now plays the removed role of the established artist.

Organized by the Art Gallery of Ontario. Co-presented with Luminato Festival