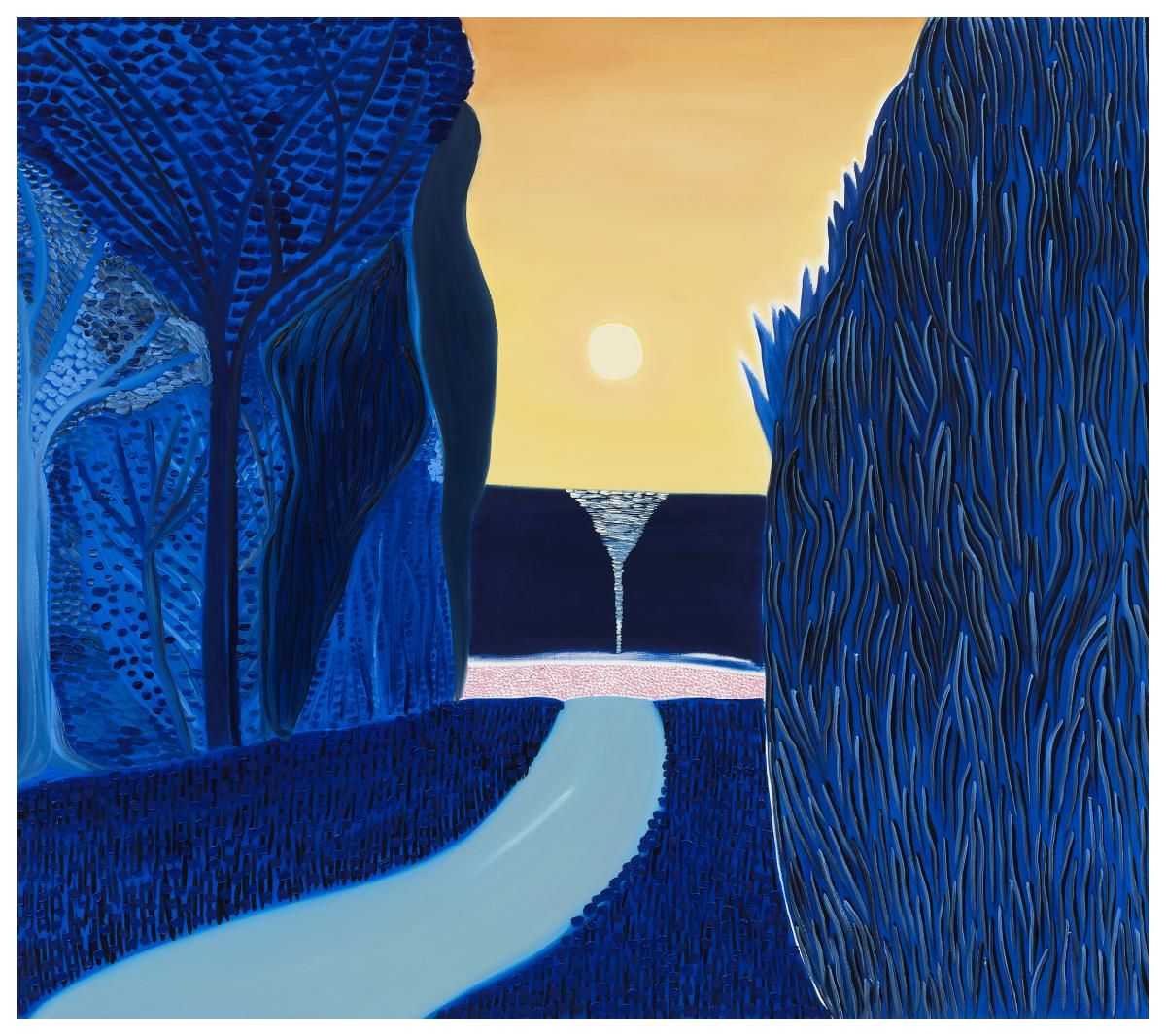 Expressing wonder and melancholy, Matthew Wong: Blue View is the first museum exhibition dedicated to the short-lived but brilliant career of Toronto-born Chinese-Canadian artist Matthew Wong. Featuring more than 40 paintings from the artist’s Blue Series, made between 2017 and 2019, the exhibition invites viewers into a world of imaginary nocturnal landscapes, brooding interiors and vibrant still life compositions.

The artworks in the Blue Series range in scale from intimate gouache on paper compositions to monumental oil paintings. A meditation on the many moods of the colour blue, the series evokes a very contemporary sense of isolation and a wide range of artistic styles – from Chinese calligraphy and scroll painting to Pointillism and Fauvism. Self-taught, Wong’s expressive painterly style rewards close looking. Shadowy, solitary figures reveal themselves to patient viewers in these vividly personal images.

Curated by Julian Cox, AGO’s Deputy Director and Chief Curator, the exhibition will be accompanied by a catalogue, co-published by the AGO and DelMonico Books/D.A.P.

Matthew Wong (b. Toronto, 1984 – d. Edmonton, 2019) was a self-taught painter. Over his brief but brilliant career, the artist was celebrated for his bravura paintings which evoke diverse art historical references and artists such as Vincent Van Gogh, Pierre Bonnard, Henri Matisse, Alex Katz and Peter Doig, among others. Wong was educated at The York School, Toronto, and received a degree in cultural anthropology from the University of Michigan, Ann Arbor, and an MFA in photography from the City University of Hong Kong’s School of Creative Media. He found acclaim quickly after his works were included in group exhibitions in Hong Kong and China, and at Karma gallery in Amagansett, NY in 2016, in a show curated by Matthew Higgs. Along with his remarkable and rapid commercial success, Wong’s unique style has been lauded by prominent critics such as Roberta Smith of the The New York Times who called him “one of the most talented painters of his generation.”

The AGO acquired its first work by the artist in 2020, a painting titled The Long Way Home, 2014–15. It was generously gifted by Monita and Raymond Wong in memory of their son.