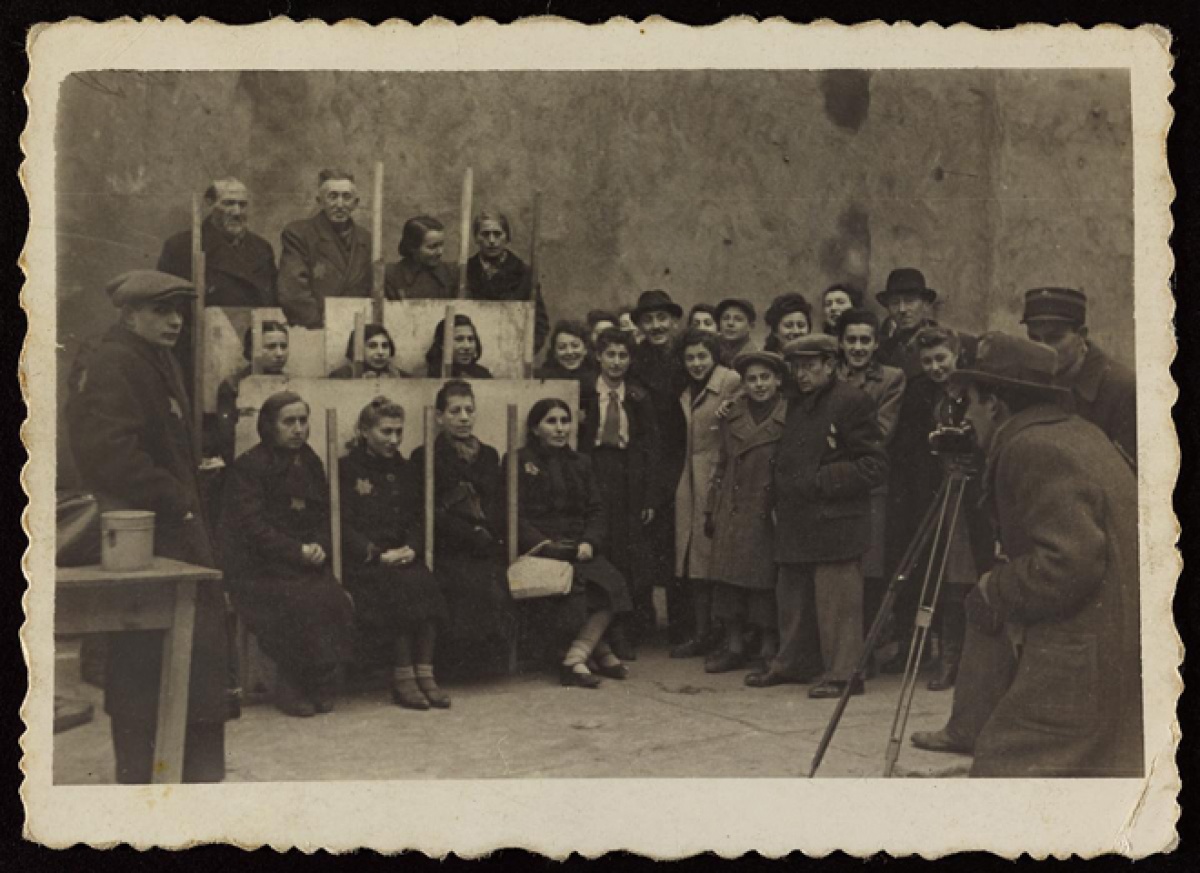 Memory Unearthed features the photographs of Polish Jewish photographer Henryk Ross (1910-1991), one of the official Lodz ghetto photographers. From 1940 to 1944, Ross took work-permit identification card photos for the ghetto's ever increasing Jewish population consolidated into Lodz ghetto by the Nazi regime. He also took “official” images, promoting the ghetto's work efficiency , and at the same time he documented the grim daily life in the ghetto: suffering and despair, starvation and diseases, the exploitation of the workers, the deportation of thousands to death camps at Chelmno and Auschwitz.

Even with Ross's official status as an employee of the Jewish Council (Judenrat) in the Department of Statistics, the subject matter of his photographic work was restricted and scrutinized, and he took many risks while capturing images of what he called the "total destruction of Polish Jewry."

Hoping to preserve the historical record contained in his negatives, Ross buried them at the time of the ghetto's liquidation in the fall of 1944. Upon liberation by the Red Army in January 1945, he excavated his box of negatives to discover that only half of the 6,000 negatives survived. He would spend the remainder of his life working with the images to tell his story of the Lodz ghetto. Some 200 of these indelible scenes are included in Memory Unearthed, comprising a visual and emotional meditation on a harrowing moment in history.