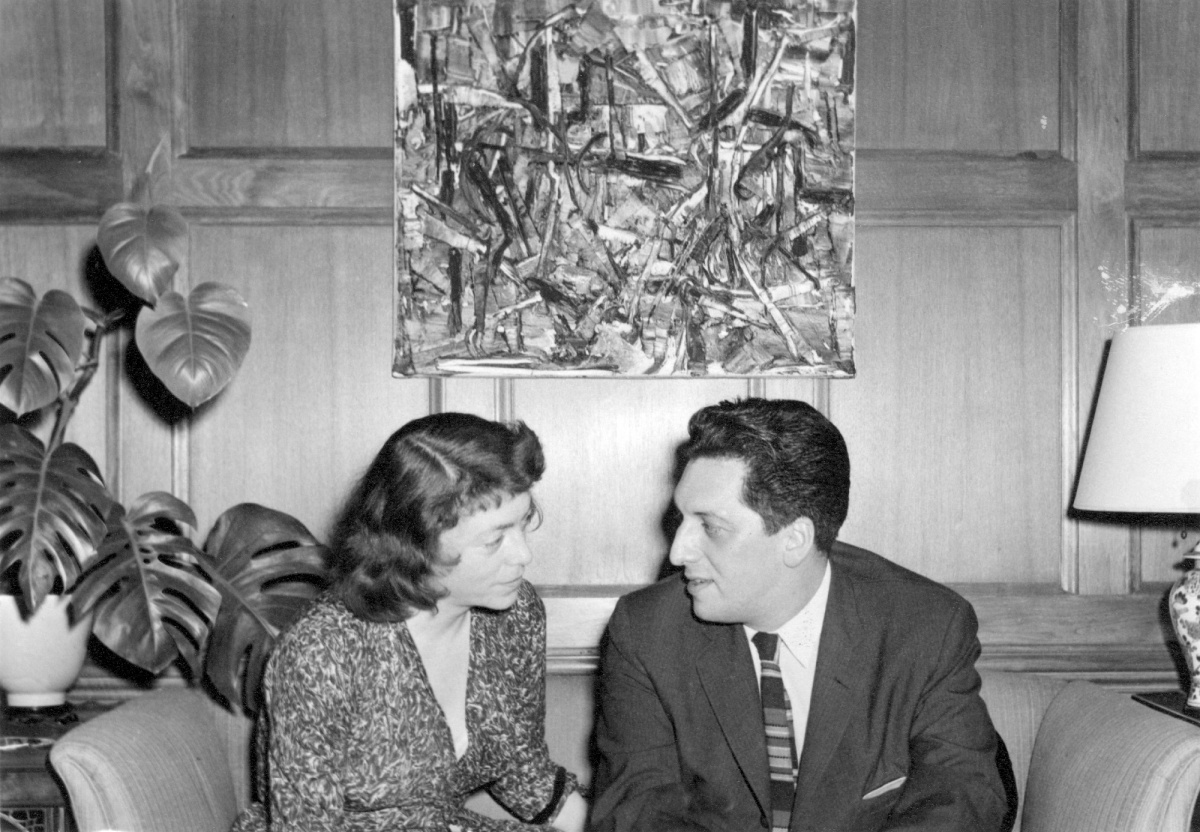 Mitchell/ Riopelle: Nothing in Moderation

When two legendary artists are closely connected for 25 years, what happens to their distinctive artistic styles? This is the question that drives Mitchell/Riopelle: Nothing in Moderation, a groundbreaking exhibition dedicated to the relationship between two powerhouses of abstract painting, American Joan Mitchell (1925-1992) and Canadian Jean Paul Riopelle (1923-2002).

Extraordinary talents and romantic partners, Mitchell and Riopelle stand prominently alongside other modern art couples such as Jasper Johns and Robert Rauschenberg, Diego Rivera and Frida Kahlo, and Jackson Pollock and Lee Krasner. As is the case with most couples, their relationship ebbed and flowed, which can be tracked through the blending and separation of their respective painting styles. Through more than 50 carefully selected works – most of which are large-format, monumental paintings – the exhibition explores the push and pull of these two remarkable figures.

“Feasts for the eyes, the stunning and breathtaking pictures these painters produced are testaments to these artists’ respect and admiration for one another.  They also reveal that Mitchell and Riopelle took nothing, especially painting, in moderation when they were setting the agenda of abstract art in Europe and North America in the years following World War II,” says Kenneth Brummel, assistant curator, modern art.

The exhibition Mitchell Riopelle: Nothing in Moderation is also being presented in France at the Fonds Hélène & Édouard Leclerc pour la Culture, Landerneau, from December 9, 2018, to March 10, 2019.

An exhibition developed by the Musée national des beaux-arts du Québec and organized in partnership with the Art Gallery of Ontario, with the support of the Joan Mitchell Foundation, Yseult Riopelle and Sylvie Riopelle.

This exhibition encourages visitors to compare and contrast major paintings by Mitchell and Riopelle in order to show how their relationship impacted their respective techniques and styles during the twenty-four years they were together.

In Piano mécanique, Mitchell – like Riopelle in Landing – uses a canvas with a horizontal format. Rather than creating a centralized composition, she disperses her vigorous strokes and dabs across its broad expanse. In Landing, Riopelle, while also working in an all-over manner, creates a denser surface, squeezing paint directly from the tube onto the canvas and then manipulating it with palette knives and trowels. 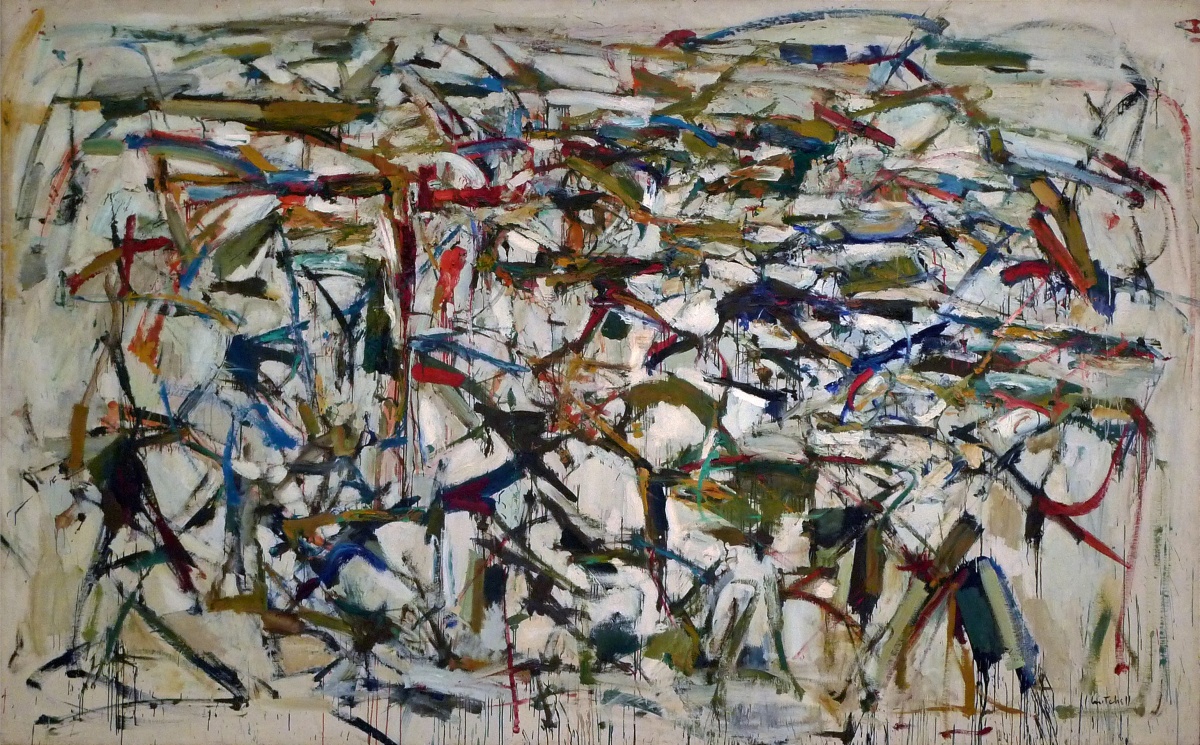 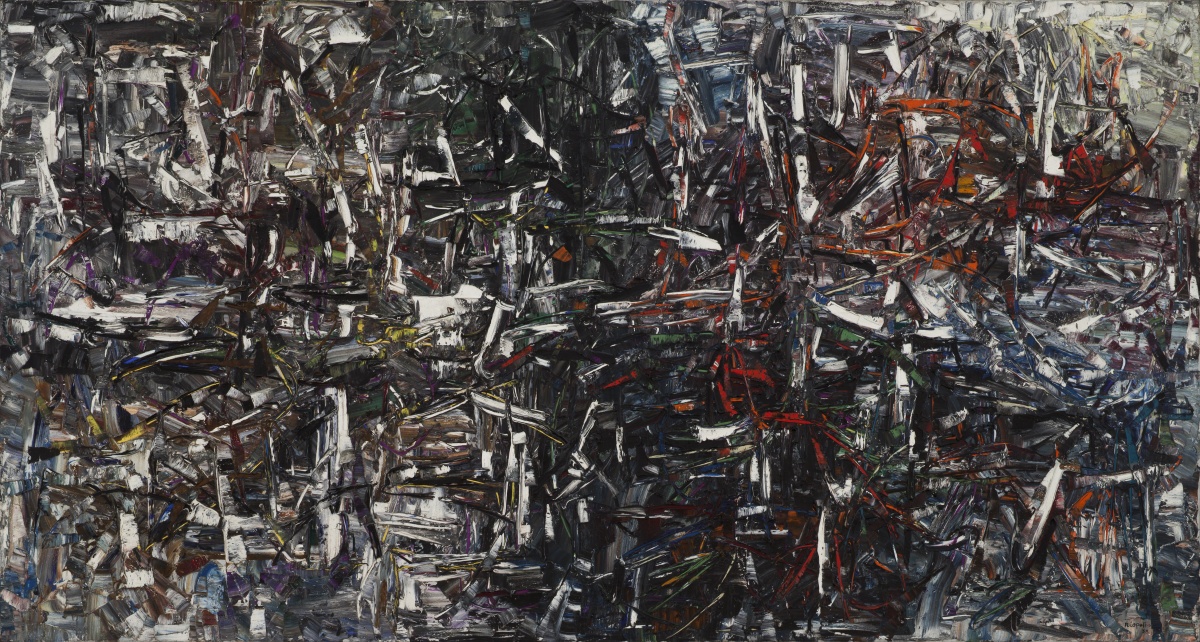 Riopelle’s massive Large Triptych and Mitchell’s monumental Girolata also reveal on overlapping of styles. Both works have dark areas of colour in their outer panels that are at first glance the paintings’ most prominent visual elements. They eventually fade away, however, enabling the lighter panels at the works’ centres to breathe and expand, creating an immersive effect for viewers. 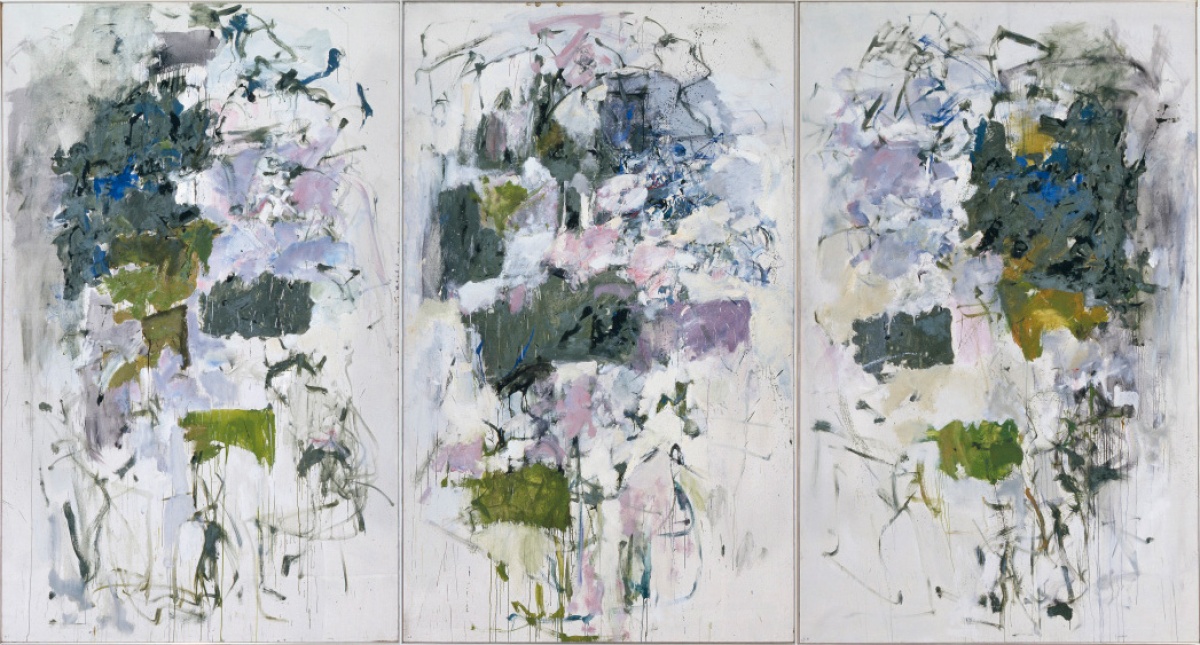 Mitchell and Riopelle had different but fundamentally similar approaches to making two-panel paintings in the 1970s.

Riopelle took one of the panels of his diptych, Micmac, and transferred its image onto a second, blank canvas, where it appears in reverse. He then reworked both panels extensively, enabling each to appear distinct, although they are, in fact, reflections of one another. Micmac refers to the Mi’kmaq people, an Indigenous group of the Gaspé Peninsula and the Atlantic provinces. In French this work also means confusion and disorder. Playing on this idea, Riopelle explores how two visually different but related panels can both complement and conflict with one another when they are made into one whole.

Mitchell dedicated her diptych to her friend Audrey Hess, who had recently died. Each panel of Un jardin pour Audrey offers a different vision of a heavenly garden. On the left, we are presented with the quivering light and variegated brush strokes one would find in a painting by the French Impressionist Claude Monet (1840-1926). On the right, we see a bold and exuberant landscape that might have been inspired by the famous French colourist Henri Matisse (1869-1954). Similar to Riopelle’s diptych, the panels of Mitchell’s work are independent entities that when combined form an unmistakable unity. 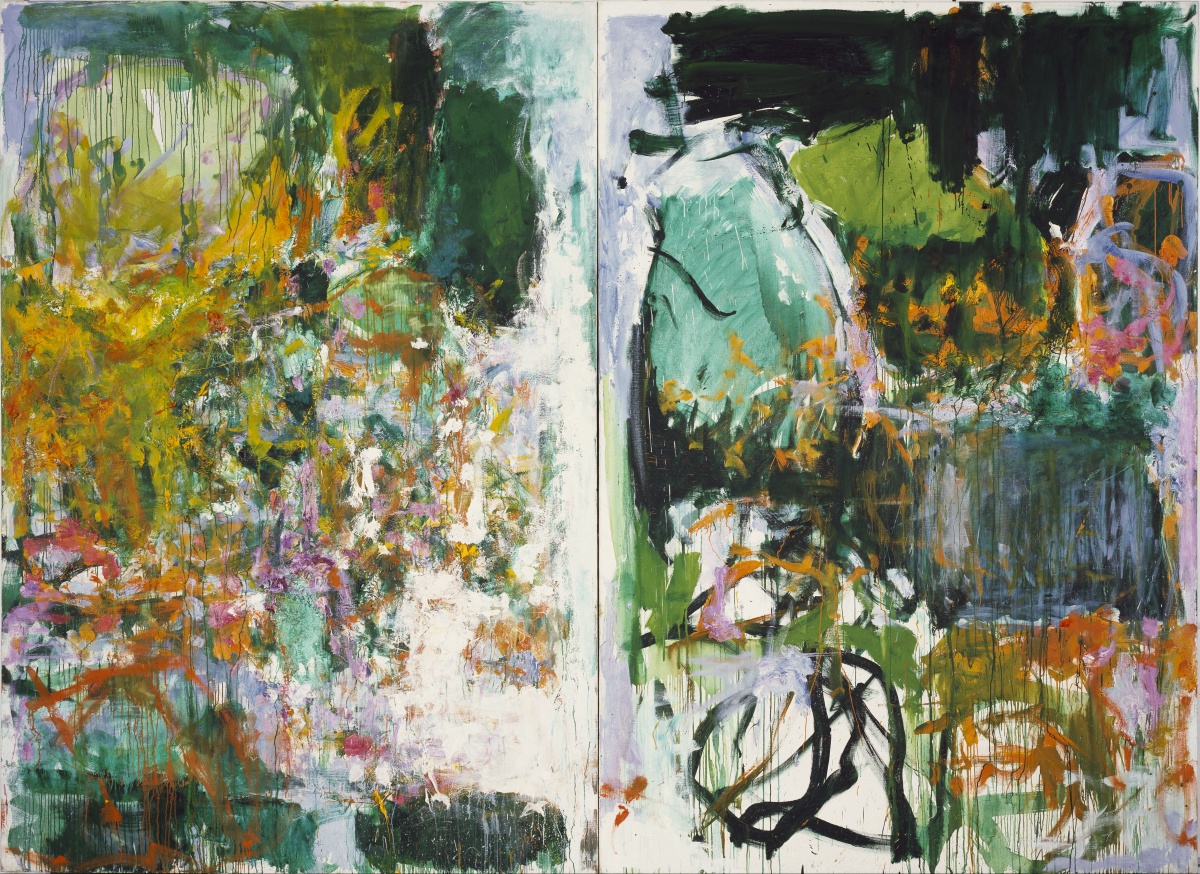 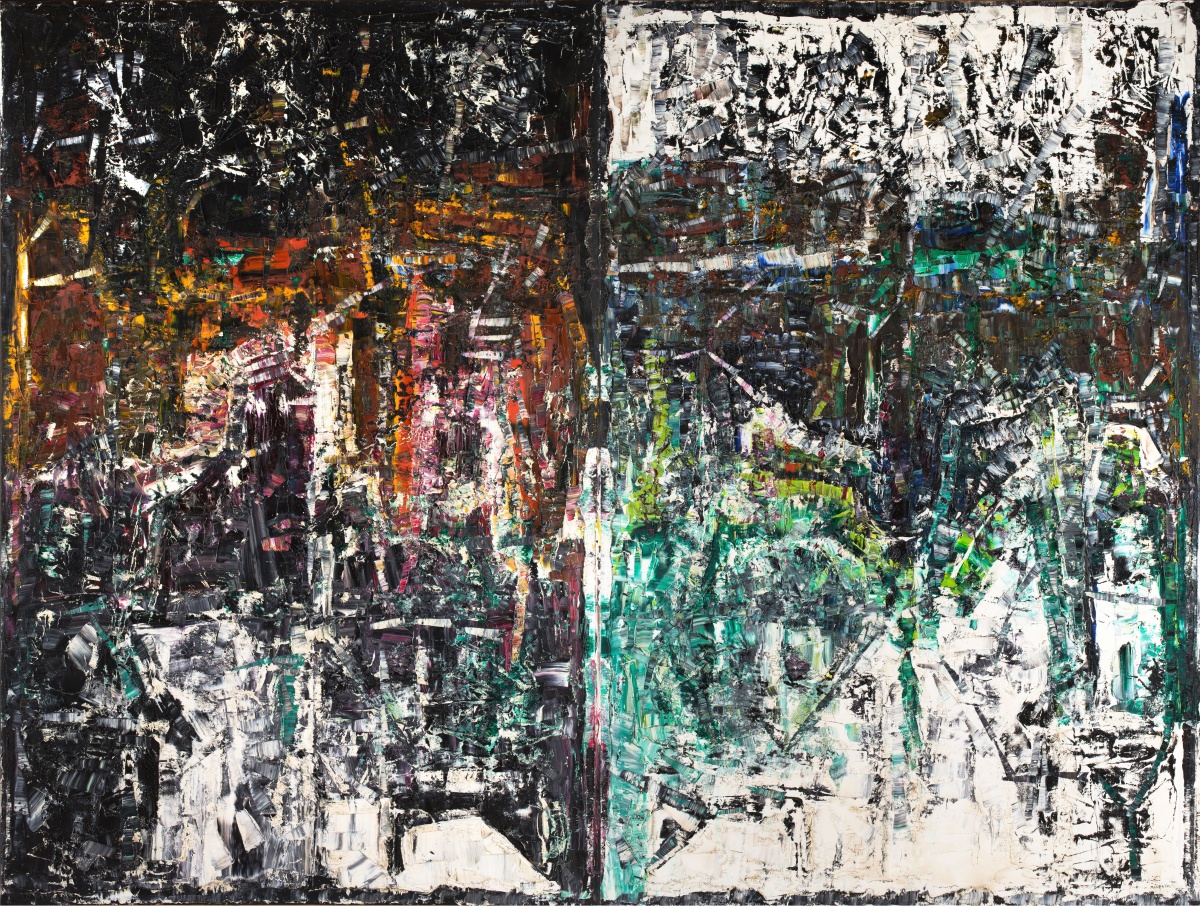 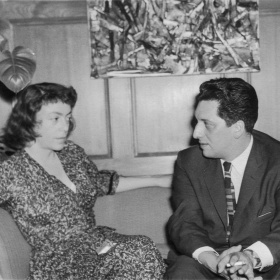 Jean Paul Riopelle and Joan Mitchell, Jasper Johns and Robert Rauschenberg, Wassily Kandinsky and Gabriele Münter, Jean Arp and Sophie Taeuber: these are just four of the many famous modern art couples whose creative interactions animate the annals of art history. What can we learn about and artist's work when we situate it in the context of his or her intimate relationships?  In conjunction with the exhibition Mitchell/Riopelle: Nothing in Moderation, join Kenneth Brummel, Jonathan Katz and Bibiana Obler for a discussion about the influence romantically entangled artists have on one another’s work and on the development of twentieth-century modernism in general.

Enrich your experience of Mitchell/Riopelle: Nothing in Moderation with an audio tour that provides insights and surprising details on select works of art. 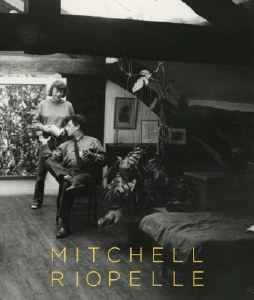 Accompanying the exhibition is a 192-page, bilingual, French-English catalogue, the first comprehensive analysis of the relationship between Mitchell and Riopelle. It will include an illustrated chronology with commentary as well as essays by Michel Martin, exhibition curator at the Musée national des beaux-arts du Québec, Kenneth Brummel and Yves Michaud, renowned French philosopher and author of many essays on Mitchell and Riopelle. 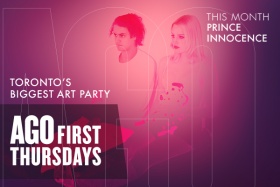 Art Parties
The May First Thursday: With or Without You

May First Thursday/Kusama combo tickets are now sold out. 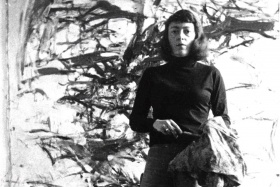 This powerful and intimate documentary of Joan Mitchell blends interviews with the fascinating and complex artist with images of her art. 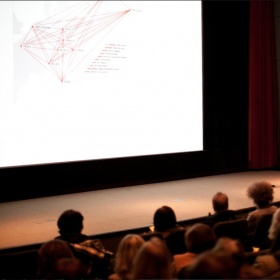 This documentary tracks Jean Paul Riopelle’s day-to-day activities and his life in the studio, providing insights into his creative practice.