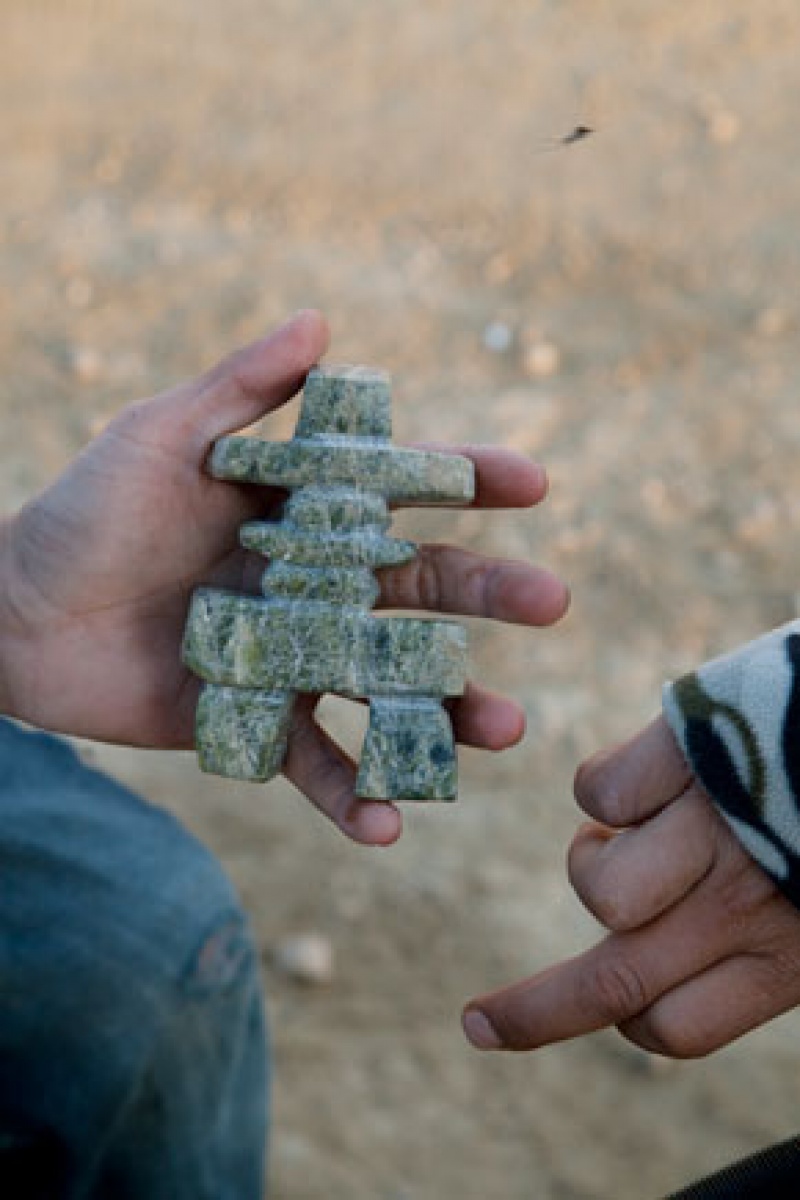 Mohamed Bourouissa was drawn to the Sam and Esther Sarick Collection of Inuit art during his 2013 residency at the AGO. In his practice, Bourouissa often addresses the challenge of communication and understanding across cultural boundaries, and the Inuit collection allowed him to explore issues of appropriation, hybridity and the ownership and exchange of cultural heritage. As part of his residency, Bourouissa set up a workspace in the AGO's Community Gallery in the Weston Family Learning Centre, where he drew and worked with a 3D printer in order to understand Inuit culture through the creative process. Bourouissa has layered monumental drawings of objects from the Sam and Esther Sarick Collection over photographs from a trip he took to the Arctic. To reinforce ideas of exchange, he displays his 3D-printed sculptures on bases that mimic the wooden shipping crates common in Arctic communities.

The AGO Artist in Residence program invites contemporary artists to research our collection and develop new works. Mohamed Bourouissa was the Artist in Residence from July to August 2013. He currently lives and works in Paris, and his residency was part of the Paris-Toronto series organized by the Consulat général de France à Toronto with support from the Institut Français.