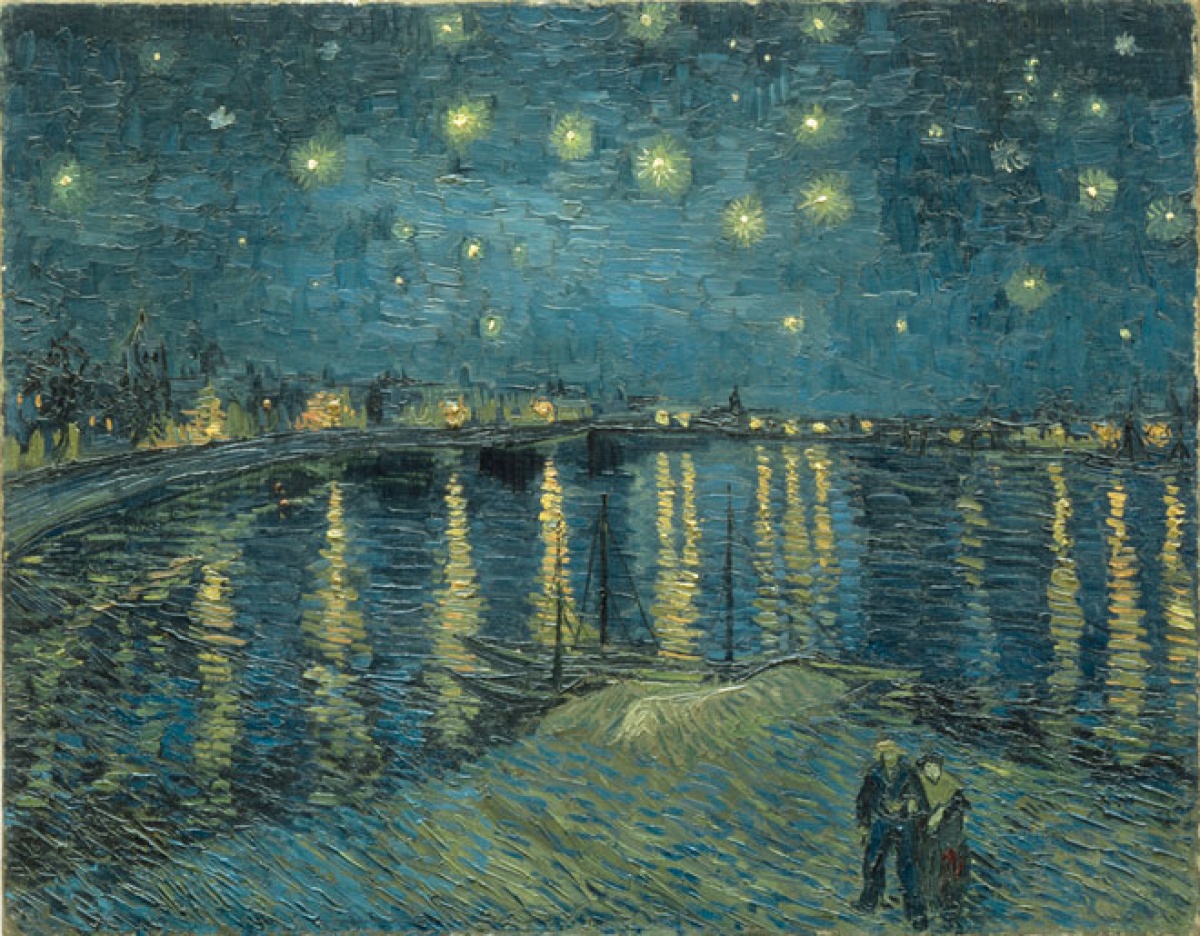 A feast for the senses and the soul.” — GLOBE AND MAIL

Taking visitors on a journey through Europe, Scandinavia and North America, the exhibition features close to 90 extraordinary paintings and 20 works on paper, many of which seldom leave their home museum. Highlights include Vincent van Gogh's Starry Night over the Rhone at Arles from 1888, which prompted him to write about feeling “a tremendous need of —shall I say the word—religion...so I go outside at night to paint the stars”; Paul Gauguin's vivid Vision of the Sermon (Jacob Wrestling with the Angel) from 1888, painted during his sojourn in rural Brittany; Claude Monet's Water Lilies (Nymphéas) from 1907, which he painted after hours of Zen-like meditation beside his Japanese water garden; Edvard Munch's The Sun, created to inspire students in the wake of his well-publicized nervous breakdown between 1910-1913; Georgia O'Keeffe's Series I - from the Plains from 1919, which shows the terrifying power of an approaching thunderstorm in Texas; and a series of mystical lithographs by the recently rediscovered French artist Charles Marie Dulac, which illustrates St. Francis of Assisi's Canticle of Creation.

Mystical Landscapes was conceived and developed by Katharine Lochnan, the AGO's senior curator of international exhibitions, together with Roald Nasgaard and Bogomila Welsh-Ovcharov, in addition to Guy Cogeval and Isabelle Morin Loutrel of the Musée d'Orsay.

The exhibition is timed-ticketed and AGO Members are offered free admission and exclusive previews in the days leading up to the exhibition's public opening.