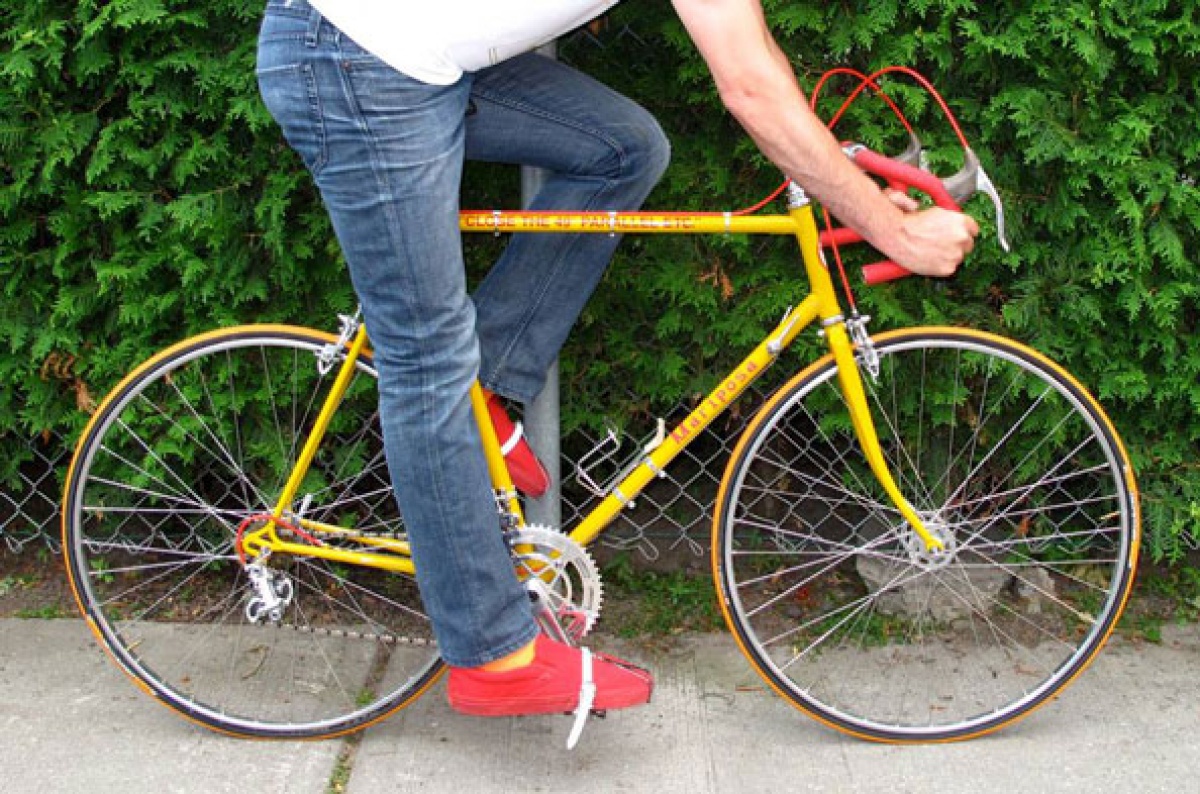 Paul Butler's practice merges artmaking with community building, which has inevitably led him to the work of Canadian artist Greg Curnoe (1936–1992). Based in London, Ontario, Curnoe was deeply committed to advancing the rights of artists while fostering visual arts in his hometown from the 1960s onward, until his sudden death in a cycling accident in 1992. Bicycles were an important subject in the work of Curnoe, who was an avid cyclist and member of the London Centennial Wheelers. In an effort to pay homage to this legendary artist and to learn more about the influence of his artist-run initiatives, Butler organized the public bike tour "Greg Curnoe's London."

Working with Mike Barry, owner of Mariposa Cycle in Toronto, Butler rebuilt the artist's favourite bicycle – Close the 49th Parallel ETC. Using the bike as a research vehicle, Butler rode through London with Curnoe's family, friends and members of the arts and cycling communities, stopping at sites that were personally significant to Curnoe. At each location, local participants such as Gordon Price, Bill Harper and Jason McLean shared stories of Curnoe's life and legacy, which were deeply rooted in his community. Toronto Now brings together the bicycle and documentation of the tour's mapping process, evoking the spirit and drive of Curnoe and his generation.

Since 1998 Butler has hosted the Collage Party, a travelling experimental studio that invites the public to create works in collective spaces, from museums and galleries to schools and non-profit art centres. These art events serve as a forum for ideas, inspiration and connections that engage a spectrum of communities. He has also established The Other Gallery, a commercial gallery dedicated to introducing overlooked artists' practices to the public, and The Upper Trading Post, an invitational website that facilitates the trading of artworks among artists. His experiments in collaboration have prompted him to initiate the experimental art school Reverse Pedagogy, which explores alternative pedagogies. Paul Butler is the inaugural Artist-in-Residence at the Weston Family Learning Centre from September through November 2011.

Tatiana Mellema is a curator and writer from Toronto. She earned her MA in Art History at Concordia University, and has worked at numerous institutions across Canada including The Banff Centre, The Power Plant and the National Gallery of Canada. Her writings on contemporary art have been published in Canadian Art, C Magazine and Akimblog, as well as in a number of exhibition brochures and catalogues.