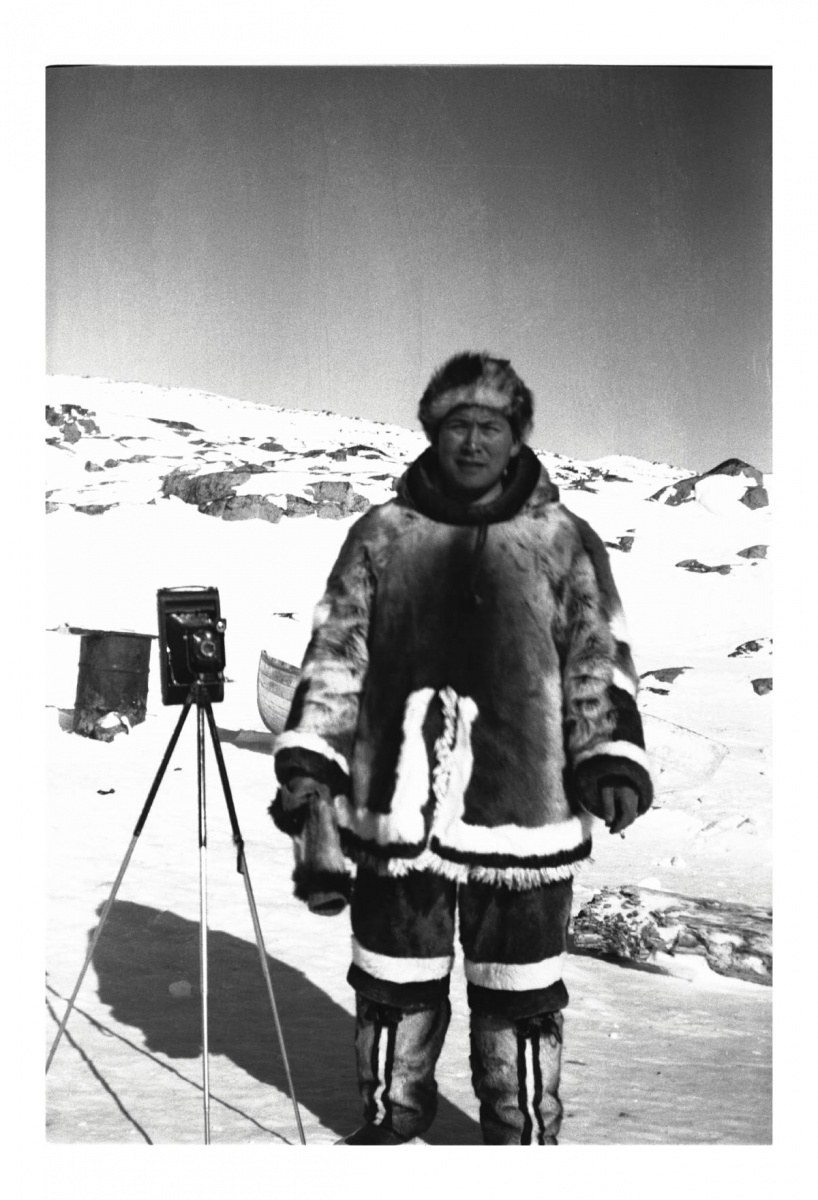 Located on the second floor in gallery 225.

Peter Pitseolak (1902-1973) was the first Inuit photographer. He started taking photographs in the 1930s and acquired his first camera by 1942. He taught himself to process film in an igloo when he was out on hunting trips, and he got used to working in the extreme cold. Many of Pitseolak’s photographs are intimate images of friends and family, but he also recorded seasonal hunting trips and events like the sinking of the steamer-icebreaker Nascopie in 1947. Above all, his work was devoted to documenting Inuit daily life, in the hopes that his grandchildren would use his photographs to understand the old ways. Aggeok, Peter’s second wife, became an active collaborator as an accomplished developer and printer. His eldest daughter Udluriak also became a photographer.