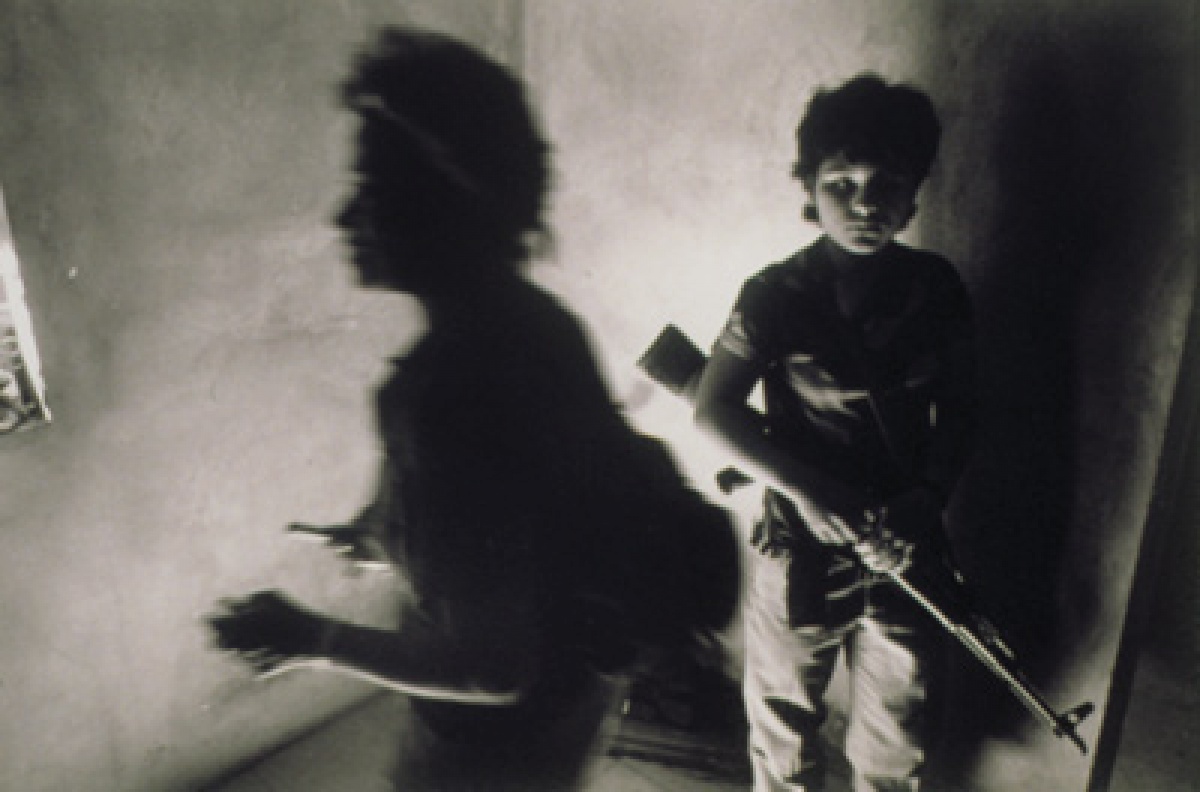 The media has made it evident that in our contemporary society, war and its visual representations are inseparable. The contention of wars - be it the enormity of the two World Wars or regional geographic conflicts - is impossible to fully comprehend and ultimately its tragedies are inconsolable. Many photographers have born witness to its complexity. In this exhibition we look at images by five photographers who were driven by specific events to communicate their vision, experiences and feelings.

The troubling spirit and the heroic atmosphere of an apocalyptic “terrible beauty” is memorialized in the images by an unknown photographer of the First World War. Robert Capa brings the impact of war closer and demystifies its consequences. The images of Bill Brandt and Roman Vishniac reveal intimate tragedies and the impending force of hostility of the Second World War. Larry Towell, in a more recent time, describes in his compelling images the perpetuation of propaganda, the psychology of violence and disregard for human lives. Their conviction that their images can prevent erasure and articulate memory for the larger public is pervasive, as is their challenge to the legitimacy of war itself.