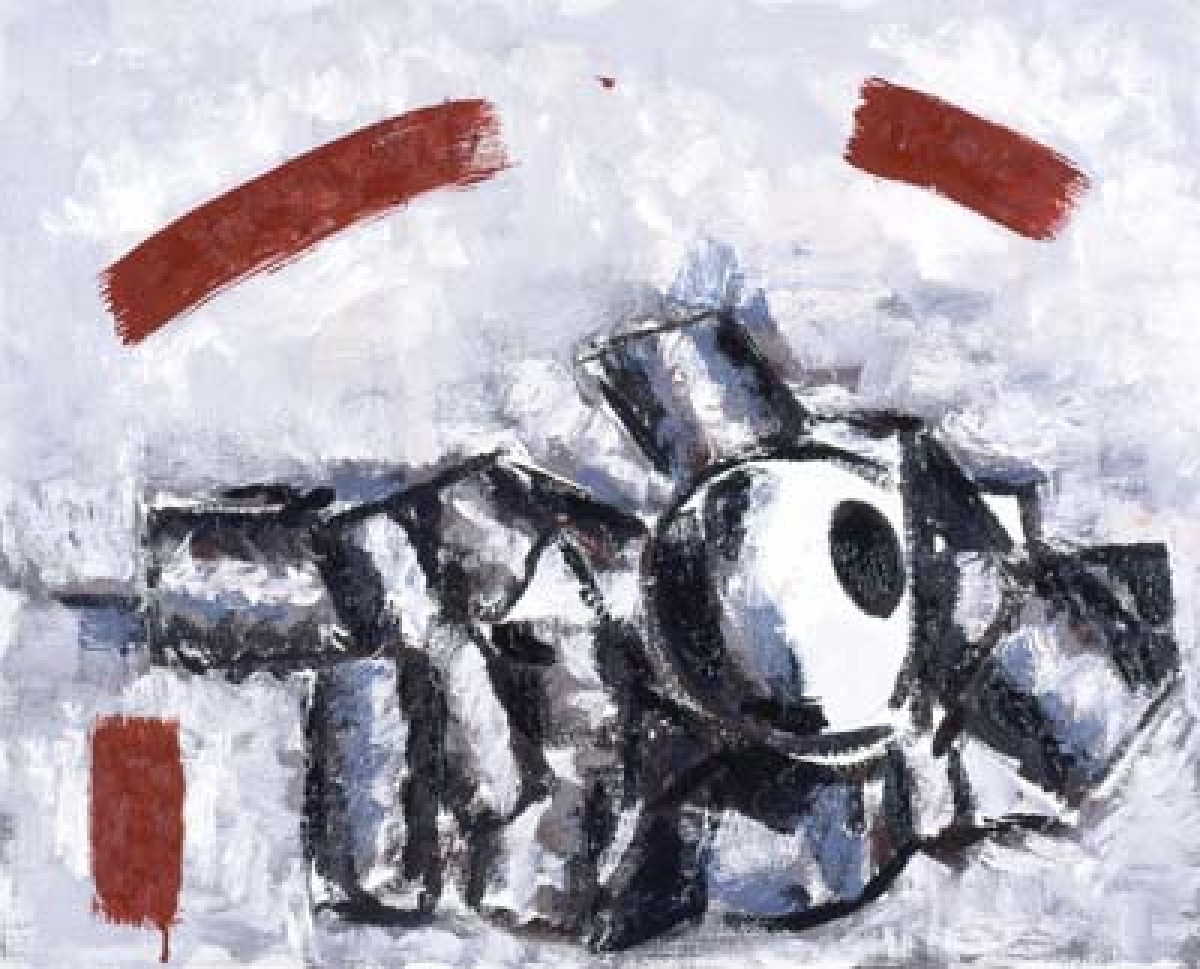 In February 2002, Toronto painter David Urban made a dramatic advance in his studio, departing from the tightly executed oil abstractions for which he is known to produce a group of small, rapid canvases collectively entitled Conventions of Abstract Thought. These improvisations introduce a repertoire of archetypal forms - flowers, mountains, skulls - that evoke and incorporate the traditions of still life, landscape and the cartoon. Spare, rugged and rhythmic, Conventions of Abstract Thought will be shown in its entirety for the first time, with a selection of new paintings Urban made in their wake.