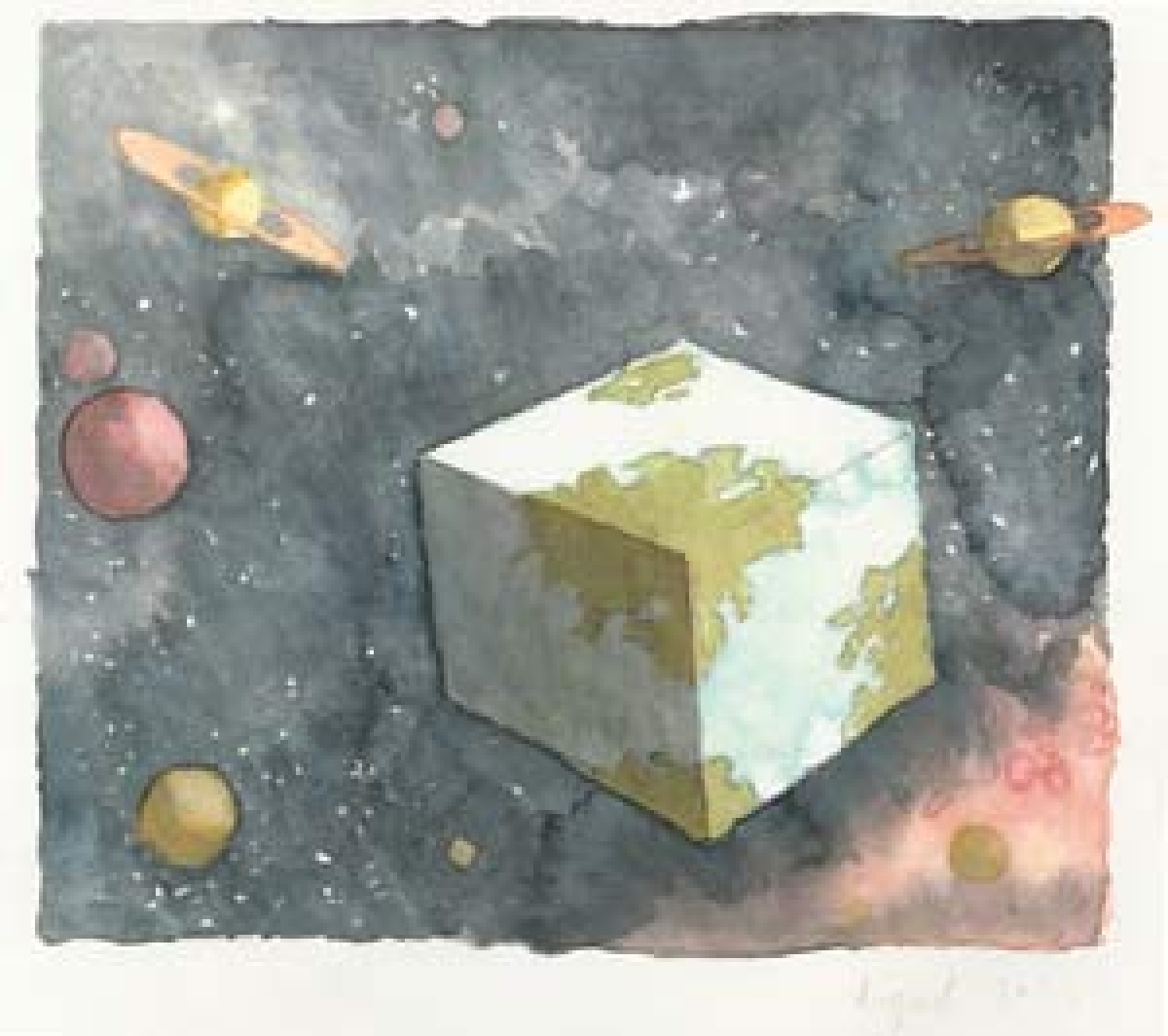 The first Toronto exhibition for painter Neil Wedman, an eccentric at the very heart of the contemporary Vancouver art scene, shows a new body of work, Watercolours of the Bizarro World, 2004. The series depicts the Bizarro World, a weird counterpart to Earth introduced by DC Comics in 1958, as the setting for a simultaneously mutant and id-like parody of its banner Superman series. Wedman imagines the cubic planet as a deviant precursor to Minimal Art and Earthworks, in large-scale paintings on paper, which contrast the heroics of 1960s art movements with the daintiness of watercolour technique.