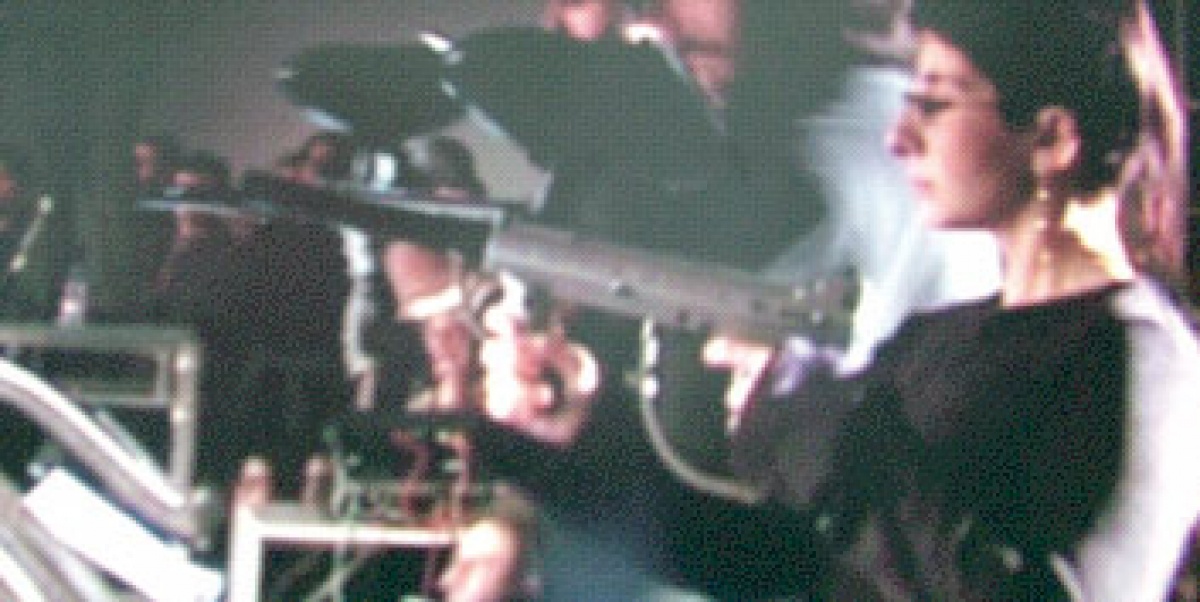 Pioneering a new method of painting, New York-based artist Fabian Marcaccio will direct a squad of eight painters using paintball techniques in the rapid execution of a large scale art work that will transform the walls of Weston Hall, the main entrance to the AGO. South American composer Claudio Baroni has written an original score for this event, to be performed by two trumpet and two percussion musicians, as well as the painter-shooters whose firing guns also function as instruments. The performance will be documented in real time by on-site journalists, including Peter Goddard of the Toronto Star whose text will be simultaneously projected on a screen for the audience to witness.

The painted work will remain on view in Weston Hall until this space closes in early June for the beginning of Transformation AGO.

Conceived and produced by Fabian Marcaccio in conjunction with composer Claudio Baroni, For the Art Gallery of Ontario, Toronto, Canada, May 2005.