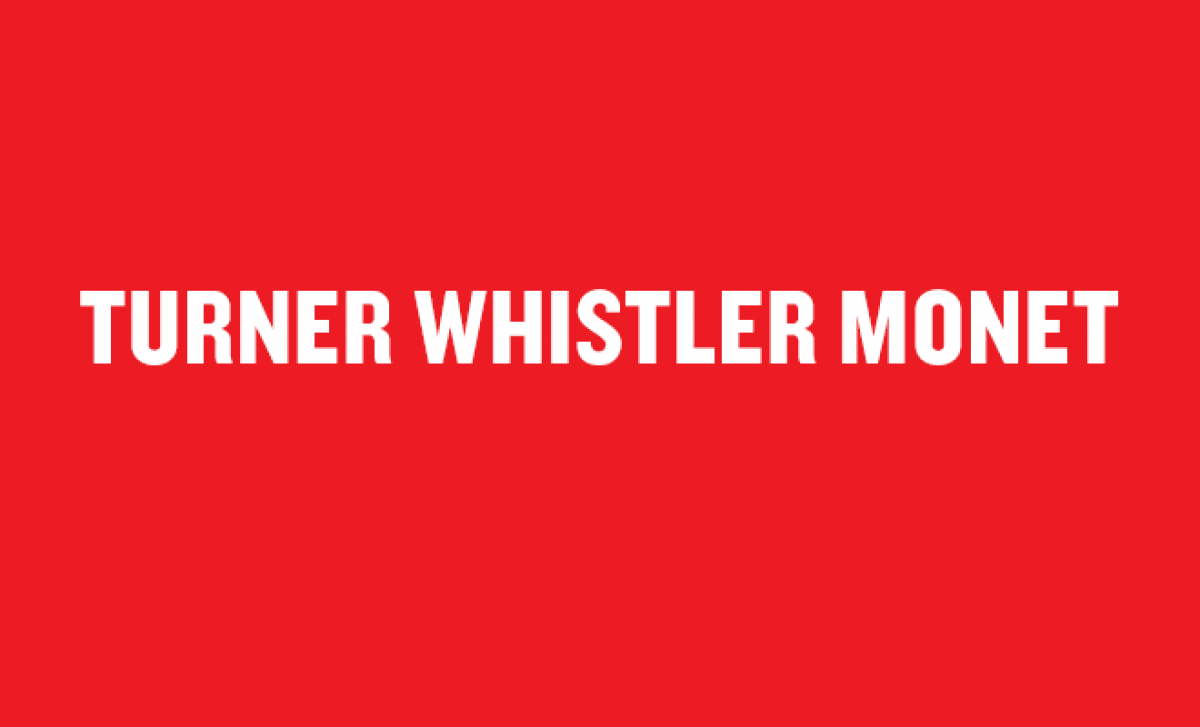 J.M.W. Turner, James Whistler and Claude Monet created some of the most poetic landscapes of the 19th century. This exhibition will follow the three artists from the Thames to the Seine to the Venetian Lagoon, exploring the relationships between their themes and variations. These visionary works will trace the dialogue between British and French art that contributed to Impressionism and symbolism and will explore a new context for the industrial revolution and environmental degradation. The exhibition presents 120 works from British, European and North American collections, including approximately 60 oil paintings and 60 works on paper.

Turner, Whistler, Monet: Impressionist Visions is one of the most ambitious exhibitions the AGO has ever initiated. It will bring a remarkable group of paintings by Turner, Whistler and Monet to Toronto for the first time. We are thrilled with the generosity of our lenders in Britain, the United States, France, Germany and Switzerland, many of whom have agreed to part with works they seldom, if ever, lend.

This exhibition has been organized by the Art Gallery of Ontario, Toronto, Tate Britain, London and the Réunion des Musées Nationaux/Musée d'Orsay, Paris.

"Superbly conceived... tells a riveting story of French-English intermingling - and the birth of modern art." - Sarah Milroy, The Globe and Mail

"...an exceptional exhibition ...the only venue for this show in North America." - Michael Kilian, Chicago Tribune

"...what promises to be one of the most popular and exciting shows in its history..." - Peter Goddard, Toronto Star

The AGO is delighted to announce the publication of Turner Whistler Monet. The catalogue, edited by Dr. Katharine Lochnan, includes contributions by scholars from Britain, France and the United States. The 264-page catalogue, published by Tate Publishing and available in English and French editions, contains colour reproductions of every work and will retail to AGO members for $46.71 ($54.95 regular price).