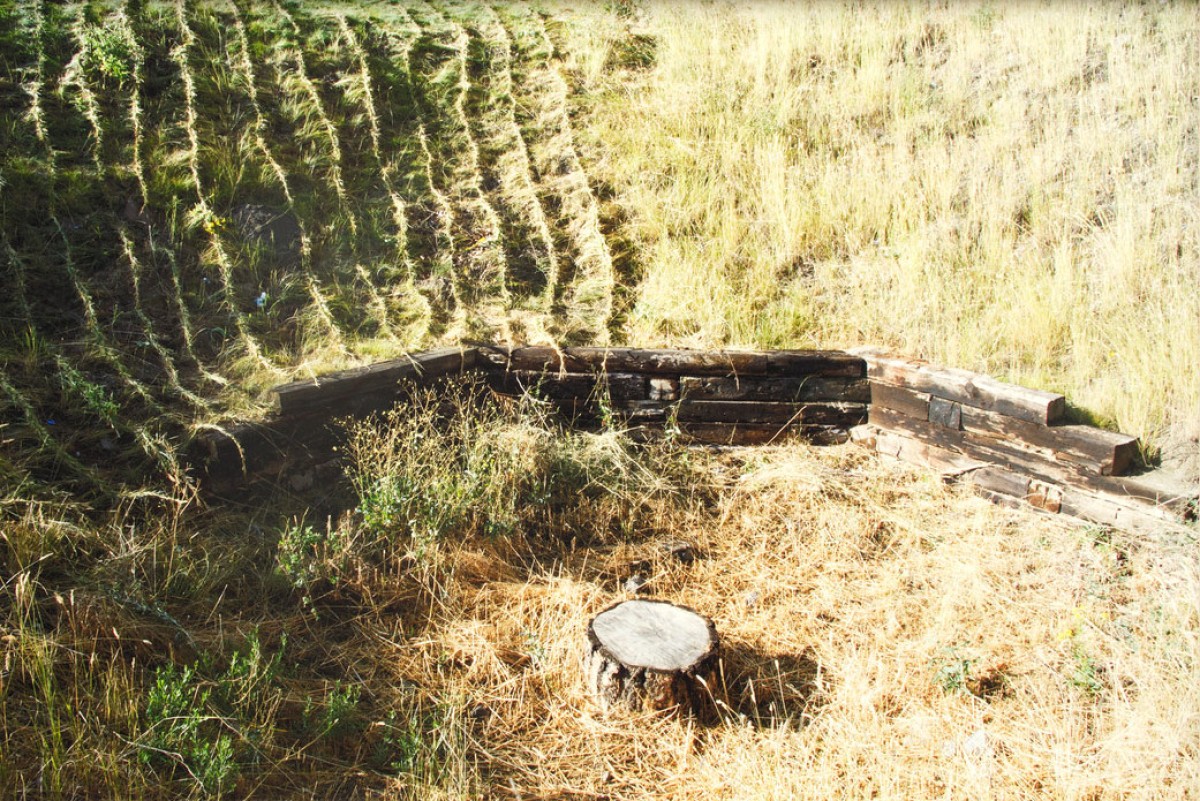 We Are Story: The Canada Now Photography Acquisition 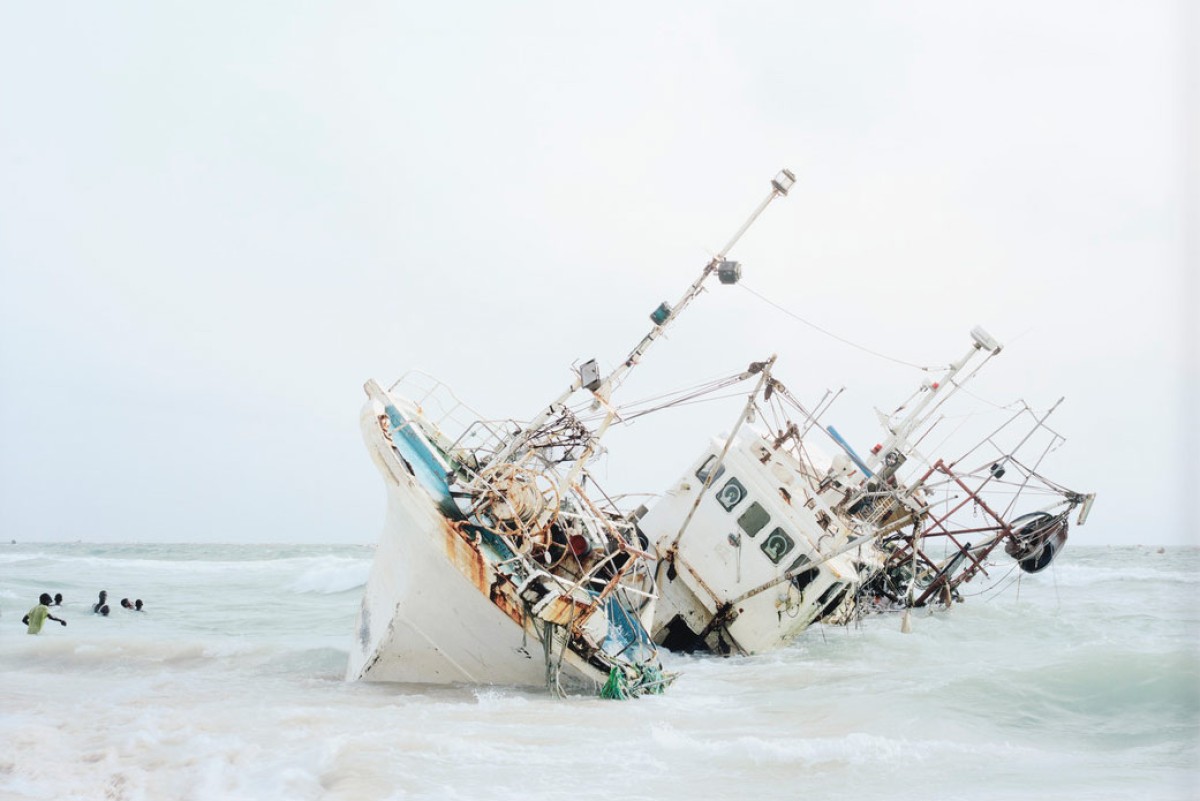 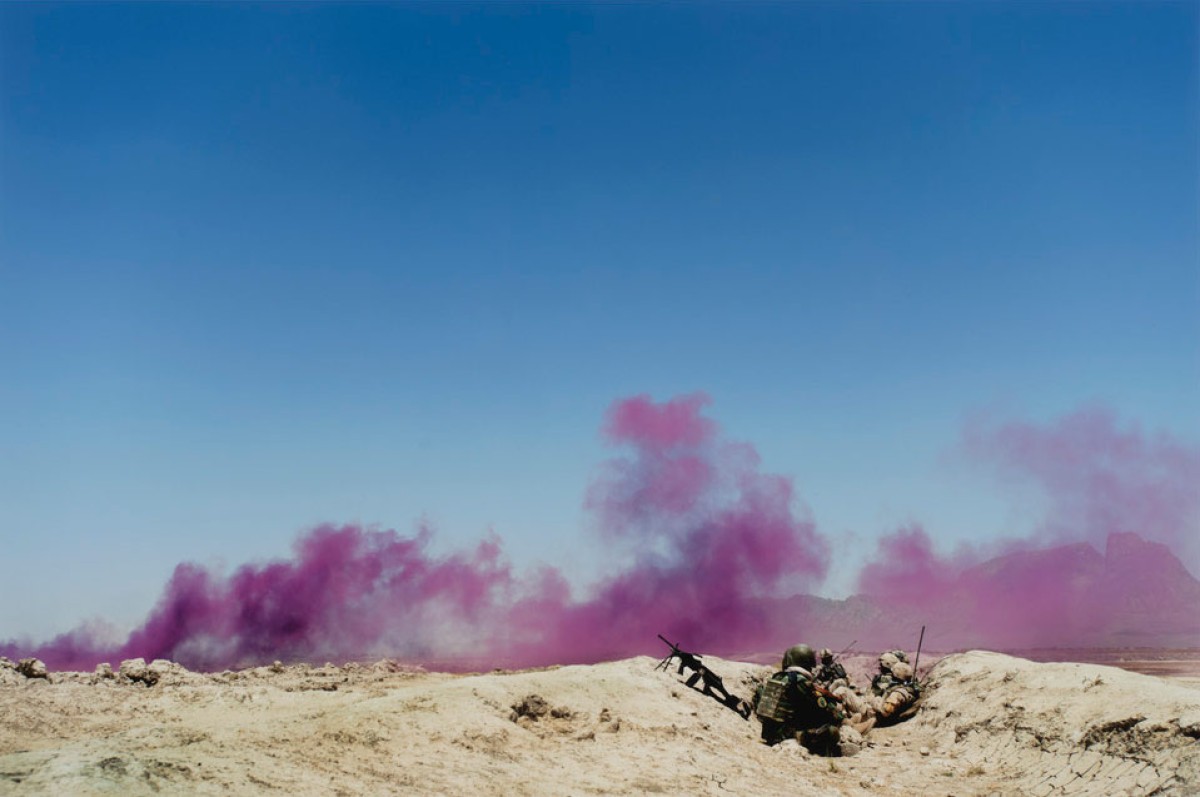 The works, all new to the AGO Collection, were purchased through the Canada Now Photography Acquisition Initiative, conceived in 2020 by Canadian artist Edward Burtynsky and gallery owner Nicholas Metivier in response to the economic impact of the COVID-19 pandemic on artists across the country.

The AGO is grateful for the generous support of a Photography Fellowship provided by the Schulich Foundation.

asinnajaq is an Inuk multidisciplinary artist, filmmaker, writer and curator from Inukjuak, Nunavik. Currently based in Tiohtià:ke (Montreal), she studied filmmaking at NSCAD University in Halifax, Nova Scotia. As the daughter of celebrated filmmaker Jobie Weetaluktuk and Professor Carol Rowan, she grew up immersed in storytelling. Throughout her multidisciplinary practice, asinnajaq weaves together narratives of land, water and Inuit histories. She advocates for the environment, engaging with local communities and disseminating Inuit culture through art.

Raymond Boisjoly is an Indigenous artist of Haida and Québécois descent who lives and works in Vancouver. He earned his BFA from Emily Carr Institute of Art and Design and his MFA from the University of British Columbia. With photography at the core of his practice, Boisjoly employs various imaging technologies to reinterpret existing work. Using scanners, photocopiers and inkjet printers, he transforms archival film footage, pop culture content and everyday objects. Through his artistic interventions, Boisjoly interrogates the way popular media situates Indigenous art and artists within a colonial context. By reworking the "ready-made" object, Boisjoly offers a new a new lens through which the viewer can investigate these everyday items.

Canadian artist Aaron Jones lives and works in Toronto. Jones combines experimental photography and sourced images to create collages that are reflective of his own life and upbringing. The image sources − often culled from his childhood home or from friends − range from National Geographic and Sports Illustrated magazines to Black-owned publications such as Essence, as well as encyclopedias and educational texts. Jones actively looks for Black individuals in the media he mines, finding new and distinct ways to build characters and spaces that reflect his environment.

Toronto-based interdisciplinary artist Laurie Kang holds a BFA in photography from Concordia University, Montreal, and an MFA from Milton Avery School of the Arts at Bard College, New York. She creates installations that concern the body and the forces that shape it. Drawing on biology, feminist theory and even science-fiction, Kang's work reveals the body as a process. Kang says that her work is "…so much about setting up situations for change. We are porous beings, we are always in a state of becoming in relation to other bodies and environments around us." She draws on her Korean heritage, often working with materials that shaped her upbringing. Kang alters, elevates and preserves found materials in thought-provoking ways.

Robert Kautuk is a photographer based in Kangiqtugaapik (Clyde River), Nunavut. He uses a digital SLR camera and drones to capture spectacular views of the Canadian Arctic and his community. With this technology, Kautuk can capture rarely seen moments, activities and landscapes. His work foregrounds Inuit self-determination, and documents, preserves and celebrates traditional knowledge. He has worked as a photographer and researcher for organizations and projects such as the Ittaq Heritage and Research Centre and is a driving force behind the Clyde River Knowledge Atlas. This is a digital platform that documents and records traditional knowledge, while also encouraging Inuit community-led research.

Gabrielle L’Hirondelle Hill is a Vancouver-based Cree and Métis artist and writer living on unceded Musqueam, Skwxwú7mesh, and Tsleil-Waututh territory. She grew up immersed in Indigenous storytelling and literature. Working in mixed media, including photography and sculpture, Hill examines the function of public spaces. Who claims and uses these spaces? How do we navigate issues of land access and ownership? She asks: "Can Indigenous artists ever make public art that doesn't displace them?" Hill is a member of BUSH gallery, an Indigenous artist collective. The collective seeks to dismantle Western-centric models of artmaking and criticism in favour of Indigenous teachings and practices.

Sanaz Mazinani is an Iranian-born multidisciplinary artist, curator and educator based in Toronto. She holds an MFA from Stanford University and a BFA from the Ontario College of Art & Design. Working with photography, sculpture and large multimedia installations, she reflects upon digital culture in her art, and asks how image circulation affects ideas of representation and perception. By exploring pattern, repetition and Islamic ornamentation, she aims to politicize image distribution. Mazinani's unique visual language invites viewers to critically reflect and rethink how we see.

Jalani Morgan is a first-generation Canadian cultural anthropologist and photographer based in Toronto. His body of work ranges from reportage to formal studio portraits. Morgan is the photo editor for the West End Phoenix, an independent, non-profit community newspaper known for its diverse storytelling. He also produces commissioned editorial works for news organizations, magazines, and brands, including The Globe and Mail, BBC News, VICE, Maclean's, Nike and Converse. Morgan's personal dedication to chronicling Black life − in both a Canadian context and a larger African diasporic context − underscores his approach to photography. Morgan's connection to his subjects is evident throughout his multifaceted practice.

Canadian documentary filmmaker and photographer Louie Palu examines socio-political issues, such as war, in his work. For over 30 years, he has explored human rights conflicts, poverty and strife, both nationally and globally. Born in Canada to Italian immigrant parents who witnessed the violence of the Second World War, Palu grew up hearing their stories of trauma and poverty. These stories helped shape his voice as a documentary photographer. To this day, Palu has created 12 series that examine the humanity within conflict. His photographs challenge the stereotypes associated with conflict photography, as he affords his subjects with agency. His work also draws on the tension between the photograph as a document and as an art object.

Dawit L. Petros is an Eritrean-born, Canadian-raised, Chicago and Montreal-based artist. He spent his formative years in Ethiopia and Kenya before settling in Saskatchewan with his family in the 1980s. These experiences of migration helped shape his artistic practice. Through his work, Petros investigates the entanglements of colonialism and modernism that bind Africa and Europe − from both a historical and contemporary point of view. He works across a range of media, including sculpture, video, sound and installation, but his core medium is photography. His photographs raise questions about displacement, identity and the transnational experience of cultural negotiation.

We Are Story - Jones

We Are Story - Kang

We Are Story - Hill

We Are Story - Morgan

We Are Story - Petros