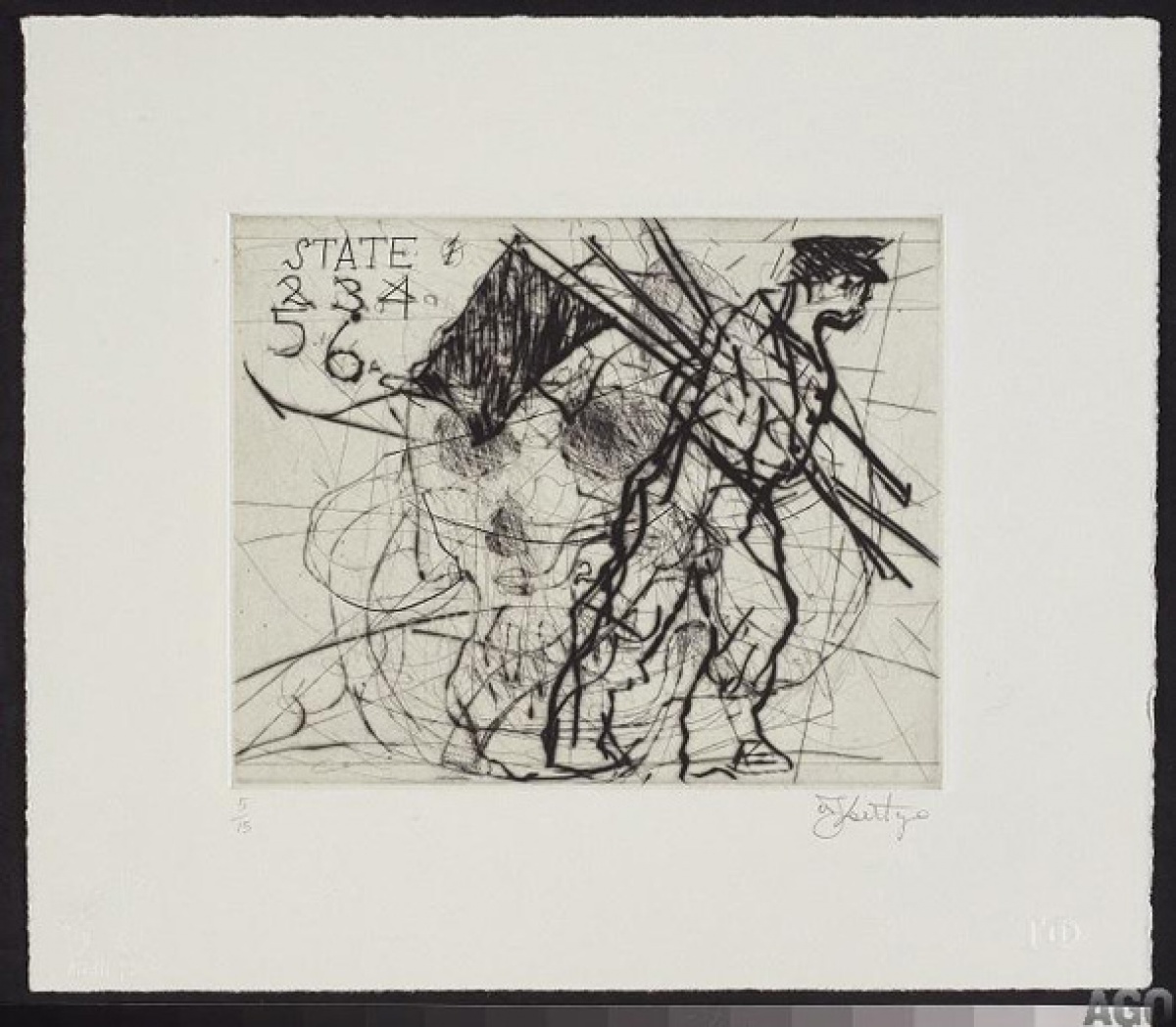 “Over the last thirty-five years printmaking has been close to the centre of the work I have done. Prints have never been a side journey or in the margins.”

The art of William Kentridge is rooted in the social and political turmoil of his native South Africa during the era of apartheid. His experimental projects cut across media and include printmaking, drawing, film animation, sculpture, books and the performing arts.

Kentridge began his career as a printmaker, discovering etching as an art student in Johannesburg in the 1970s. His approach to printmaking involves repeatedly altering and reprinting the image, allowing previous markings on the plate – the vestiges of the past – to coexist with the present.

The seven works on view in this intimate installation are are representative of Kentridge’s printmaking activity at the beginning of this century. They are populated by marching figures, animals and hybrid creatures, part human and part machine, which move through ambiguous, dreamlike spaces. These are the first works by Kentridge to enter the AGO collection and were generously donated by Dr. Michael Braudo in 2007.