Eva Respini is the Barbara Lee Chief Curator at the Institute of Contemporary Art/Boston. There, she has organized Liz Deschenes and Nalini Malani: In Search of Vanished Blood, as well as First Light: A Decade of Collecting at the ICA, a major exhibition of the permanent collection marking the ICA/Boston's 10th year of collecting in the Diller Scofidio + Renfro building on Boston's waterfront. Respini previously served as Curator at The Museum of Modern Art, where she organized the critically acclaimed retrospectives Cindy Sherman, Robert Heinecken: Object Matter, and Walid Raad, as well as exhibitions with artists Klara Liden, Anne Collier, Leslie Hewitt, and Akram Zaatari. Over the course of her 15-year tenure at MoMA, Respini organized major retrospectives as well as important thematic exhibitions such as Pictures by Women: A History of Modern Photography and Staging Action: Performance in Photography since 1960. She is the author of Cindy Sherman (2012); Robert Heinecken: Object Matter (2014); Walid Raad (2015); Liz Deschenes (2016); and the thematic books Fashioning Fiction in Photography since 1990 (2004) and Into the Sunset: Photography’s Image of the American West (2008). Respini has held the position of Visiting Critic at both the School of Visual Arts at Columbia University and the School of Art at Yale University. In 2014, she was a Fellow at the Center for Curatorial Leadership in New York. Respini received a Master of Arts in Modern Art and Critical Theory from Columbia University. 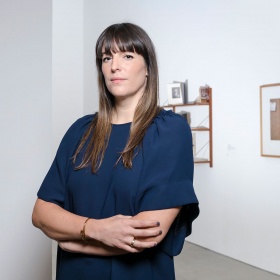