Université du Québec à Montréal
Benoît Brousseau was born in Outaouais and has lived in Montreal since 1997. He is currently completing a BFA in Visual and Media Arts at the Université du Québec à Montréal. Although he works primarily with photography and video, his work often takes the form of installations which integrate other mediums such as sound and text. Experimenting with various techniques, surfaces and photographic materials from one project to the next is integral to Brousseau’s practice. His work often explores themes like the effect of time on identity, death, physical and psychological pain, the search for identity, and the memory of places, people and things. The various existential traces he examines form the conceptual basis of each series.

He has recently exhibited locally at Cégep du Vieux Montréal, at UQAM’s CDEx gallery, at Place des Arts, and as part of Montreal’s 375th birthday. As a finalist of the inter-university photography contest, one of his images will be part of a travelling exhibition in 2017-2018. 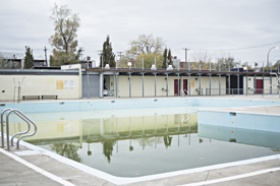