University of Guelph
Sarah Hernandez, born in Toronto, Ontario, is currently working towards completing her final year of undergraduate studies in Studio Art at the University of Guelph. She was raised in a family that has culturally influenced her upbringing. Spirituality and superstition have large roles in her everyday life since childhood. She has been raised to believe in ghosts, mediums, rituals involving the spirits of the afterlife, the mythical santeros of Caracas, prayer, apparitions, the meaning of nightmares and the power of dreams. She uses photography to project these beliefs into snippets of time, integrating them into the world and capturing such beliefs, grabbing a hold of the essence of an other-worldly place. Ultimately Sarah's work is a contemporary reflection of cross-culturalism that is non-conventional and represents a cultural metamorphosis of beliefs from childhood to present day. 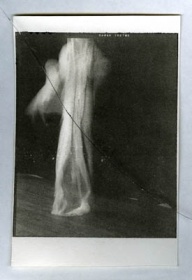