University of Manitoba
Graham Wiebe, born in Winnipeg, Manitoba in 1994, is currently working on his B.F.A. (Hons) Degree at the University of Manitoba. His artistic practice challenges the idea of the snapshot and its ability to capture a moment of artistic seduction. His hometown of Winnipeg provides an endless curiosity of public and private instances of nostalgia. Heavily influenced by youth subcultures, his photographic work allows a combination of impulse and irony to entice a narrative. 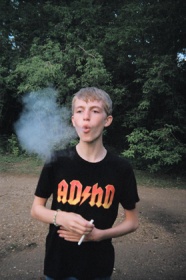