University of Lethbridge
Daniel Schrempf was born in Regina, Saskatchewan in 1993 and moved to Lethbridge, Alberta in 2006. He has recently completed his third year in the BFA New Media program at the University of Lethbridge. While initially wanting to become an Architect, his focus shifted towards photography early on in his undergraduate studies. Following a two-week solo trip along the American west coast, his series 123°w appeared in a local exhibit ArtWalk, an event created by the Allied Arts Council of Lethbridge. Among other projects, he has recently finished a documentary work on Northern Poland consisting of 20 analog silver prints and 20 digital inkjet prints that comment on the variance of time periods that are represented within the country. His work explores his fascination with the highly involved practices of analog photography, how a digital medium can be returned to a similar complicated process, and how this purism magnifies and expresses the beauty of the human engine in the resulting images. 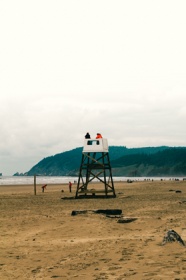